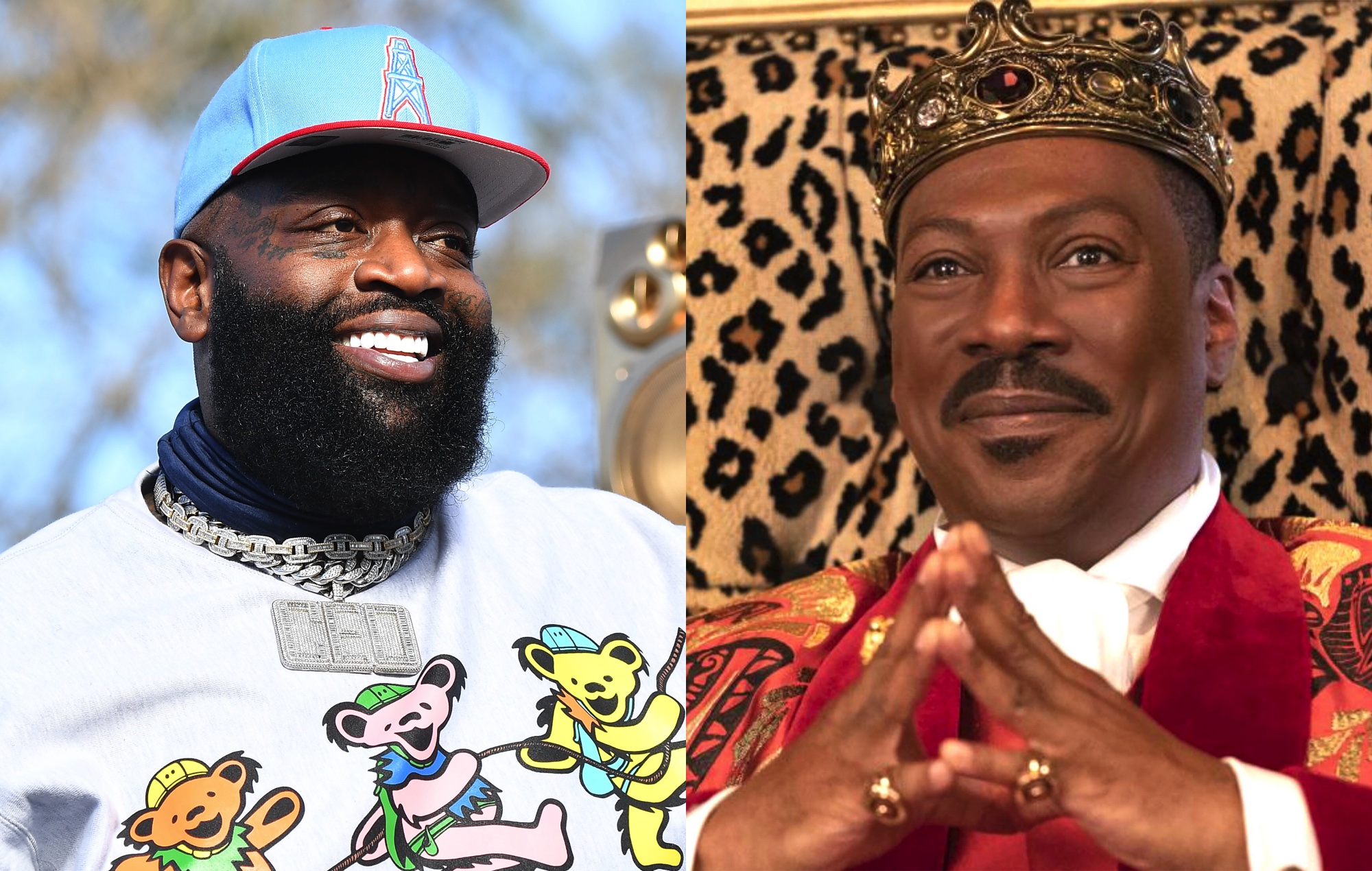 Rick Ross has secured a spot in cinema history, with the rapper revealing that his real-life home in Georgia served as the Zamundan palace in the recently-released Coming 2 America.

Speaking to Variety, the rapper said that he was very happy his 45,000 square-foot mansion in Fayetteville could serve as the set to the sequel of 1988’s Coming To America, which happens to be one of his favourite movies.

“They changed the wallpaper in the dining room so I asked them to keep it up there,” Ross explained of the cosmetic changes made to the house during the film’s production.

“They also created that huge dining room table for a dining scene that seats 50-60 people, and they left that for me as a gift. It’s humungous.”

There were five key locations in the house that were used in the film – the entrance foyer, two large rooms with 18-foot ceilings, the dining room and a bedroom, which was Ross’ own.

The Craig Brewer-directed filmed arrived on Amazon Prime earlier this month. In a review of the film, NME‘s Paul Bradshaw wrote, “It’s nice to spend a bit of time back in the palace of Zamunda, but there’s definitely still only one comedy classic that belongs on the throne.”

Interestingly, former NFL player Chad “Ochocinco” Johnson recently claimed Ross and Drake have a joint album on the way, though neither rapper has confirmed this.