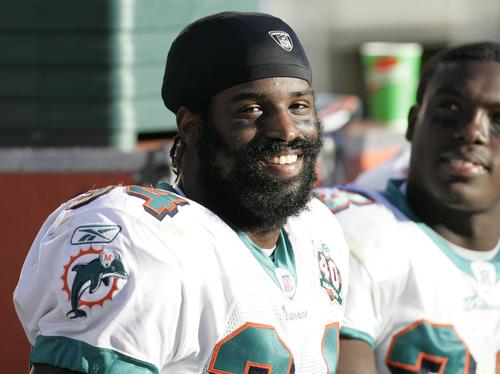 The exact location the party still has not been announced but the flyer indicates there will be plenty good food, drinks and weed to go around.

According to the flyer, the party will be limited to just 50 people, by invitation only, who will be notified the location upon successful RSVP.

“Eat, drink, smoke and watch the game with Ricky and his friends,” reads the flyer.

“Join Ricky for an intimate and exclusive Super Bowl experience at a private residence in the Hollywood Hills. Food and drinks included. Attendees welcome to BYOW” (bring your own weed).

You can RSVP to Ricky Williams’ Super Bowl bash by RSVPing to: WilliamsSuperBowlParty.SplashThat.com.

Williams was drafted out the University Texas by the New Orleans Saints fifth overall in the 1999 NFL Draft and spent three seasons with the team before he was traded to the Miami Dolphins in 2002. He played for the Dolphins for two seasons, and retired for the first time from football in 2004 after testing positive for marijuana several times. Due to his suspension from the NFL in 2006, he played for the Toronto Argonauts that year before re-joining the Dolphins in 2007.