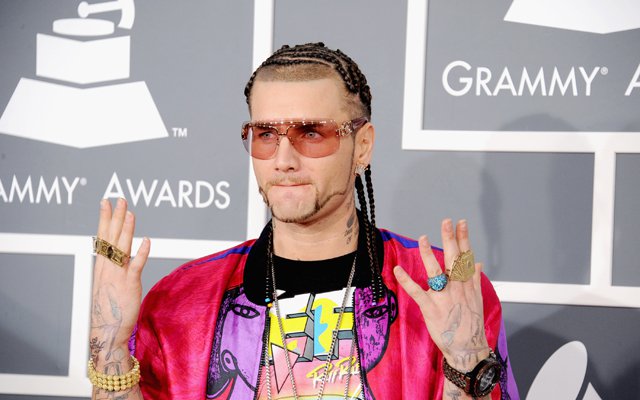 The accusations against RiFF RAFF were originally levied by Eliza Stafford on Facebook, who recounts an event in 2013 during which she was allegedly coerced, drugged, and raped by the rapper. Stafford claims she was offered vodka which turned out to be codeine, after which she blacked out.

Stafford writes, “I woke up as Riff raff was pulling out of me and getting in to the shower. I crawled – truly, on all fours -out of the hotel room and managed to get outside where I booked a taxi who wouldn’t take me because I was ‘too drunk’.”

In 2013 I was raped by a man whose stage name is “Riff Raff”. I went to his show because my boyfriend at the time was a…

TOUR UPDATE: we have been made aware of allegations made against Houston rapper Riff Raff. Audiopaxx takes these matters…

Today, another woman, Kelsey Doucette, has come forward with her own story. She claims that RiFF RAFF made unwanted advances toward her at a Warped Tour event in 2015, when she was 17 years old.

“He told me we could go in his shower. Told me he would use a condom. I kept saying no,” wrote Doucette. “Finally I told him, ‘Look, I’m not sleeping with anyone today.’ And he was still in this dazed state trying to touch on my thighs and he kissed up my neck and said, ‘Come on, I’ll even let you have my baby.’”

So this may not be fully known yet, but it really should be. This year has seemed to be all too filled with artists…

RiFF RAFF’s team has yet to issue a statement, nor have any charges been brought against RiFF RAFF that we know of.