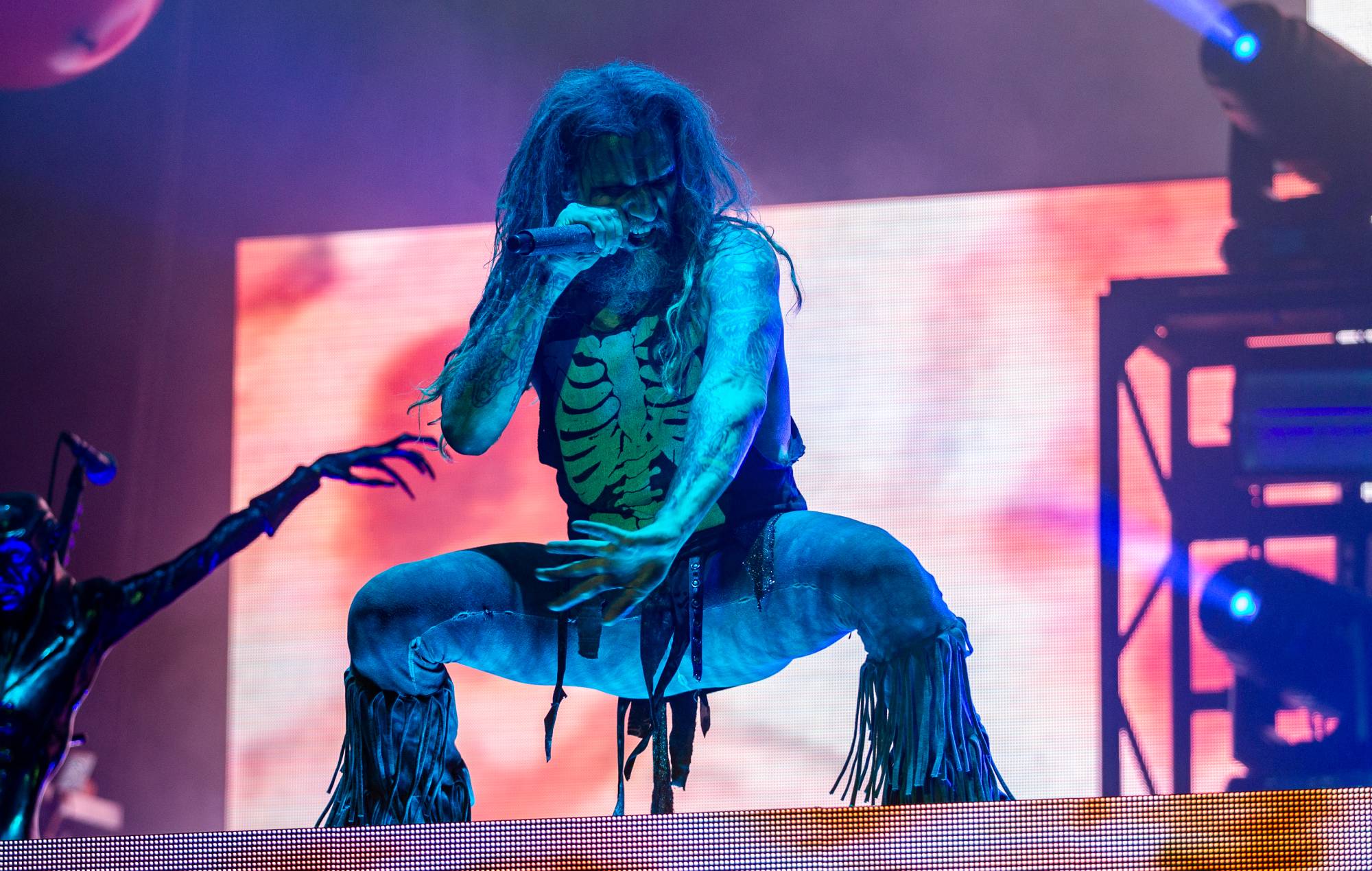 Rob Zombie has launched a new organic coffee called ‘Dragula Fuel’ – a nod to the name of his debut single.

His last coffee made with the brand, ‘Hillbilly Brew’ “proved so popular” according to makers that “another flavour was in order.”

A description of the product reads: “The Officially Licensed Rob Zombie Dragula Fuel is a proprietary USDA Organic blend of coffee beans from Uganda and Guatemala. The Uganda coffee beans are from the sub-region of Uganda and are grown at an elevation of 1,600 meters.

“The Guatemalan beans are from the Huehuetenango growing region and are grown at an elevation of 1,220 – 1,829 meters. The Officially Licensed Rob Zombie Dragula Fuel is ethically sourced and 100% USADA Certified Organic coffee.”

The packaging of the coffee has been designed by David Hartman, who also did the  artwork for Zombie’s previous coffee collaboration.

You can order the new coffee here.

Last year, it was revealed that Rob Zombie’s next film project would be an adaptation of The Munsters, the classic supernatural sitcom of the 1960s.

The metal musician-turned-film director confirmed the news on social media last June. “The rumors are true!” he wrote in the caption of an Instagram post. “My next film project will be the one I’ve been chasing for 20 years! THE MUNSTERS! Stay tuned for exciting details as things progress!”
The project will be produced under 1440 Entertainment, a subsidiary of Universal Pictures which deals primarily with direct-to-video films. A report by The Hollywood Reporter suggested that the film will also be heading to streaming service Peacock, though no details about its cast or release date have been announced.

The Munsters is centred on a family of friendly monsters who relocate from Transylvania to the suburbs of America. The show ran for just two seasons from 1964 to 1966. Through the ensuing decades, several feature films and spin-off television series have been produced, including Mockingbird Lane, a television remake developed by Hannibal‘s Bryan Fuller. A pilot for the series was released in 2012 but was not picked up for a full season.

Zombie’s ties with the ’60s sitcom run deep as his breakout 1998 single ‘Dragula’ had taken its name from a car in the show. He has since continued to produce music and feature films, releasing his seventh studio album ‘The Lunar Injection Kool Aid Eclipse Conspiracy’ in March this year.