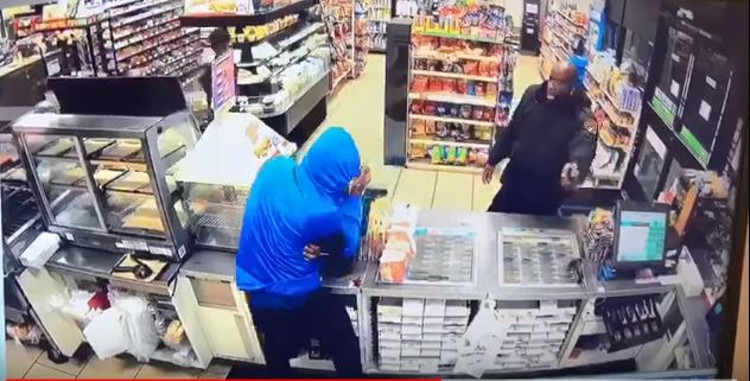 If you're going to commit an armed robbery, you may want to check for armed security guards.

That goes double when your guns are fake.

Two robbers who tried to knock over a 7-11 in Hamilton, N.J last week learned that lesson the hard way. Watch what went down.

There was more criminal comedy a few moments later with this exchange.

It's safe to say the security guard has been waiting his whole life to bust in like that. And he didn't disappoint, catchphrases and all.