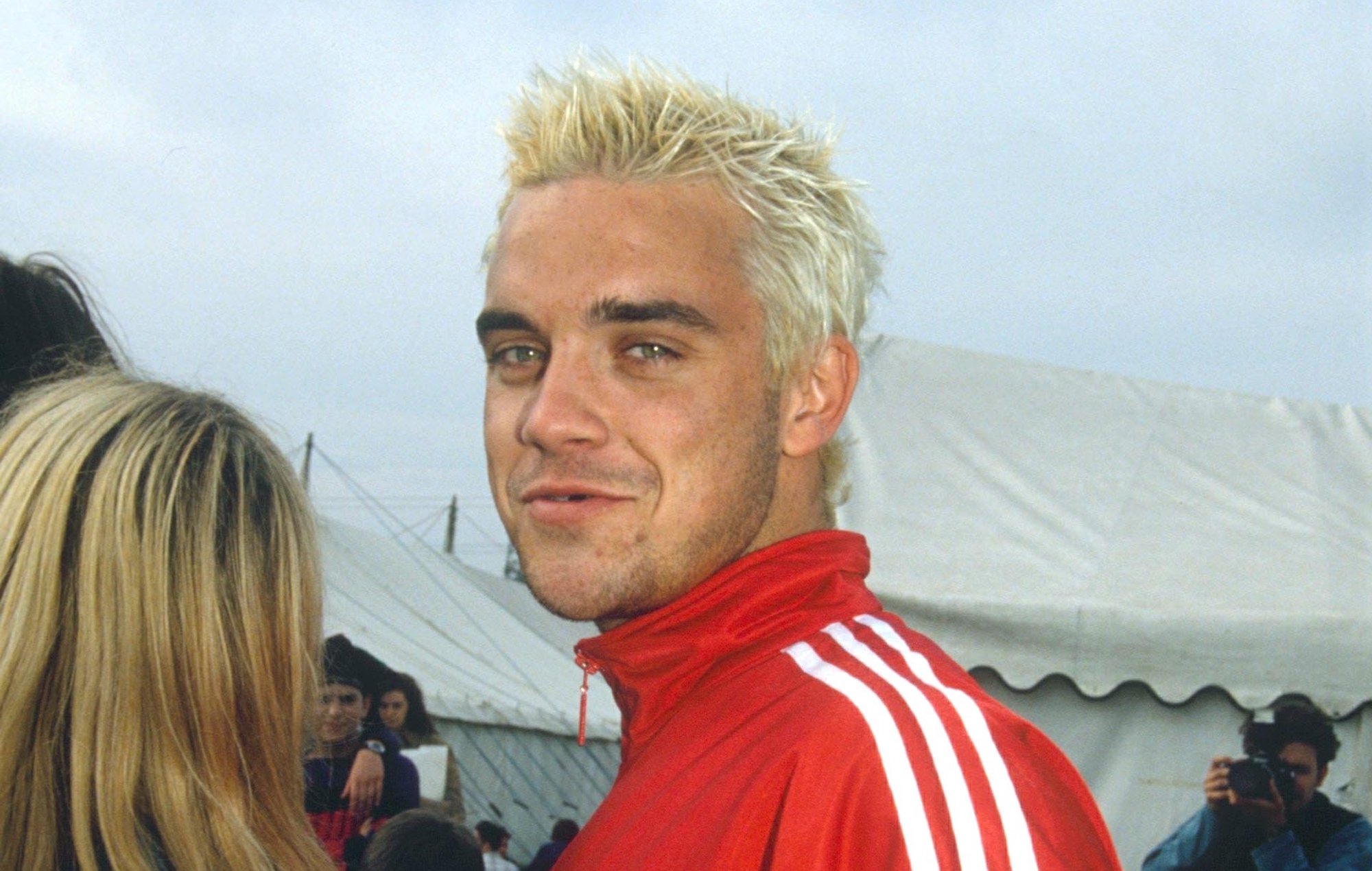 Robbie Williams has said that partying with Oasis at Glastonbury in 1995 was the “start of his new life”.

Williams made the comments as he kicked off his ‘XXV Tour’ at The O2 in London on Sunday (October 9).

Williams reminisced on stage about the memory of partying with Oasis at the festival shortly after he made the decision to leave Take That.

While relations between Williams and the Gallagher brothers later took a turn, Williams acknowledged that the moment was central to him starting on a new path.

Before performing a cover of Oasis’ ‘Don’t Look Back In Anger’, Williams said: “I started getting ideas about writing my own songs. One thing led to another and I made the cardinal mistake of breaking the rules. They couldn’t contain me anymore.

“I set off with [a] flute full of champagne and a pocket full of cocaine, ready to get insane in the membrane and I went to Glastonbury to begin what I didn’t know was to be the start of my new life. When I was there, I hung out with this lot…”

Williams recently spoke to NME about that notorious weekend at Glastonbury in 1995, saying it made him feel “like Putin turning up in Westminster”.

During a new interview with NME about his album ‘XXV’, out on September 9, which contains re-recorded and orchestrated versions of songs from across his career, the former Take That member discussed the indie snobbery of the mid-1990s and Britpop era.

Williams discussed the “that school of thought that pop music is a lower art form” that saw him set apart from the country’s Britpop heroes, saying: “I grew up in a time where that was never more prevalent, that sort of militant indie-ness: them against us. And by them against “us” I mean indie people against pop people, not pop people against indie people. ‘Cause it’s just like, ‘We’re just tryna have some fun!’”

Of his time at Glastonbury in ’95, which came shortly after he left Take That, he said: “You know, me turning up at Glastonbury… I’m trying to put it into terms that won’t get me in trouble, but it’s like Putin turning up in Westminster.

“That’s a bit extreme, obviously, but it was like, ‘What the fuck is he doing here?’ If you got Niall Horan or Harry Styles or whoever you wanna say that goes to Glastonbury now, it’s like, ‘Yeah – that’s what they should be doing. Hope they’re having a great time!’ There’s no judgement. But back when I went, it was, like, A Thing.”