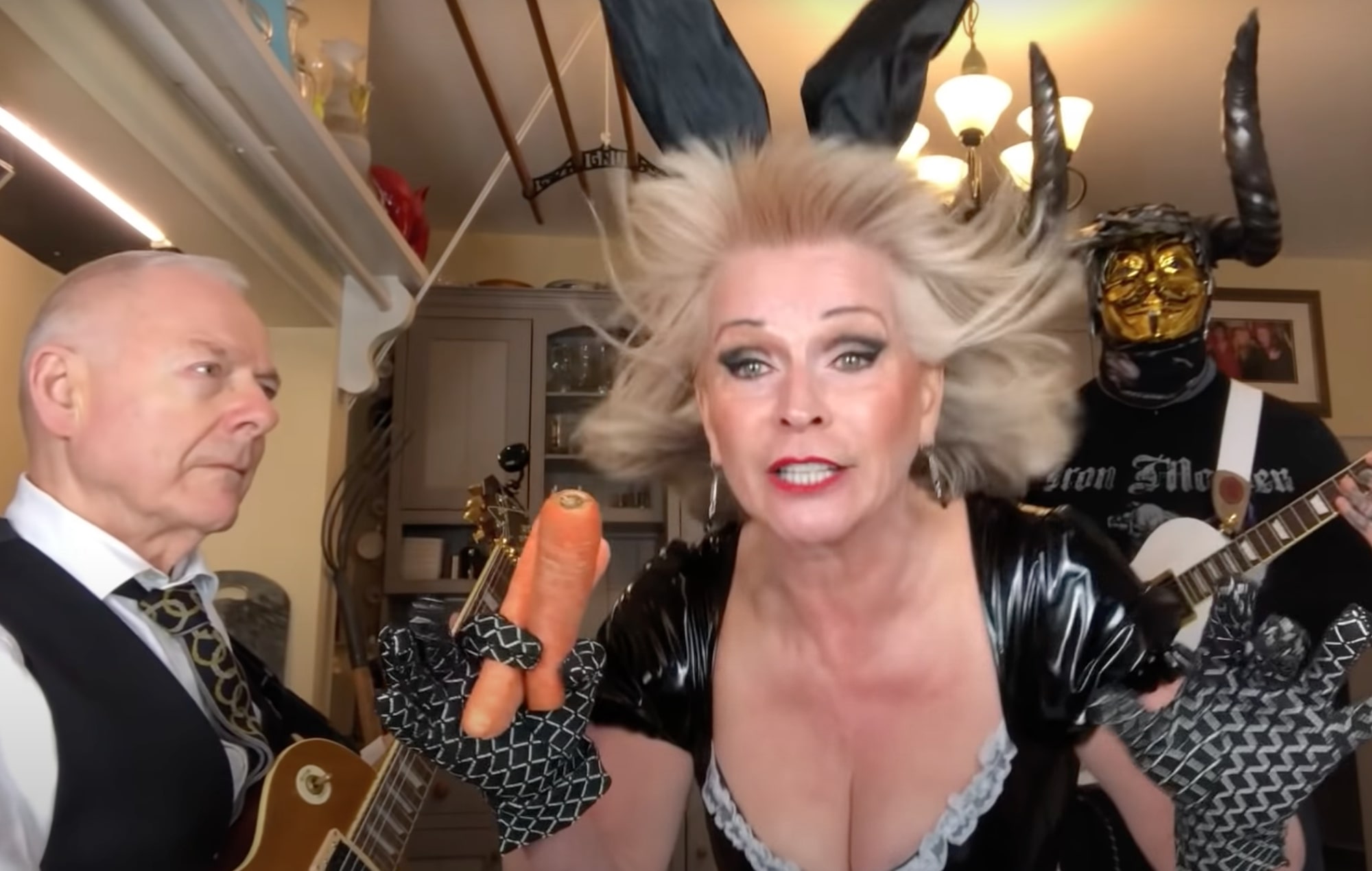 For the cover, the band were joined by guitarist Sidney Jake, who appeared wearing a mask with a gold face and black horns.

Willcox made a nod towards Easter by wearing black bunny ears and holding three carrots in her hand throughout the performance.

“An Easter twist on this Maiden classic – Number Of The Beast,” she wrote in the YouTube description. “Be afraid – Very Afraid!!!!” Watch the performance below now.

Sidney Jake also joined the couple for their Sunday Lockdown Lunch video last week (March 28), appearing wearing a hat and giant fake beard. Along with the guitarist, the musicians covered ZZ Top’s ‘Gimme All Your Lovin’’.

Willcox explained why the couple started doing the covers videos in a recent interview, explaining that she thought it would help Fripp as he had started “withdrawing” during the coronavirus lockdown.


“I thought: ‘I’m going to teach him to dance,’” she said. “And it became a challenge. I do the lighting, the filming, the conceptual side and the persuading Robert to take part.

“Six months down the line, he can see that it was quite an important thing to do, in that it became a shared experience with an audience that needed to be reminded of the beauty of human laughter.”