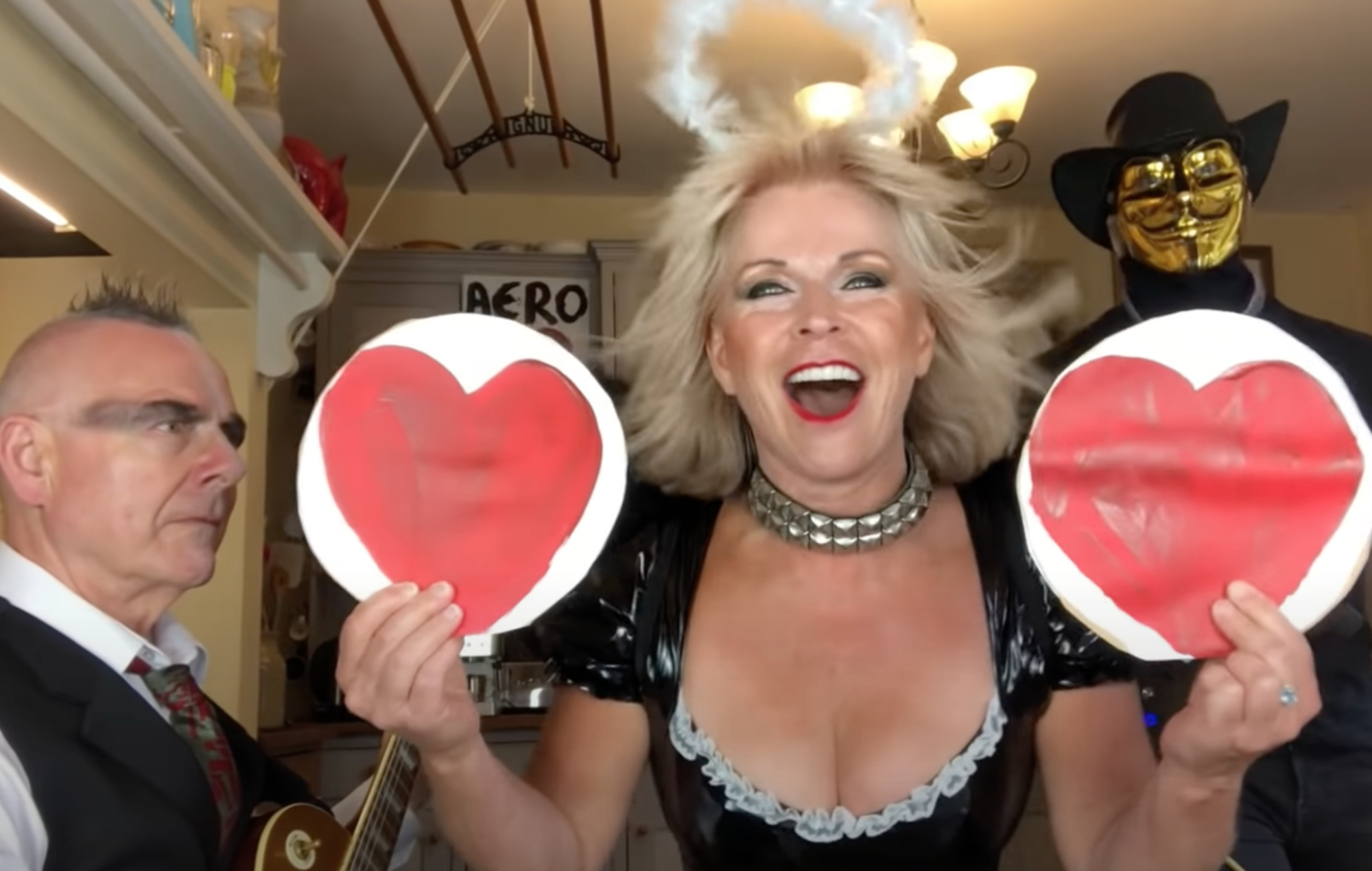 King Crimson founder Robert Fripp and his wife, singer Toyah Willcox, have shared a cover of Aerosmith‘s ‘Love In An Elevator’ – watch it below.

Last week (June 20), the pair performed a version of Survivor’s ‘Eye Of The Tiger’ alongside “mysterious stranger” Sidney Jake on guitar, with Willcox sporting a blonde wig, black shirt, gold-studded bra, and a pair of black boxing gloves.

For their reworking of ‘Love In An Elevator’, the 1989 lead single from Aerosmith’s 10th studio album ‘Pump’, Willcox is seen wearing a black maid outfit and white feathered halo, while holding a pair of painted hearts with the words “going” and “down” written on the back.

“The Kitchen trio return and are living it up as they are going down!” Willcox captioned the new video. You can watch their latest cover below.

At the end of this week’s Sunday Lunch clip, Willcox added the video for her new single ‘Levitate’ featuring Simon Darlow and Bobby Willcox, taken from her upcoming album ‘Posh Pop’, due out August 27.

Discussing the album in a recent interview with NME, Willcox explained how it came about. “When COVID stopped everything last year, it allowed me to concentrate on writing and recording the next album,” she said. “We recorded in Simon’s outdoor studio with just him, my husband and I.

“‘Posh Pop’ was a magical experience created out of the need and ability to make contact with our fans in a heartfelt way. Also the terrifying distance between those who run the world and those on the ground inspired my writing. Working with Fripp in the studio, we just handed him the chord charts the day before and said: ‘We want you to come in and improvise and that’s what we’ll use’. It was spontaneous.”