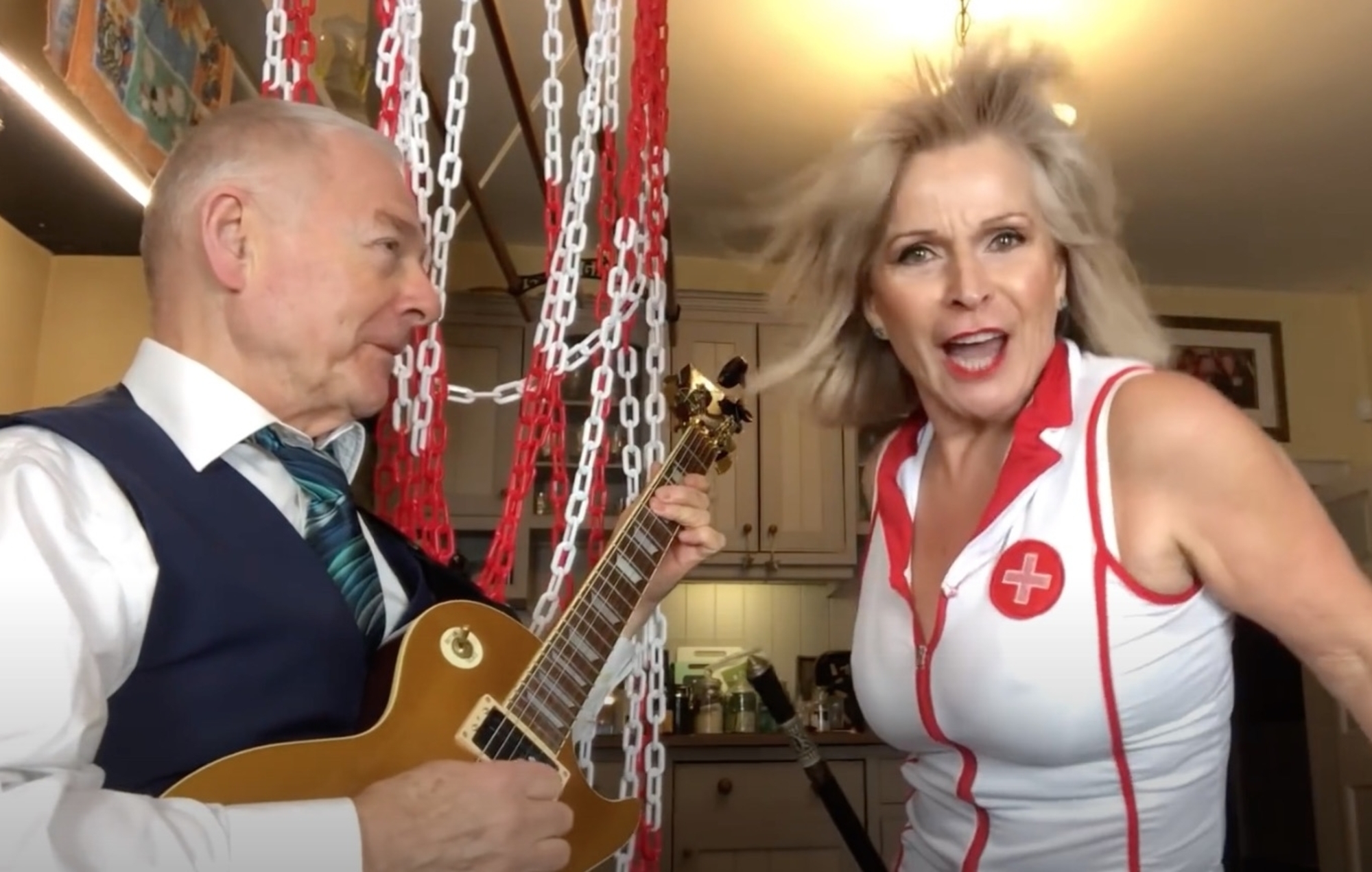 King Crimson founder Robert Fripp and his wife, singer Toyah Willcox, have shared a cover of Alice Cooper‘s ‘Poison’ – watch it below.

Last week (February 14), the pair revealed a version of Soft Cell’s ‘Tainted Love’ for Valentine’s Day with Willcox playing the guitar, while Fripp’s face was covered in red lipstick kisses.

This week’s kitchen cover sees the couple take on Alice Cooper’s ‘Poison’, with Willcox performing while dressed in a nurses outfit.

“It’s Poison running through your veins….. Nothing more to say!” Willcox captioned the new video.

Willcox revealed earlier this month that her Sunday Lockdown Lunch video series started because her husband, King Crimson‘s Robert Fripp, was having withdrawals from performing.