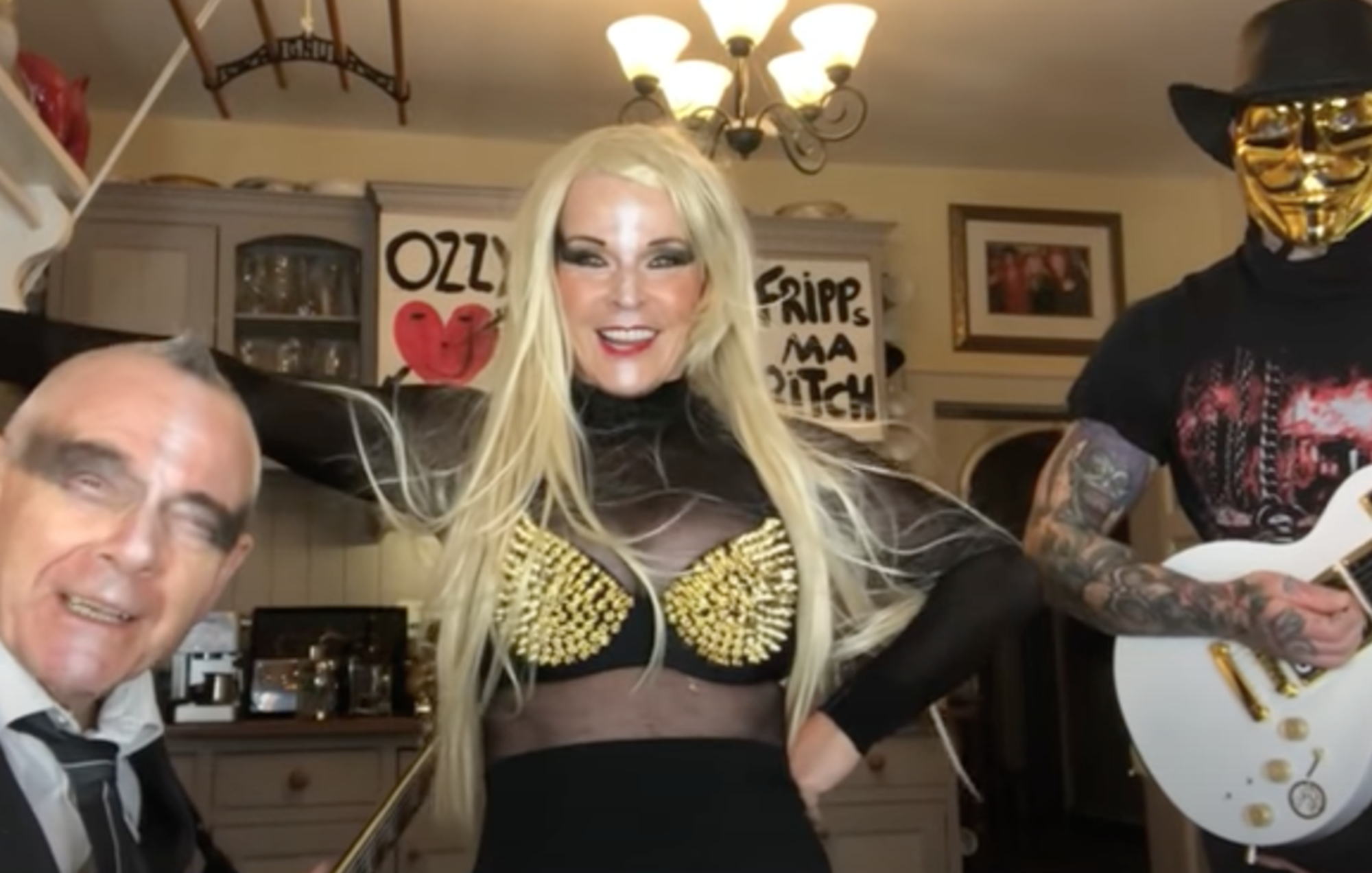 King Crimson founder Robert Fripp and his wife, singer Toyah Willcox, have shared a cover of Black Sabbath‘s ‘Paranoid’ – watch it below.

Last week (May 23), the pair performed a version of Scorpions’ ‘Rock You Like A Hurricane’ alongside “mysterious stranger” Sidney Jake on guitar, with Willcox going full Catwoman.

This week’s kitchen cover sees the couple take on Black Sabbath’s ‘Paranoid’, with Willcox donning a blonde wig and gold-studded bra; Willcox and Fripp’s faces are covered in white face paint. They’re once again joined by Sidney Jake, who is seen wearing a black cowboy hat and his usual gold mask.

“The kitchen trio take it to the extreme again, and we can confirm no actual feathers were harmed in the making of this video!” Willcox captioned the new video.

Meanwhile, Ozzy Osbourne has hailed the late, great Lemmy Kilmister as his own “rock god” in a new tribute.

The Black Sabbath frontman opened up on his love of the Motorhead singer when asked about the artists who inspire him, in a new interview with BBC Radio 2’s Johnny Walker.

The hard-living rock icons were close friends, and Lemmy co-wrote a wide array of Osbourne’s solo tracks before he died from cancer in 2015.