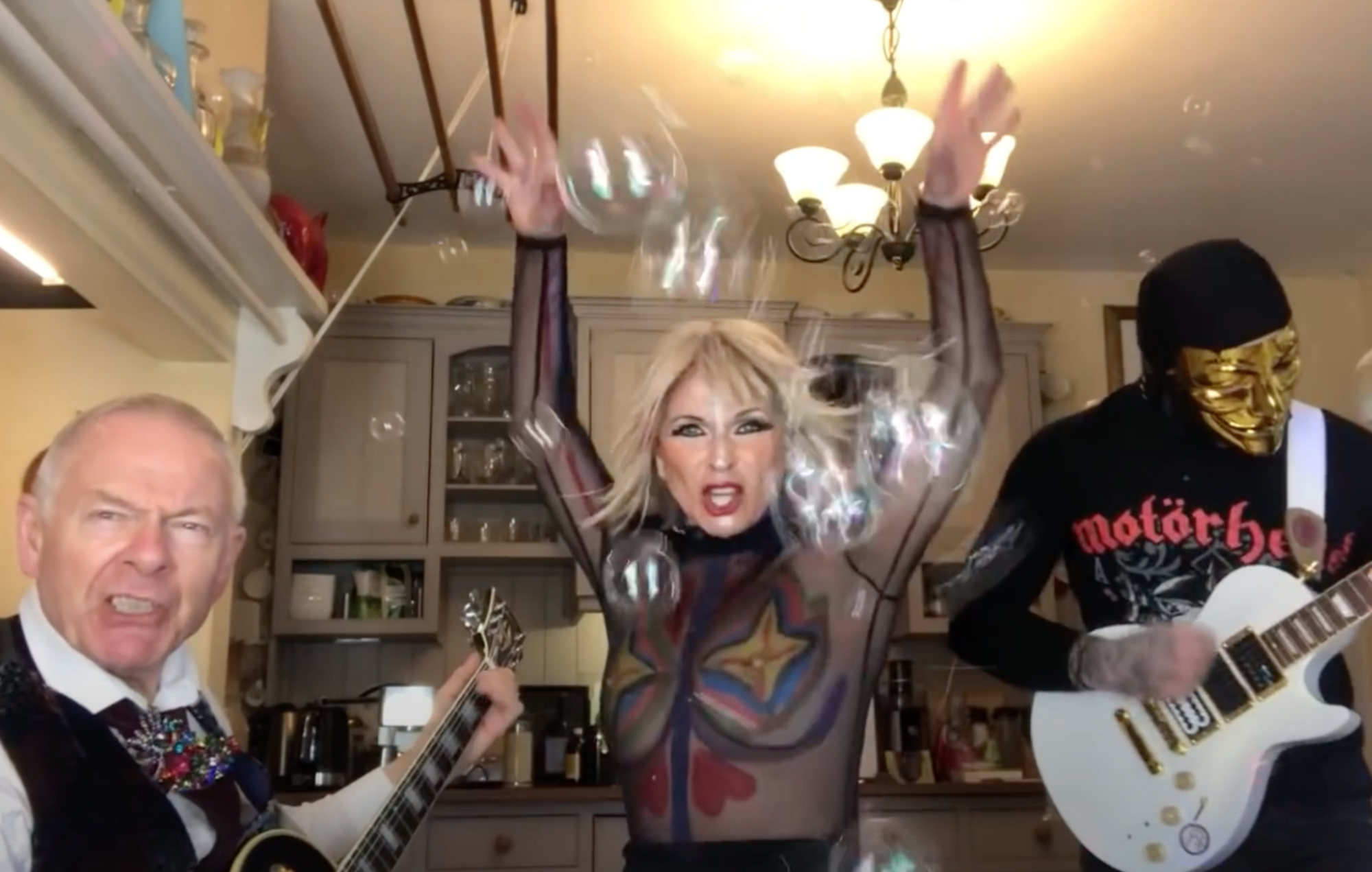 King Crimson founder Robert Fripp and his wife, singer Toyah Willcox, have shared a cover of Hawkwind‘s ‘Silver Machine’ – watch it below.

This week’s kitchen cover sees the couple take on Hawkwind’s ‘Silver Machine’, with Willcox once again covered in body paint, while bubbles are pumped into the room at the front of the screen. Joined again by Sidney Jake, he’s seen wearing a Motörhead t-shirt – a nod to Lemmy who sang vocals on the original track – and his usual gold mask.

“More body paints and bubbles – The Trio on their Silver Machine!” Willcox captioned the new video.