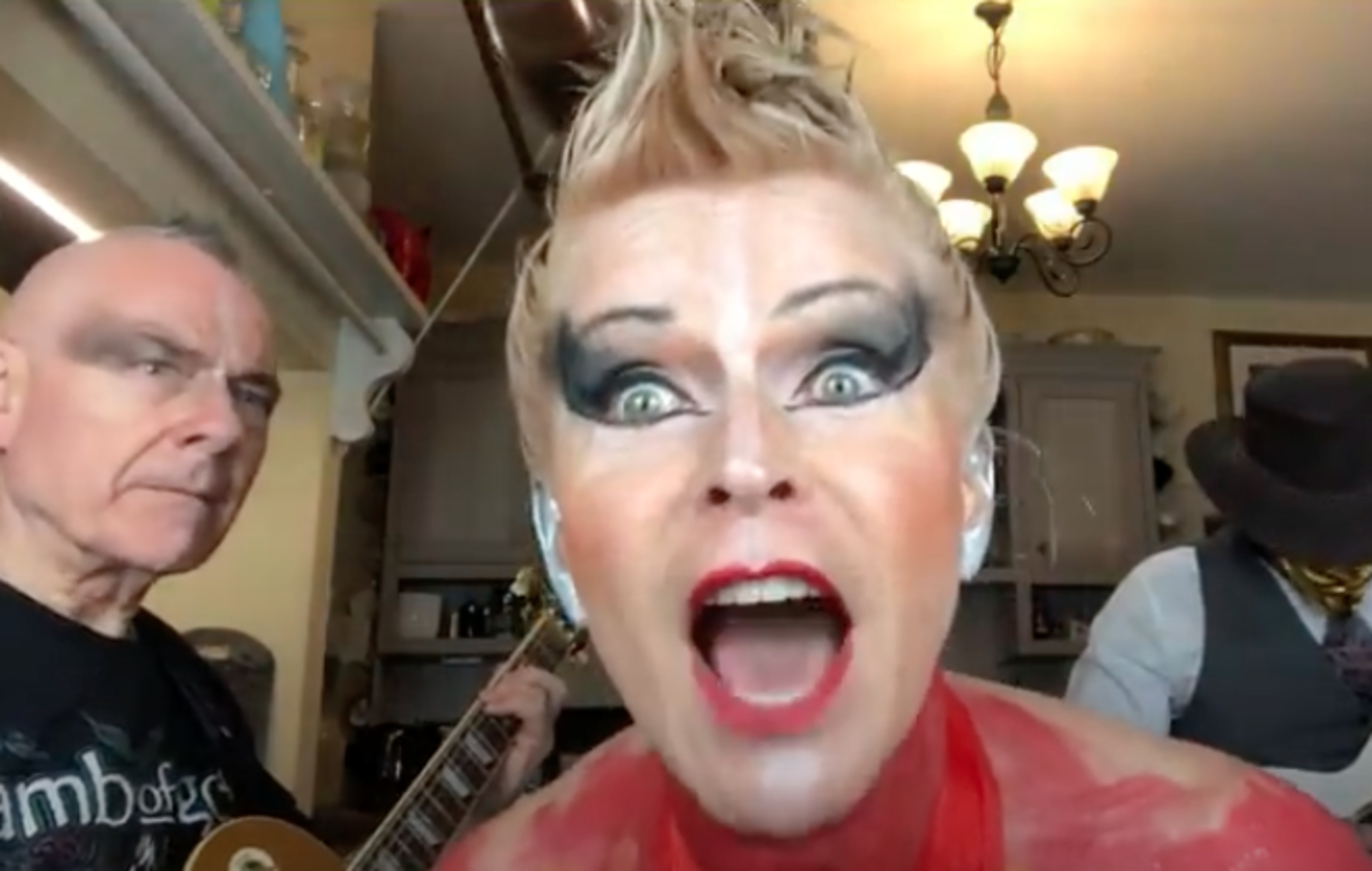 King Crimson founder Robert Fripp and his wife, singer Toyah Willcox, have shared a cover of The Prodigy‘s ‘Firestarter’ – watch it below.

Last week (May 2), the pair performed a version of Heart’s ‘Barracuda’ alongside “mysterious stranger” Sidney Jake on guitar, with Wilcox dressed up as a mermaid.

This week’s kitchen cover sees the couple take on The Prodigy’s ‘Firestarter’, with Wilcox dressed in a flaming red outfit and spiky hair in homage to late Prodigy frontman Keith Flint. They’re joined again by Sidney Jake, who is seen wearing a white shirt, grey waistcoat and his usual gold mask.

“The kitchen trio take it to the extreme this weekend – BE WARNED! Joined by the mysterious stranger Sidney Jake,” Willcox captioned the new video.