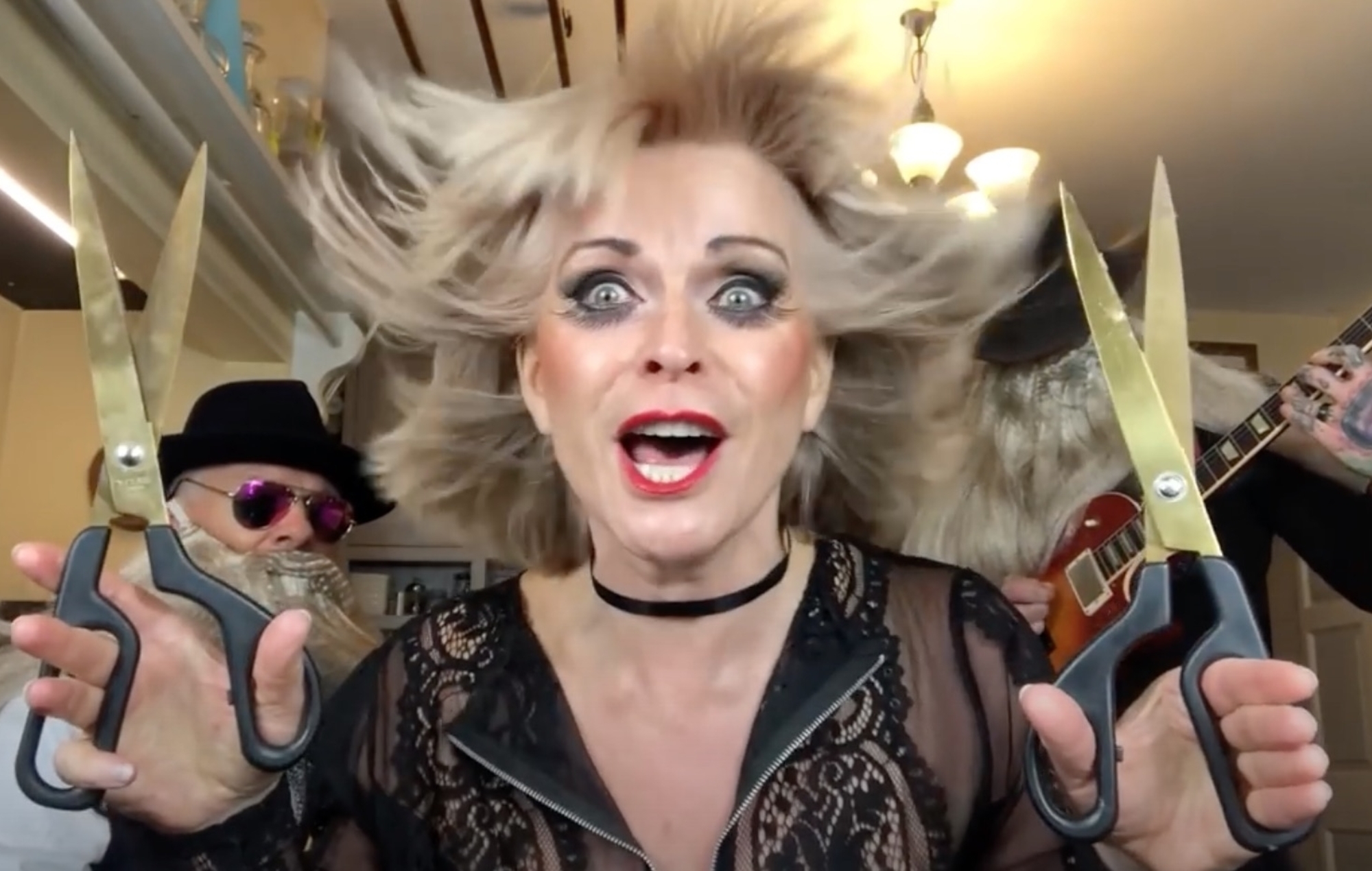 King Crimson founder Robert Fripp and his wife, singer Toyah Willcox, have shared a cover of ZZ Top‘s ‘Gimme All Your Lovin’ – watch it below.

Last week (March 21), the pair revealed a version of Motörhead’s ‘Ace Of Spades’ with Willcox dressed in a maid’s outfit and dealing cards into the gust of a fan.

This week’s kitchen cover sees the couple take on ZZ Top’s ‘Gimme All Your Lovin”, with Willcox performing dressed in a burlesque-type outfit complete with a couple of pairs of scissors. The pair are joined by a mysterious second guitarist.

“Toyah, Robert and a mysterious stranger ask for ‘All Your Lovin’,” Willcox captioned the new video.