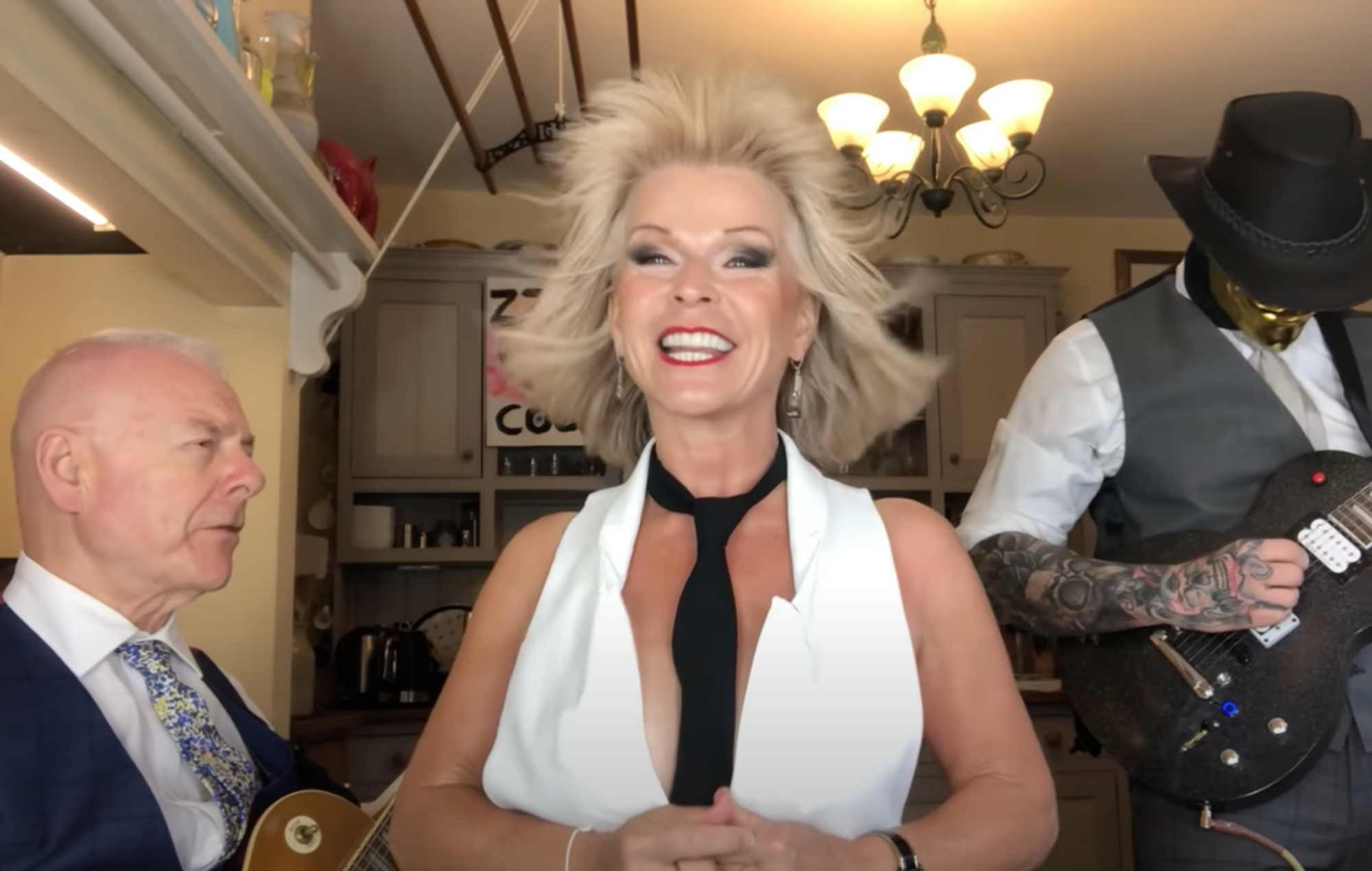 Last week (May 30), the pair performed a version of Black Sabbath’s ‘Paranoid’ alongside “mysterious stranger” Sidney Jake on guitar, with Willcox donning a blonde wig and gold-studded bra.

This week’s kitchen cover sees the couple take on ZZ Top’s ‘Sharp Dressed Man’. It’s the second time Fripp and Willcox have offered up their own rendition of a ZZ Top song following their take on ‘Gimme All Your Lovin’ back in March.

For their reworking of ‘Sharp Dressed Man’, Willcox is seen wearing a sleeveless suit jacket and tie, minus a shirt, while Fripp and Jake are both sporting a shirt, waistcoat and tie combination.

“The kitchen trio are back and even if we say so ourselves, all looking mighty fine …… AND ROBERT FRIPP IS FINALLY BROKEN!!!” Willcox captioned the new video.