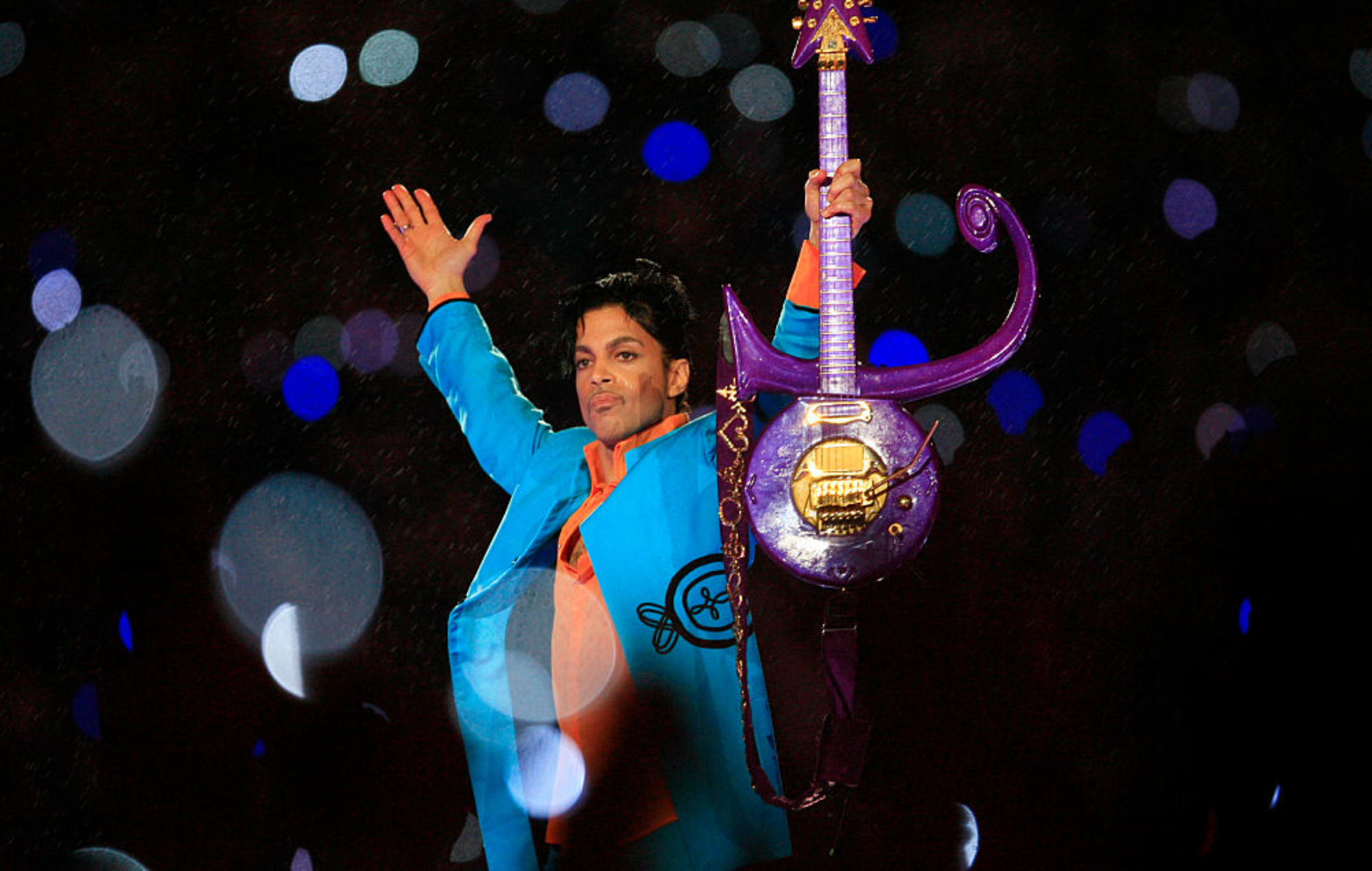 The Rock & Roll Hall Of Fame has opened a new Super Bowl halftime exhibit, featuring props and outfits from The Weeknd, Prince, Katy Perry and more.

Unveiled yesterday (April 23) at Cleveland’s famous music museum, ‘The Biggest Show On Turf: 55 Years Of Halftime Shows’ arrives ahead of this year’s NFL Draft coming to the city April 29 to May 1.

Celebrating more than a half century of Super Bowl halftime performances and features, the showcase includes the cube of neon-lit mirrors that The Weeknd used during his performance at Super Bowl LV earlier this year.

Located on the museum’s main floor, fans can walk the same line as the Canadian superstar, snapping selfies next to the flashing lights and neon signs.

Elsewhere, the outfit Prince wore during his Super Bowl XLI performance can be found inside a glass case, while Bono‘s American Flag jacket from U2′s 2002 Super Bowl performance dedicated to the victims of 9/11 is also featured.

IT’S OPEN! Get a sneak peak of our newest featured exhibit, The Biggest Show on Turf: 55 Years of Halftime Shows. Our CEO Greg Harris and Chief Curator Nwaka Onwusa will take your through some of the highlights this killer exhibit has to offer.https://t.co/OeMfCqDJp9 pic.twitter.com/eL6CfJ4ZIJ

Among the other highlights are Katy Perry’s colourful outfit from her 2015 performance alongside the viral Baby Shark costume that goes with it, as well as the ensemble Stevie Wonder wore alongside Gloria Estefan in 1999.

H.E.R.’s jacket and guitar from the ‘America The Beautiful’ performance this past February can also be found within the exhibit.

Scattered throughout the exhibit are photos and video from just about every major Super Bowl halftime show, including footage of Michael Jackson standing frozen for 90 seconds at the start of his performance at 1993’s Super Bowl XXVII.

To find out more and see photos and video of the exhibit, visit the Rock & Roll Hall Of Fame’s official website here.


Meanwhile, the nominees for the Rock & Roll Hall Of Fame’s class of 2021 include LL Cool J, Foo Fighters, Jay-Z, Kate Bush and Rage Against The Machine.

The Class of 2021 will be announced in May, decided by a voting body comprised of more than 1,000 artists, historians, and music industry members, as well as a fan vote on the Rock & Roll Hall of Fame’s website.