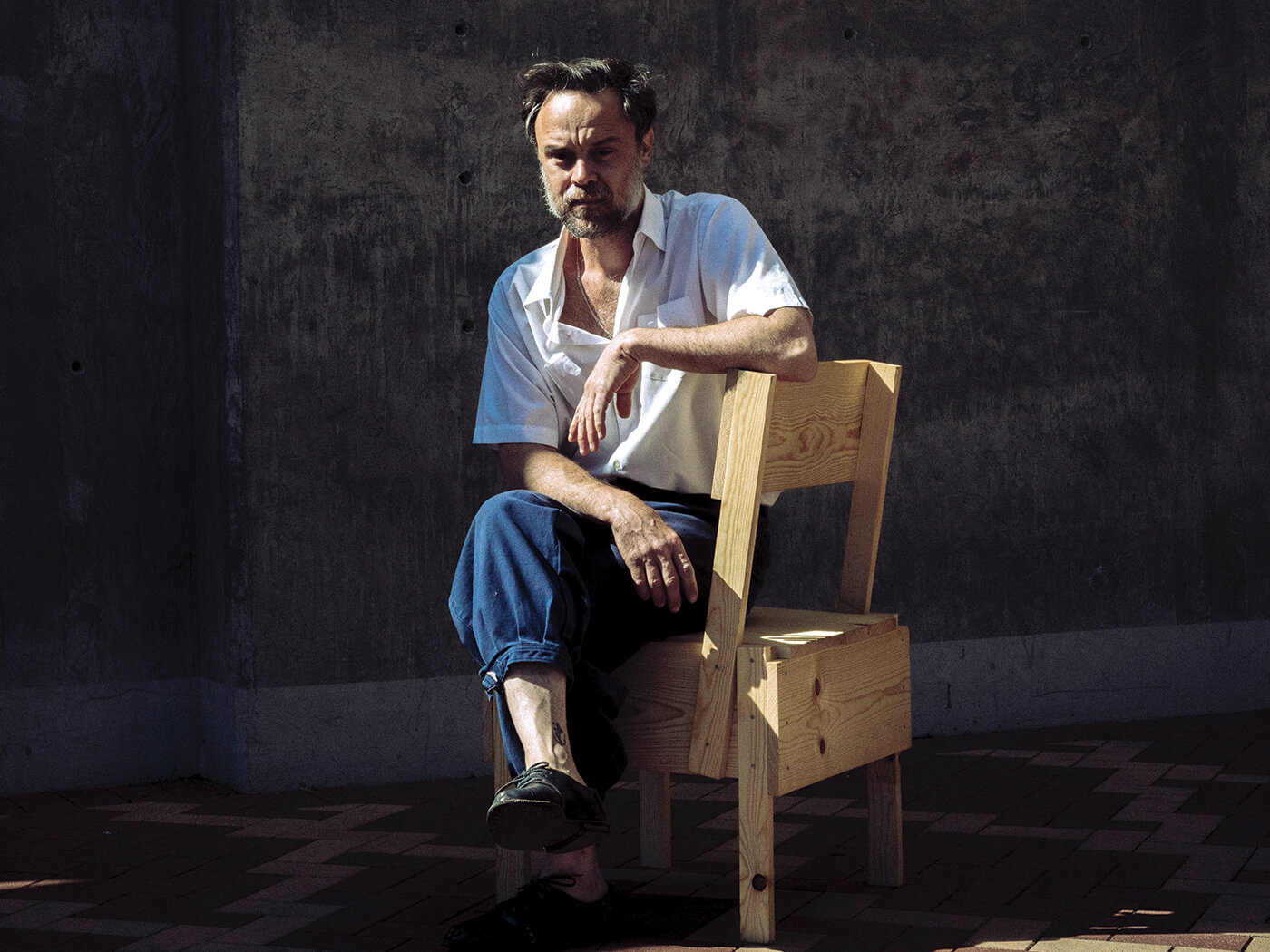 Rodrigo Amarante, it could be said, is a student of the world. A Rio de Janeiro native who now calls Los Angeles home, he’s lived in many places, and is also a dedicated reader, watcher and listener who speaks with a philosopher’s contemplation. He embraces life for all its beauty and absurdity, a binary that’s also key to his working method. “Rather than standing on top of what I believe I am, and speaking from there, I decided to discover it, to get inside it, to get dirty,” he explains. “It feels humorous, funny and ridiculous, to fiddle with the idea that I have of myself, to not embrace the mythical idea of the songwriter.”

It’s not the first time he’s shed a de facto persona. Amarante’s first band, the Rio-based rock quartet Los Hermanos, were massive in Brazil, selling out stadiums at recent reunion gigs. But rather than live a rock star’s life, by the mid-noughties Amarante pivoted his focus to the samba-focused big band Orquestra Imperial. Then, in 2008, he came to LA to begin anew as a member of the short-lived indie-rock trio Little Joy, and then as a solo artist, serenading tiny east side clubs with his ’30s-era Harmony parlour guitar. “A lot of people thought I was nuts, like, ‘What? You’re going to play bars in Echo Park now?’”
he recalls with a laugh.

Like much of Amarante’s work, his second solo album Drama continues these subtle reinventions. Dropping the needle is to glide into a sun-drenched Technicolor universe, one steeped in tradition but innovative in its unbridled spirit. Fusing a coterie of historical sounds – from African polyrhythms and Brazilian samba to cool jazz and ’60s film scores – with his in-built playfulness, the singer and songwriter has created a sophisticated yet easy-going work, one that perks up the ears with its experimentation but is also romantic, magnetic and soothing, like waves brushing over a white-sand beach. Guiding the listener through it all is Amarante’s gentle, silvery voice; oscillating between languages with a dancer’s fluidity, it recalls the slightly nasal style of bossa nova singers.

There are a few places where Amarante’s spiritual exploration rings clear: on Tao, he weaves a longtime fascination with the I Ching, Zen texts and Taoism into a meditation that lyrically rotates between spiritual meta and mesa as he switches from Portuguese to English at the soft blast of a woodwind. He sings of sweeping observations (“Source of a thousand things, the Tao is an empty cup poured and never filled…”) and specific details (“and now before my eyes the Tao must be a glance of the sweetness in her smile”) over a gentle crescendo of guitar, bass, drums, percussion and saxophones, the volume and intensity of each mirroring his words.

And then there are the less obvious references, such as the opening title track, an overture that acts as a de facto mission statement, as well as a nod to the songwriter’s love of classic film. Mellotron strings meet a wave of voices, a laugh track responding to an imaginary movie, one that may only be viewed through the mind’s eye during the album’s subsequent songs. “I couldn’t help but fantasise or play with the idea that this is a story, this is a film,” Amarante says. “There was some of that in Cavalo, too. There’s a song that’s pretty much the same orchestration for the theme of Inspector Clouseau from The Pink Panther.”

But Drama is a fuller, more textural work than his 2014 debut Cavalo, one that lives up to its title’s promise, pairing vaguely dramatic ideas with intensely personal touches. Its bookends, a stirring orchestral overture and a conclusive, contemplative piano ballad, punctuate a kind of narrative arc in which each song – or scene – depicts a character who emotes a world of feeling. But if some lines occasionally read like a masterclass in casual epiphany, Amarante, never one to take himself too seriously, often subverts the sung seriousness with off-kilter sonic accents – a banjo here, a harpsichord there, whistling, Mellotron sounds – that unite to form a maximalist symphony that is rich and intricately layered but never overwhelming.

Maré (Tide) is the album’s most energetic point, but its rhythmic party vibe belies its more serious lyrical observations about the cyclical nature of life and death, gains and losses. Its accompanying video is demonstrative of Amarante’s humorous nature, a depiction of the act of song-making done up in a palette of primary colours and throwback motifs. The mellifluous groove of Tanto (So Much) melts into a swirl of strings and saxophone as Amarante sings of the sweetness of lovers’ skin, while Tango recounts literal and figurative dances over soft percussive layers and breathy backing vocals provided by frequent collaborator Cornelia Murr. Sky Beneath takes that spirit higher, its percussion popping like firecrackers amid lush brush strokes of strings and voice. “Can’t fix my love, can’t fix myself, can’t fix the world,” he sings to open the song, less a statement of defeat than an acknowledgement of human limitations.

Taken together, Drama’s cable-knit arrangements, tender singing and inventive takes on familiar sonic touchstones amount to something new – born of a dreamer’s mind and translated to very real and transformative four-minute vibrations. Brazilians are often known for blending musical styles, from the evolution of the country’s native folk music and dances into maxixe (Brazilian tango), to samba’s transformations (most famously bossa nova) and Tropicália’s subversion of traditional forms. While it would be easy to attribute Amarante’s skill for it to a genetic phenomena reserved for those from the South American country, that discounts the very personal nature of Drama, one that is singularly introspective, playful and rooted in punk rock’s DIY spirit. After all, Amarante recorded most of the album himself, and plays no less than 10 of its instruments.

If his musical strengths are readily apparent, then, Amarante is not out to prove his power on Drama. Instead, this is a thoughtful, empathetic showcase of his interests, of intense feelings translated into a dreamy sonic atmosphere. It’s an album that meets the world in its moment, where global issues and far-flung international voices are more amplified and connected than ever. But with Drama, the world is less an oyster and more a mirror, reflecting the story and vision of this citizen of the world making sonic cinema out of personal exploration.