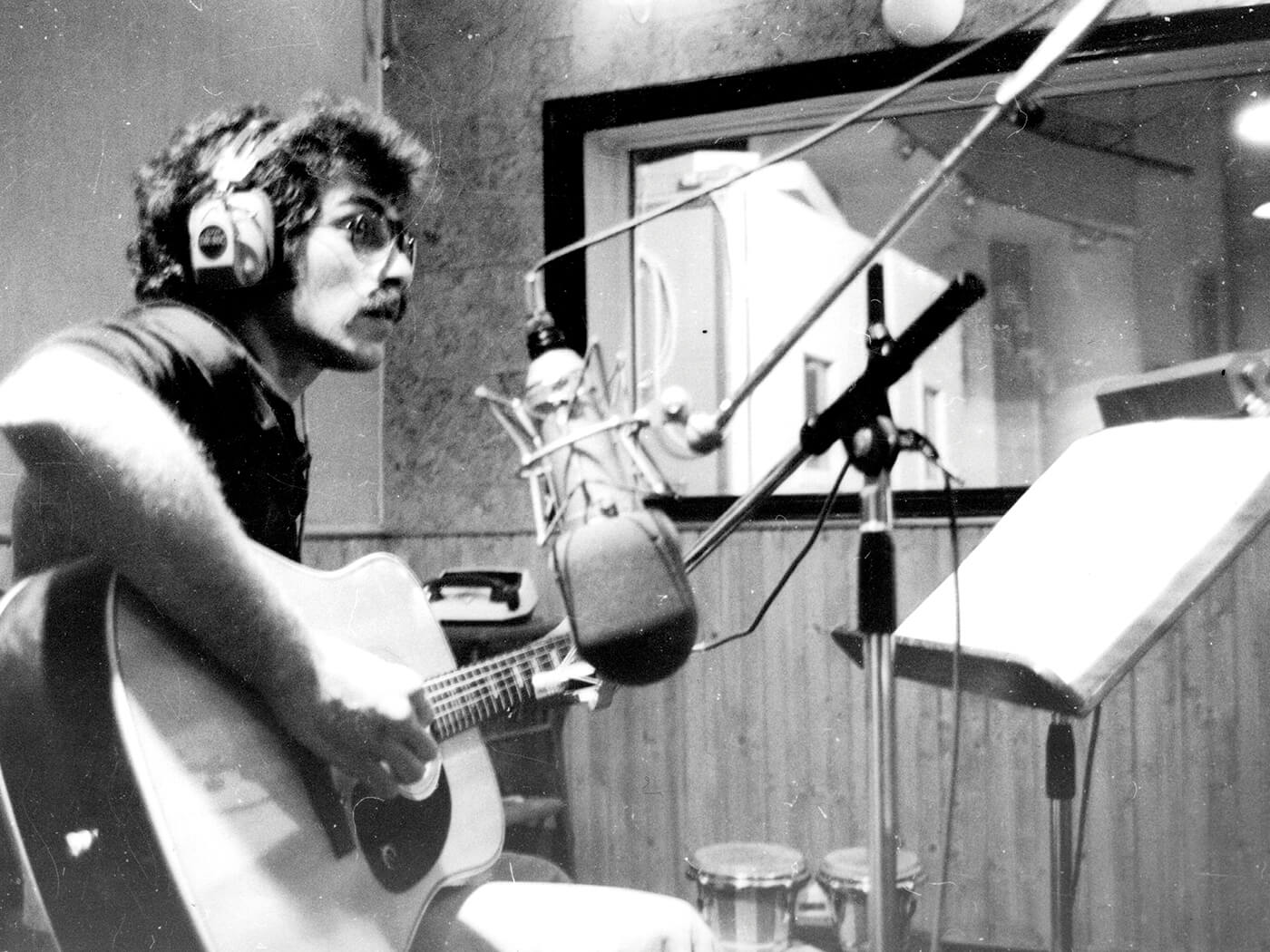 Before Beirut was wrecked by the civil war fought in its streets between 1975 and 1990, it was called “the Paris of the East”. It was a city of bars and boulevards, philosophers and poets – and, it could readily be imagined, wry and reflective singer-songwriters of the calibre of Rogér Fakhr, crooning in some cool café amid mists of arak fumes and Gauloises smoke.

The tracks on Fine Anyway were recorded in Beirut in 1977 and Paris in 1978. Fakhr was, by then, living between the two, busking on the Metro in the latter: balancing, like many Lebanese of the time, the danger of home against the loneliness of exile. It’s unclear just how much this melancholy disorientation directly informed his material, but these songs do not want for a sense of melancholy disorientation. Reference points, contemporary and subsequent, include John Prine, Gordon Lightfoot, Lee Hazlewood, Elliott Smith and Gene Clark. Crucially, Fakhr would not be out of place in their company.

The greatest of these songs are extraordinary. Fakhr created this music against rather considerable odds, which may go some way towards explaining why it has barely been heard. Some of these recordings were originally circulated on cassettes among a mere handful of cognoscenti (and they have the background hiss to prove it), some of them have never been released at all.

Fakhr’s own modesty has also been an obstacle. But after he agreed to contribute to a Habibi funk compilation in aid of Beirut following last year’s explosion in the city’s port, he agreed to this.

It’s difficult, on listening to Fine Anyway, to altogether suppress outrage that this fine material has been so long unavailable. The more straightforwardly singer-songwriter cuts set Fakhr’s husky, plaintive voice to intricately picked acoustic guitar, occasionally augmented by flute, piano or tambourine. Some, such as Lady Rain and My Baby, She Is As Down As I Am, are exquisitely mournful. Others, like Insomnia Blue and Everything You Want, are more upbeat, gently essaying a slight country-rock swagger (there’s a parallel universe in which either or both of these were covered by Emmylou Harris and made Fakhr wealthy beyond imagining). With a band in tow, Fakhr gets funkier: “Had To Come Back Wet” includes busy bass that buoys a surging electric piano; The Wizard sounds like something left in error off an early-’70s Byrds album.

Little ties these recordings explicitly to the Lebanon of its time, give or take the coda of gunfire and air raid sirens on Keep Going. Fakhr seems to have been too ambitious to be
a mere protest singer or a chronicler of events. He did not see why Lebanon’s circumstances should confine him – and, on the evidence of these wonderful songs, they didn’t.