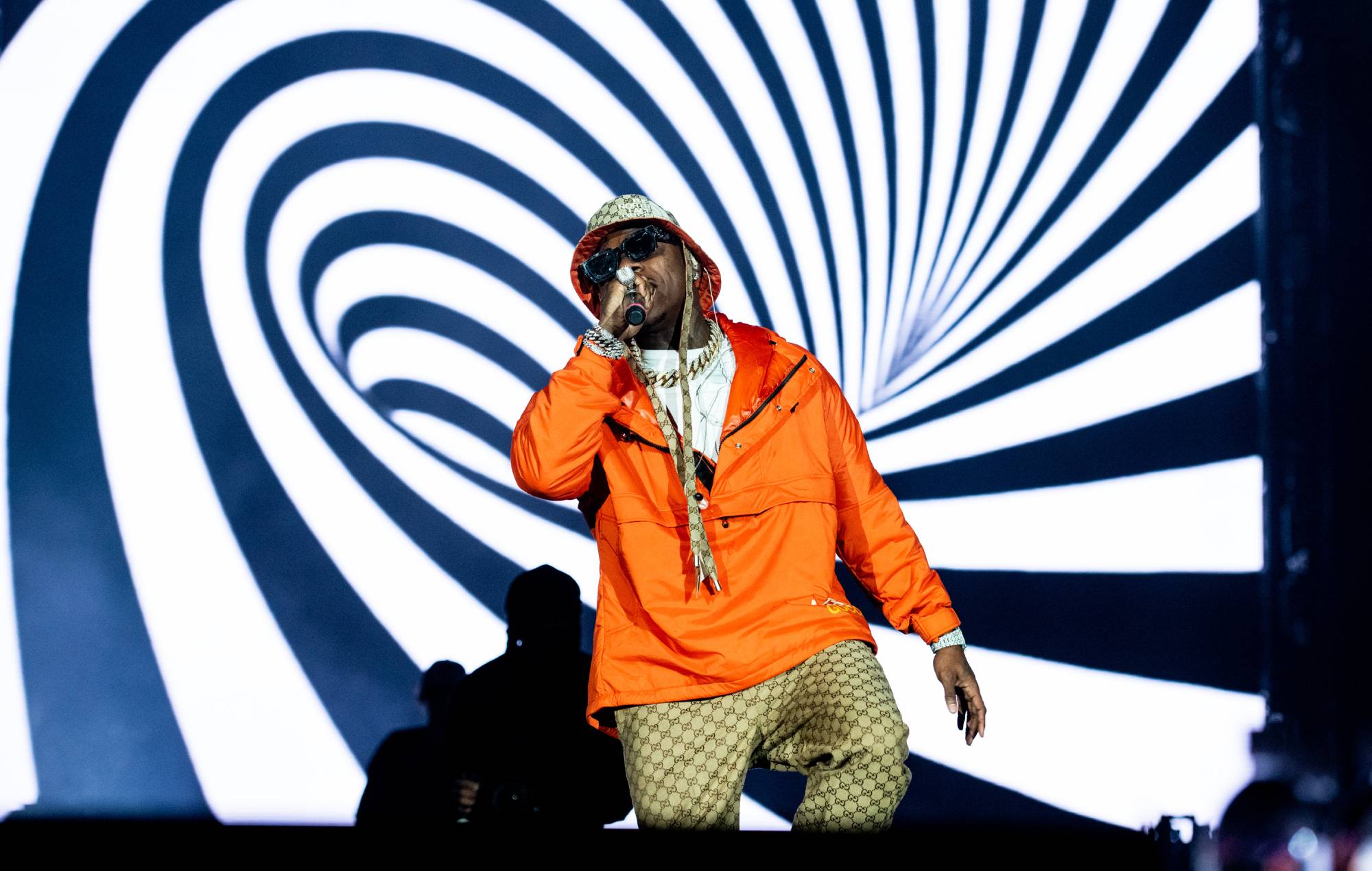 DaBaby had objects thrown at him during his recent 2021 Rolling Loud California performance.

Videos circulating on social media show various objects and bits of rubbish being thrown at the rapper during his set on December 12, the final day of the music festival. The crowd expected to see Future on stage, who had been listed on the festival’s set schedule. But when DaBaby appeared instead, there was a largely negative reaction.

According to XXL, Future was scheduled for the Ciroc stage, with DaBaby performing on the Power 106 stage but this was switched up by the organisers of the festival without the audience knowing.

DaBaby started his set with ‘Rockstar’, with video showing objects gradually hitting the stage. He doesn’t appear affected, and continues with his performance.

A post shared by The Neighborhood Talk, LLC (@theneighborhoodtalk)

Future, meanwhile, brought out Kanye West for a surprise appearance during his set at Rolling Loud. He performed four of his own tracks, starting with ‘Graduation’ highlight ‘Can’t Tell Me Nothing’.

DaBaby has made headlines recently, receiving criticism following reports that he hadn’t made any financial donations to three HIV/AIDS organisations he met over summer.

The rapper took a meeting with HIV/AIDS advocacy groups a month after he was filmed making homophobic comments on stage at the festival Rolling Loud in Miami. His remarks were roundly criticised by fellow artists, including Elton John and Madonna, and lost him several high-profile festival slots.

DaBaby’s set at Rolling Loud was part of his first run of shows since his homophobic comments.

The rapper’s US dates are being hosted by the festival, who in a statement to NME, said: “Rolling Loud supports second chances and we believe DaBaby has grown and learned from his experience. Everyone is welcome and we look forward to DaBaby’s fans seeing him live.”