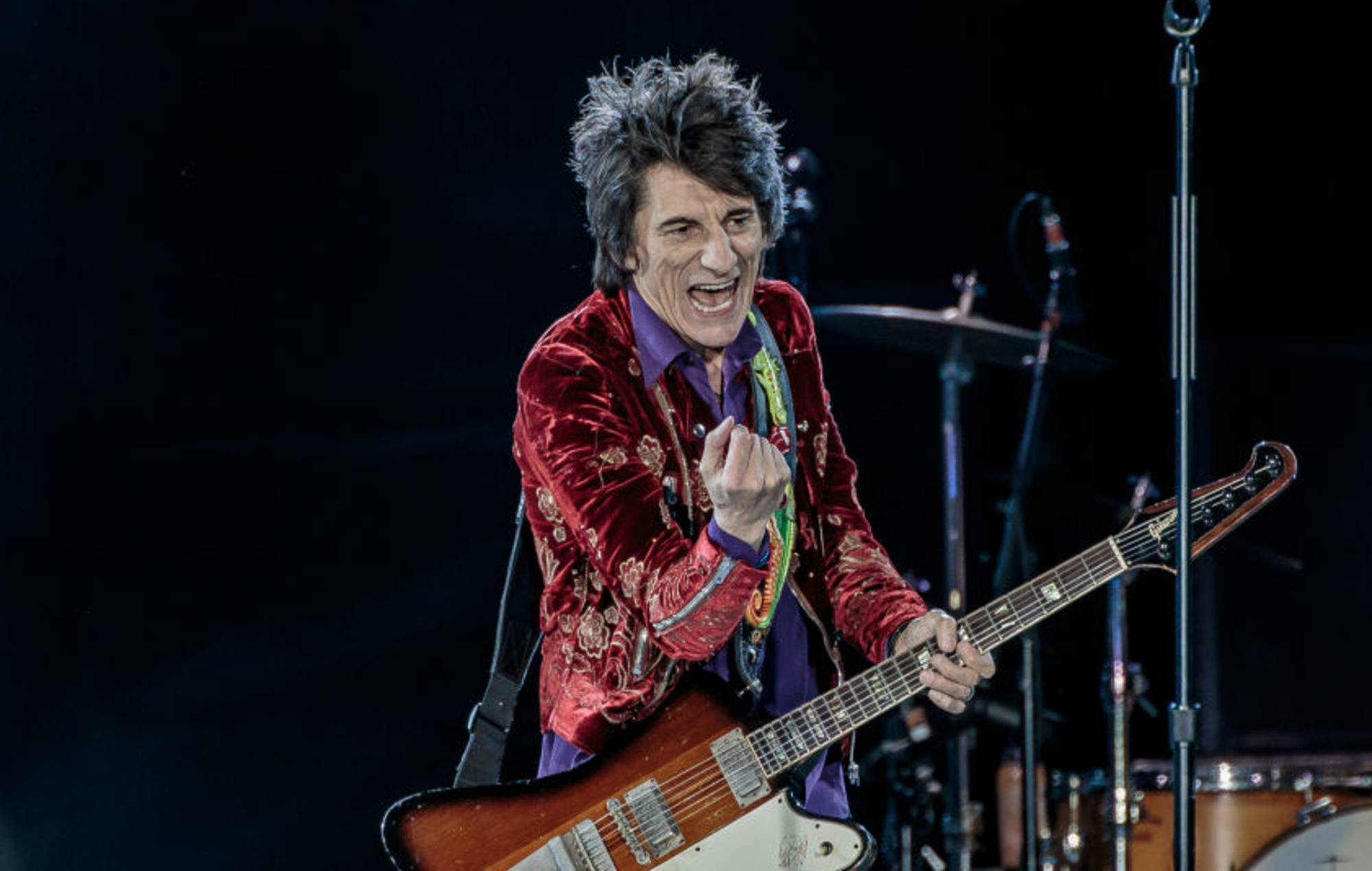 Ronnie Wood teases new material from The Rolling Stones: “There’s some lovely music on the hob”

Ronnie Wood has teased that The Rolling Stones are sitting on a selection of unfinished songs that they plan to release in the near future.

In a new interview with Sky News, he hinted that the rock icons are working on new material, but he doesn’t envisage them touring until next summer after coronavirus halted live music across the globe.

When asked if it could be “a few years” until the group hit the road again, he said: “Please don’t say [it’ll be] a few years, I want to be out this time next year, for sure.

“We’re not holding our breath, otherwise we’d have collapsed. But we are happily carrying on day by day … chores, and enjoying our families.”

Opening up on new music from The Stones, he explained: “There’s some lovely music on the hob, you know, it’s on the back burner. We’re bringing it towards the front of the hob now, but gradually.”

He added: “The thing is, we can’t all get together at the moment to do it, but I’ve been working on music. I’ve got a couple of albums ready to go as well. Everything is, you know, life is on hold.”

Discussing how he’s been keeping himself occupied during lockdown, Ronnie revealed that he’s been exploring his well-documented love of painting once more.

“I thought, I’m not going to let it depress me anyway. Sometimes I may have a musical period or maybe it’s just the art and I don’t play the music,” he said.


“That’s what I’ve been doing lately – not playing. Not through choice. And I’m looking forward to the day when I can be playing again. But it’s been an honour spending a lot of the lockdown paying tribute to artists that turned me on at college and through my younger years. I did some tributes to Delacroix, to Picasso and El Greco.”

Meanwhile, it was announced yesterday that The Rolling Stones are opening their own shop on London’s Carnaby Street next month.

Described as the band’s “world-first flagship store”, ‘RS No.9’ — which will be located on 9 Carnaby Street — will open its doors in central London on September.

It comes as they prepare to release a deluxe edition of 1973’s ‘Goats Head Soup’, featuring 10 unreleased tracks and a full concert from the same year.

In April, they released  ‘Living In A Ghost Town’ – their first new original track since 2012.