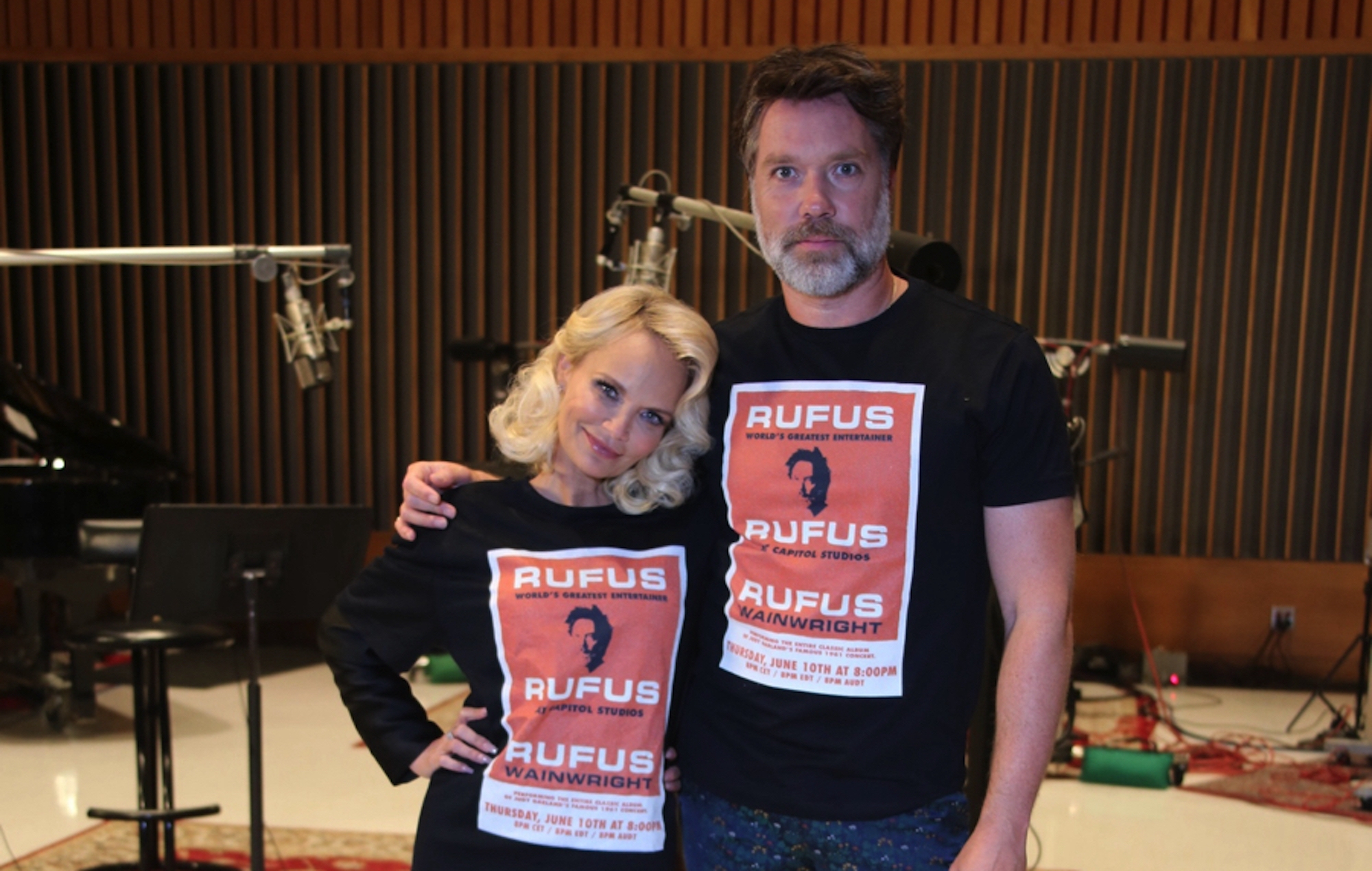 Rufus Wainwright has shared a cover of a classic Judy Garland song to mark Pride Month – scroll down the page to listen to it now.

Pride Month will begin next week on June 1 and celebrates the LGBTQ+ community, with Pride Day taking place on June 28.

Wainwright has shared his take on Garland’s 1939 song ‘Over The Rainbow’, which was featured on the soundtrack of the film The Wizard Of Oz. The new performance will also feature in the star’s upcoming virtual concert, Rufus Does Judy At Capitol Studios, on June 10.

“I was about 5 years old when I started singing ‘Somewhere over the Rainbow’,” Wainwright said in a press release. “My mom would occasionally wake me up in the middle of the night and make me sing the song to guests to end the party. They would feel so bad that the kid was still up that late at night and leave.

“Much later, she accompanied me on the piano at Carnegie Hall, the Palladium, the Olympia and the Hollywood Bowl during the Rufus Does Judy shows in 2006 and 2007. After she passed away, I am only doing the beginning lines of the song a cappella without any piano accompaniment as an honour and memory to her and the hole she has left behind.”

He continued to say it was “deeply personal” for him to sing ‘Over The Rainbow’ and that his mother singing the song with him was her way of “finally acknowledging my homosexuality with which she struggled for a long time”. “I am sure that similarly to my experience this song means a lot to LGBTQ folks young and old and their struggles with coming out and living a proud queer life,” he added.

Rufus Does Judy At Capitol Studios will see Wainwright performing with a four-piece band in front of an intimate audience, including Renée Zellweger. The actor won the Best Actress Oscar last year for her portrayal of Garland in the movie Judy.

“I am still awed by Rufus’ voice just as I was 22 years ago in a friend’s living room where I heard him perform for the first time,” Zellweger said. “Witnessing Rufus do the entire Judy Garland Carnegie Hall show was the most special day and I loved sharing the time.”

Tickets for the livestream concert are available now and can be purchased here.

Last year, Wainwright performed the Beatles’ classic ‘Across The Universe’ with a choir of 1,500 people. The socially distanced version of the song saw singers from across the globe performing together.