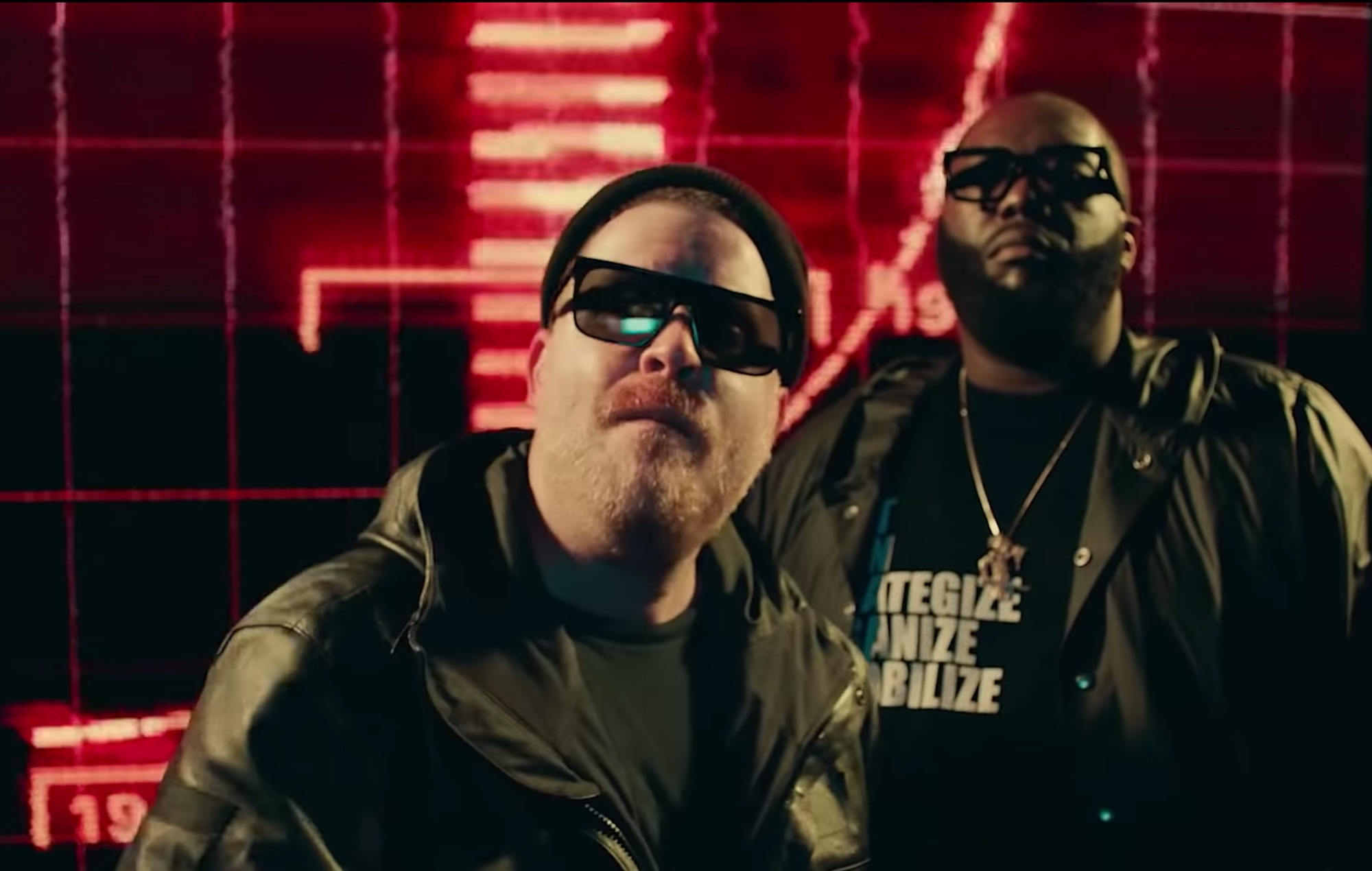 Run The Jewels have shared a new video for their single ‘No Save Point’ – you can watch it below.

The track, which is the rap duo’s first new material together since the release earlier this year of ‘RTJ4’, arrived earlier this week (November 12).

‘No Save Point’ was shared as part of a new partnership between Run The Jewels and the upcoming video game Cyberpunk 2077, which is set for release on December 10, and Killer Mike and El-P debuted its futuristic music video last night (November 14) during their set at the Adult Swim festival.

Watch the ‘No Save Point’ video below.

During their set at the Adult Swim festival, which is being held across the weekend and raising money for the ACLU, Mike and El discussed their partnership with Cyberpunk 2077 and how it fed into the new track.

“I wanted to feel like you could listen to this jam in a flying car, and at the same time have a hard ass just drum break feeling jam for the exact reason that I really think hardcore dope rap is gonna be around in the future,” El-P said. “We were trying to fuse a cinematic, futuristic sound with something that was just gonna break your neck when you heard it, and I think we kinda pulled it off.”

Mike added: “The beauty with video games and movies and stuff is you get to kind of suspend disbelief and tell your truth in that mythology,” Killer Mike added. “For very real truth, in the United States, we know that medicine is better and more affordable for rich people.

“And we know that there are countries that exist now where poor people have to sell kidneys in order to sustain themselves. This game addresses this very serious issue in a way that’s entertaining; it’s enlightened; it’s dope — but it makes you think of the what ifs.”


Elsewhere at the Adult Swim festival, Ariana Grande joined Thundercat for a performance of ‘Them Changes’. “It feels like Ariana and I are forever connected through Mac [Miller],” Thundercat said, “and this is part of the healing process.”