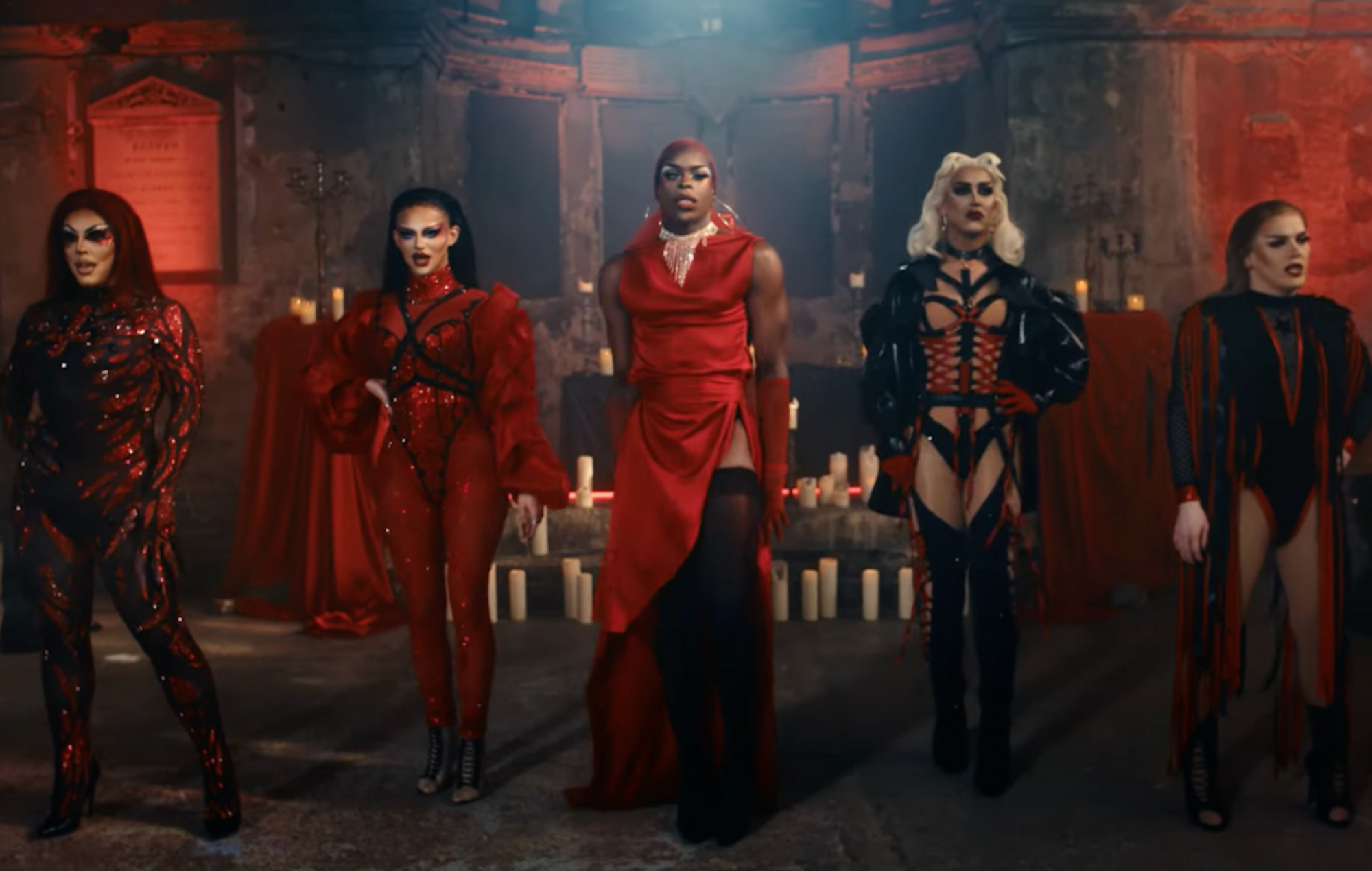 Charli XCX has shared a special Halloween performance of her latest single ‘Good Ones’ featuring the stars of RuPaul’s Drag Race UK.

Released in September, the new song marks the London pop star’s first material since her 2020 album ‘How I’m Feeling Now’.

Produced by Oscar Holter of Max Martin’s Wolf Cousins entity, Charli explained at the time of its release that ‘Good Ones’ is the first single of a “new chapter” that “embraces all that my life has to offer in today’s world – fame, glamour, inner demons and global hits”.

The drag performance of the song sees Asttina Mandella lead an ensemble cast made up of her fellow Drag Race stars including A’Whora and Cherry Valentine from season two, along with season three’s Krystal Versace and Elektra Fence.

The group lip sync along to the track while delivering Halloween-inspired choreography in sparkly red and black costumes.

You can watch the drag performance of ‘Good Ones’ below:

Last month, Charli XCX played to a sold-out crowd at London’s Lafayette. In a five-star review of the gig, NME‘s El Hunt said: “After years of toying with different directions – from the pop-punk schtick of 2015’s ‘Sucker’ to the experimental hyper-pop breakthrough of ‘Pop 2’ and the guest-crammed ‘Charli’ – it feels like Charli XCX has finally found a way of inhabiting mainstream charts with tracks like the euro-dancey ‘Out Out’ and ‘Good Ones’, and making some of the most exciting, experimental strands of pop at the same time.”

The review continued: “Tonight, we’re mostly treated to the latter – and after trying our best to conjure up the atmosphere of Charli XCX led-party in our living rooms for the last year, it feels cathartic to finally get the real thing.”

Meanwhile, Charli XCX has revealed more about what fans can expect from her forthcoming album.

The singer said in a recent takeover of The Chart Show on Apple Music 1 that her fifth album is deeply sensual, sexual and has “demonic” aspects to it.