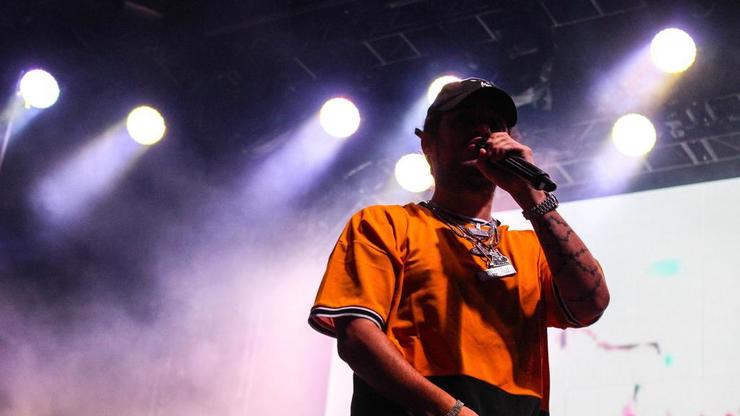 Russ is ready to reset and recommence.

Sitting at the apex of a wild and successful run, Russ Diemon has earned a moment of reflection. Despite having faced no shortage of scorn, animosity, and occasional confrontations with fellow artists, Russ has maintained a loyal fanbase throughout his ascent. And yet, some of the darker moments ultimately took a toll on the rapper, who has opened up about his fear-induced “Paranoia” before.

Not long after announcing the arrival of his upcoming album Shake The Snow Globe, Russ took to Instagram to pen the emotional origin story to his upcoming album, one that directly addresses some of those bleaker moments. Citing enemies internal and external alike, it’s clear that Russ is alluding to some of his more violent outbursts, aimed in part at Smokepurpp and Adam22. For now, it would appear that those days are behind him; in hindsight, he’s pleased to have experienced them at all, emerging on the other side with renewed focus. Should you find it too difficult to make out Russ’ reasonably legible handwriting, his message reads as follows:

“I’m not proud of the headspace I sunk into in 2018. I allowed myself to be overwhelmed and suffocated by internal and external enemies. It got so bad I thought I was gonna die. I didn’t know from what, but looking back I think it was just the immense negativity and pressure in my life. I was tripping. However, I’m proud of myself for going through it and getting through it and I’m thankful for the experience. I stepped away and detached and had a moment of clarity. I realized ‘if not now, then when!?’ In terms of my happiness. This is IT. Everything that I wished for from the money, girls, fans, etc. I had to unjade and snap out of it so I could snap into it. I had to reflect. I had to reset. I had to shake the snow globe.”

Check it out below, and look for Shake The Snow Globe to arrive on January 31st.