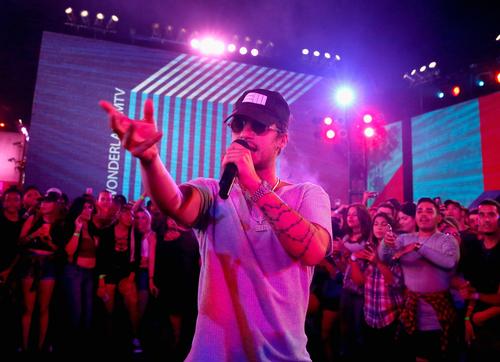 It looks like Russ has some new heat on the way. On Wednesday, footage surfaced online the popular Atlanta rapper previewing a new song he recently cooked up in the studio.

“People hatin on me thats a trend/ they think Im gon’ deck you thats a threat/ peep my middle fingers thats a band/ all my women mixed thats a plan/ Throw a hundred K, I don’t feel a thing/ Let me pop my shit/ People coming at me from all angles gotta watch my shit woah,” Russ adds.

It’s clear by the lyrics Russ is calling out the haters with this one, particularly the people who don’t keep the same energy to his face as they do online. And Russ has definitely seen his fair share so-called “beef” over the recent months. Just a couple weeks ago, the ATL rapper received some backlash from Smokepurpp after Russ courageously called out fellow artists for glorifying the use drugs & xanax (see here).

RELATED: Russ Drops Off The Snowy Visuals For “Wife You Up”

While we wait for the full song to surface, check out a preview it (below) and let us know what you think. New Russ sounding fire or nah?