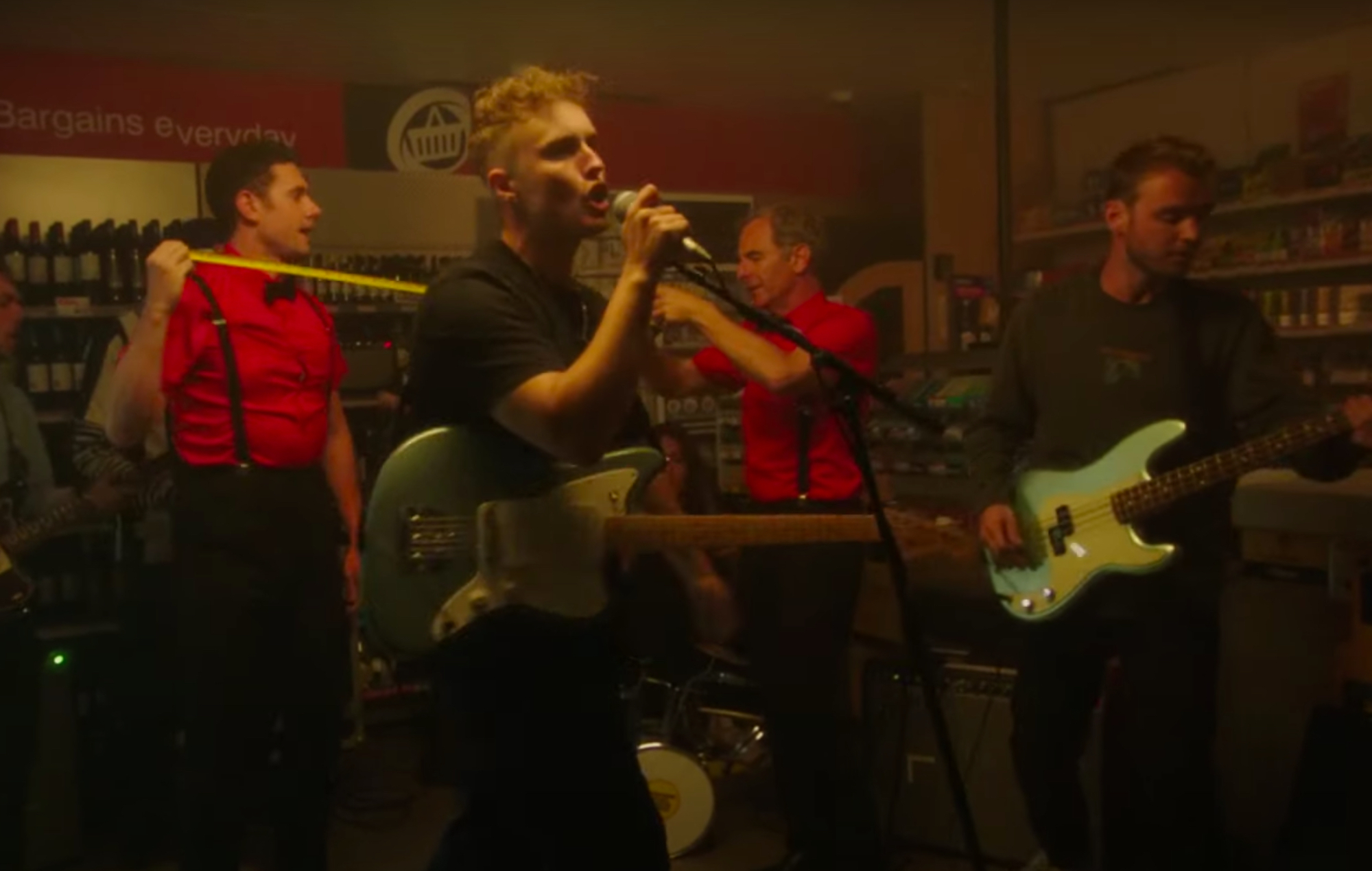 The rowdy, sub-two-minute track arrived last month to accompany the North Shields musician’s comeback single ‘Seventeen Going Under‘, the first taste of his second album of the same name (out October 8).

Landing tonight (August 11), the B-side’s new visuals find Fender and his band performing in the booze section of a local supermarket as carnage unfolds around them. Actor Robson Green, a fellow North East resident, also appears in the clip (Fender is a “longstanding fan” of Extreme Fishing).

“We recorded this two-minute punk monster of a track in one take. It was basically a joke that went too far, but I’m so glad it did,” the singer-songwriter explained.

“The video features legends Robson Green and Tom Brittney who we had been out fishing with on the day it was filmed. We had an absolute riot causing carnage in that supermarket!”

Following the release of ‘Howdon Aldi Death Queue’, NME‘s Mark Beaumont said that Fender was “leading the charge” in the return of the B-side. He described the new cut as sounding like “Royal Blood getting pinged by Slaves“.

Sam Fender recently rescheduled his coronavirus-delayed UK tour, which is now due to begin tomorrow (August 12) at Bristol’s O2 Academy. Dates will follow in Birmingham, Glasgow, Leicester, Manchester, London and other cities.

Speaking to NME last month for a Big Read cover interview, the musician said that his second record is “leagues ahead” of his 2019 debut, ‘Hypersonic Missiles’. “I’m more proud of this than anything I’ve ever done,” he explained. “It’s probably the best thing I’ve done in my life.”