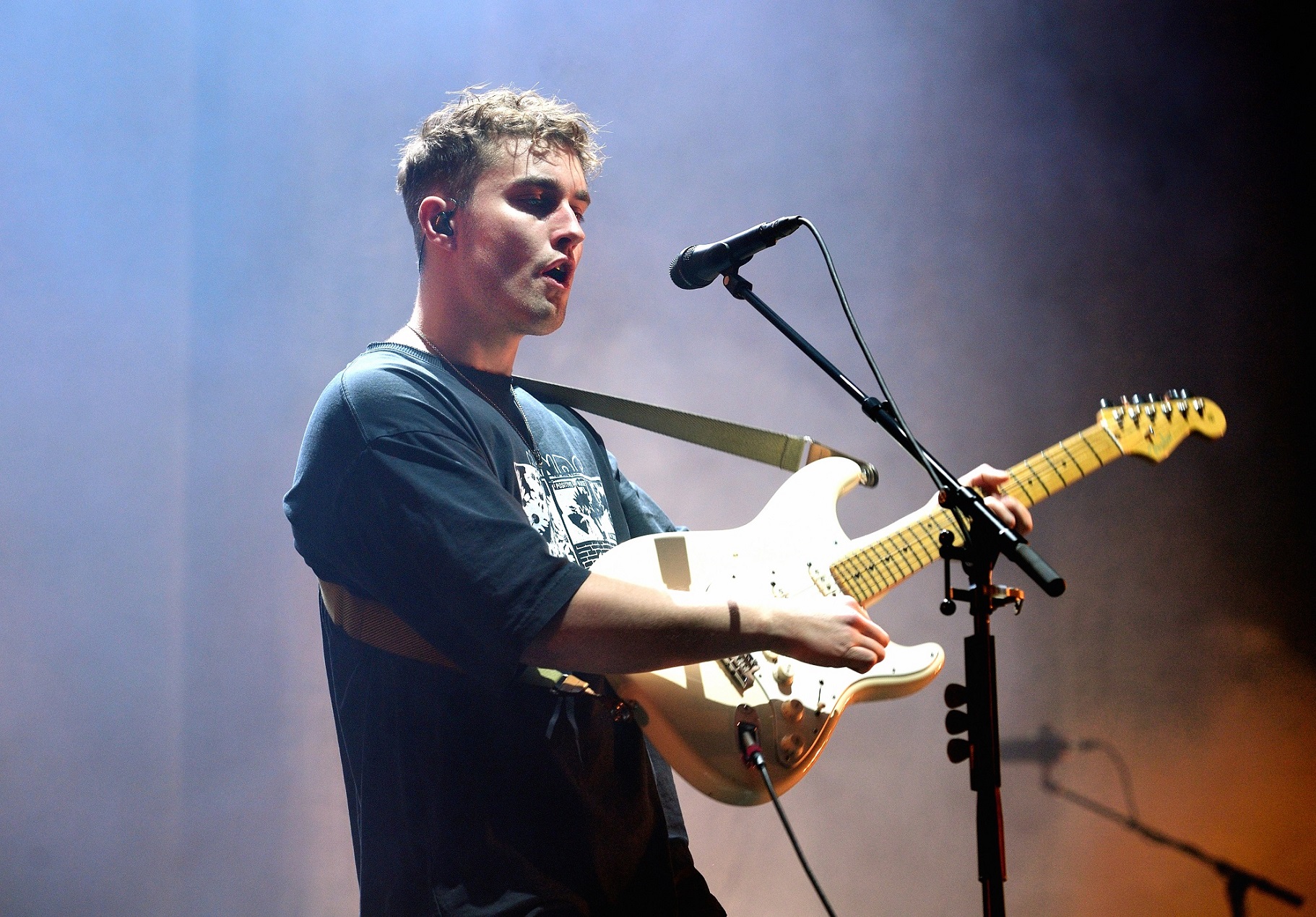 Sam Fender has shared a poster for next year’s Finsbury Park summer show which includes a cartoon of Boris Johnson as a pig, cooking on an open fire.

The North Shields’ singer-songwriter announced the show earlier in December, which will see him being joined by a hand-picked roster of acts including Fontaines D.C., Declan McKenna, Beabadoobee and Goat Girl, with many more to be announced.

“It’s the biggest gig we’ve put on so far – 45,000 tickets,” Fender told NME. “It’s gonna be like Sam Fender with his mates and friends. We’ve got Fontaines D.C. confirmed so far, and I’m so, so excited because I absolutely adore them boys. Their last record was second to none, you know, it was amazing. It’s going to be a really exciting night.”

Fender shared the new poster, which has been created by artist Neal Fox, on his Instagram with the caption: “Tickets for our summer party in Finsbury Park, London are absolutely flying oooot! Join us X”.

In a recent interview with NME, Fender spoke openly about the impact that Tory leadership has had on his working-class town. “It’s been closed since the ’80s, from the ghost wasteland of the shipyards. You’ve got all the scars of Thatcherism from The Tyne all over to the pit villages in Durham.”

He has also been vocal about the Government’s handling of the pandemic, selling face masks emblazoned with the words ‘2020 Shit Show’ and ‘Dystopian Nightmare Festival’ on his website.

“I think everyone has said enough haven’t they?” He said. “I never want to see Boris Johnson’s or Matt Hancock’s face ever again. As soon as they come on the TV, I just turn it off.”

He continued: “I’d never vote for the bastards because I fucking hate them and I know what they’re up to, but I get why people don’t feel any allegiance to left-wing politics when they’re working-class.”

In other news, Sam Fender’s ‘Seventeen Going Under’ was recently chosen as NME‘s Album of the Year. “It means the world to me because this album means the world to me and the boys,” he said. “We poured our hearts into it and worked our arses off for it. We wrote 50 songs for this record, so it took a lot of whittling down, man!”

The musician was also forced to postpone the final two in-store shows of his current UK tour after one of his touring party came down with COVID-19.

“End of year shocker,” he wrote on his Instagram Story. “There’s been a case of COVID in our touring party so the in-store shows in Sheffield and Dundee tomorrow will be moved to next year. Big love and see you soon.”

Fender will headline London’s Finsbury Park on Friday July 15. Tickets are available here. He will also make an appearance at the BandLab NME Awards 2022 alongside Halsey, Griff and Rina Sawayama. Tickets to the Awards are on sale now and available here.