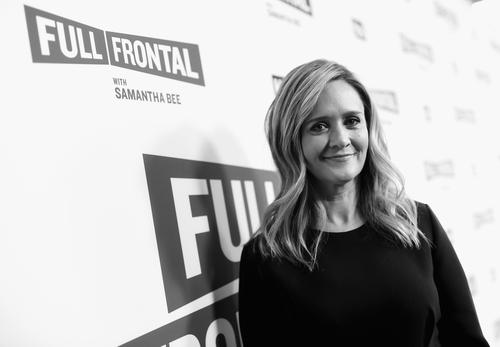 Samantha Bee To Aziz Ansari: "If You Say You’re A Feminist, Act Like A Feminist"

Comedian and Master None actor Aziz Ansari has had a rough week. After an accusation sexual assault levied against him, the resulting backlash on social media and with other celebrity figures has been interesting to watch. Ansari explained his side the story and, while there are still those who say his name should be dragged through the mud, others are saying that he doesn’t necessarily deserve the hate he’s getting.

One person who falls into the former category is Samantha Bee, former Daily Show correspondent and now host her own late-night show on TBS, Full Frontal with Samantha Bee. As the below clip from last night’s show demonstrates, she was all in on making Aziz feel the wrath the #MeToo movement. Watch the entire segment below.

“What many fail to understand is that it doesn’t have to be rape to ruin your life, and it doesn’t have to ruin your life to be worth speaking out about,” said Bee. “Any kind sexual harassment or coercion is unacceptable.” She also specifically defined the severity Ansari’s actions, though less disgusting by comparison to some other heinous incidents that have made headlines recently, that doesn’t mean women are going to stand for it.

“We know the difference between a rapist, a workplace harasser and an Aziz Ansari,” said Bee. “That doesn’t mean we have to be happy about any them.” She put an exclamation point on the segment with the following ultimatum: “Men, if you say you’re a feminist, then … like a feminist.”

Do you agree or disagree with Bee’s stance? Let us know in the comments.