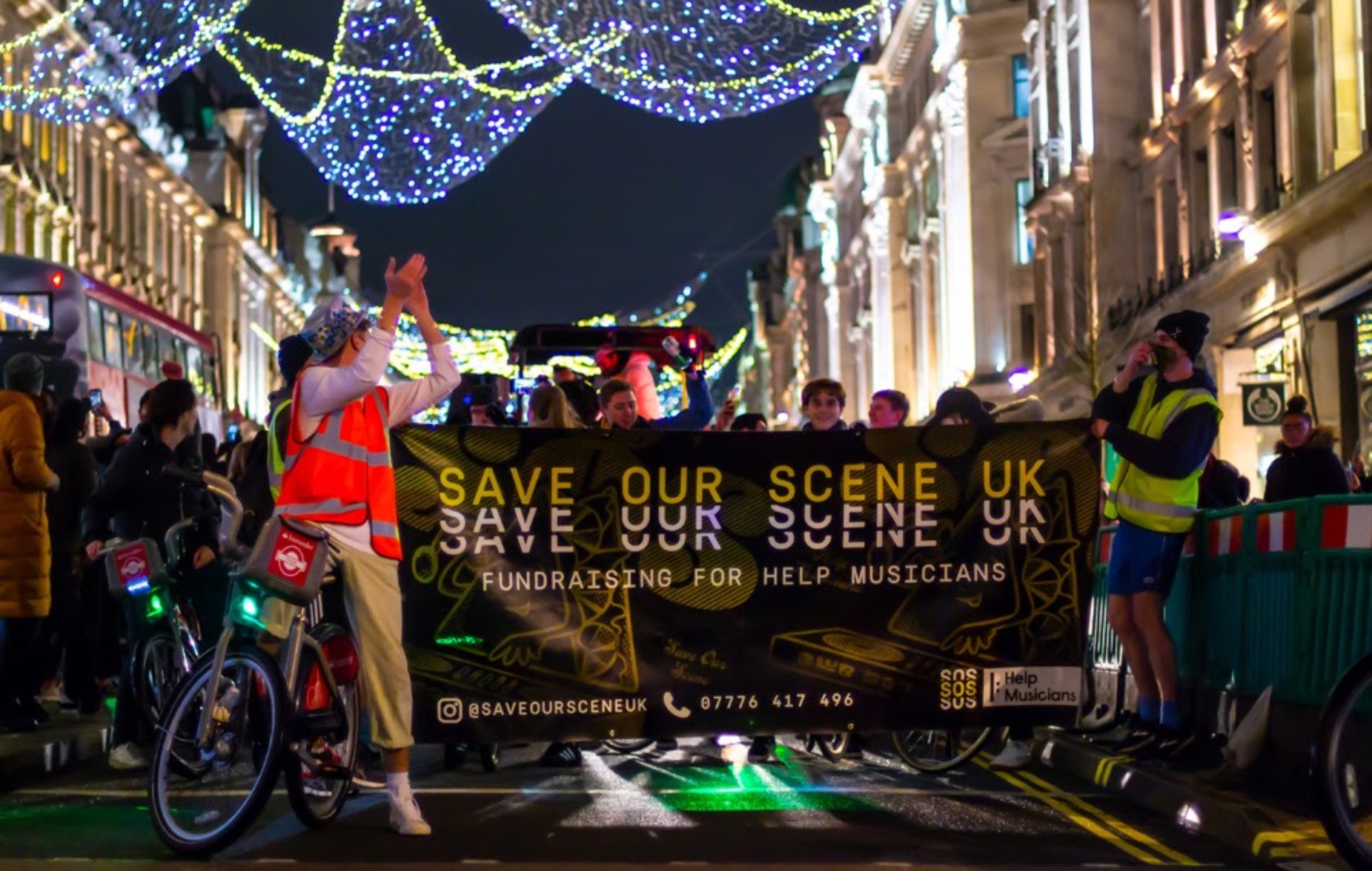 Save Our Scene announces #FreedomToDance protest event in London

Save Our Scene has announced a London rave in protest of the government’s perceived disregard for the live music industry throughout the coronavirus pandemic.

Described as “the largest demonstration the music industry has ever seen”, the #FreedomToDance march will depart from Regent Street at 12pm BST this Sunday (June 27) before making its way to Parliament Square.

Announcing the event, Save Our Scene said it is “demanding that the Government ends all restrictions on the hospitality sector without any further delay”, adding: “Enough is enough and we can’t stay silent anymore.”

Among those to perform DJ sets at the protest are Eats Everything, Alan Fitzpatrick, Hannah Wants, Franky Wah, Fat Tony, Jess Bays, Max Chapman and more – you can see the official poster below.

George Fleming, the founder of SOS, commented: “Whilst it’s great to see waves of football fans partying in London, it really asks us a question, why is the music industry still being suffocated by the Government?

“We have proven that we can open responsibly, and 58,000 people took part in the pilot events, of which only 15 people tested positive (5 of which were home related). This has proven the industry can successfully carry out safe events without adding to the spread of the virus.”

A post shared by Save Our Scene UK (@saveoursceneuk)

A post shared by Save Our Scene UK (@saveoursceneuk)

Michael Kill, the CEO of the Night Time Industries Association, added: “The Government has consistently marginalised our sector, we have had to fight for every bit of support and engagement throughout the pandemic.

“We have been continually targeted by the Government and excluded within every announcement. Our Industry is recognised and valued across the world, yet undervalued by our own Government. It’s time to push back and show the power of electronic music and the night time economy through its greatest asset, its people! Time to #Letusdance.”

Save Our Scenes put on protests in London and Bristol in support of struggling musicians last December, having first hosted an event in October.

The announcement of the #FreedomToDance protest comes after Prime Minister Boris Johnson delayed the lifting of all remaining COVID restrictions (originally due to take place on June 21) until July 19.

Truck Festival and Kendal Calling have since cancelled their 2021 editions, citing the lack of government insurance. Last week (June 14), the Association of Independent Festivals (AIF) also called for an urgent intervention from the UK government for festivals that may not be able to go ahead as planned.