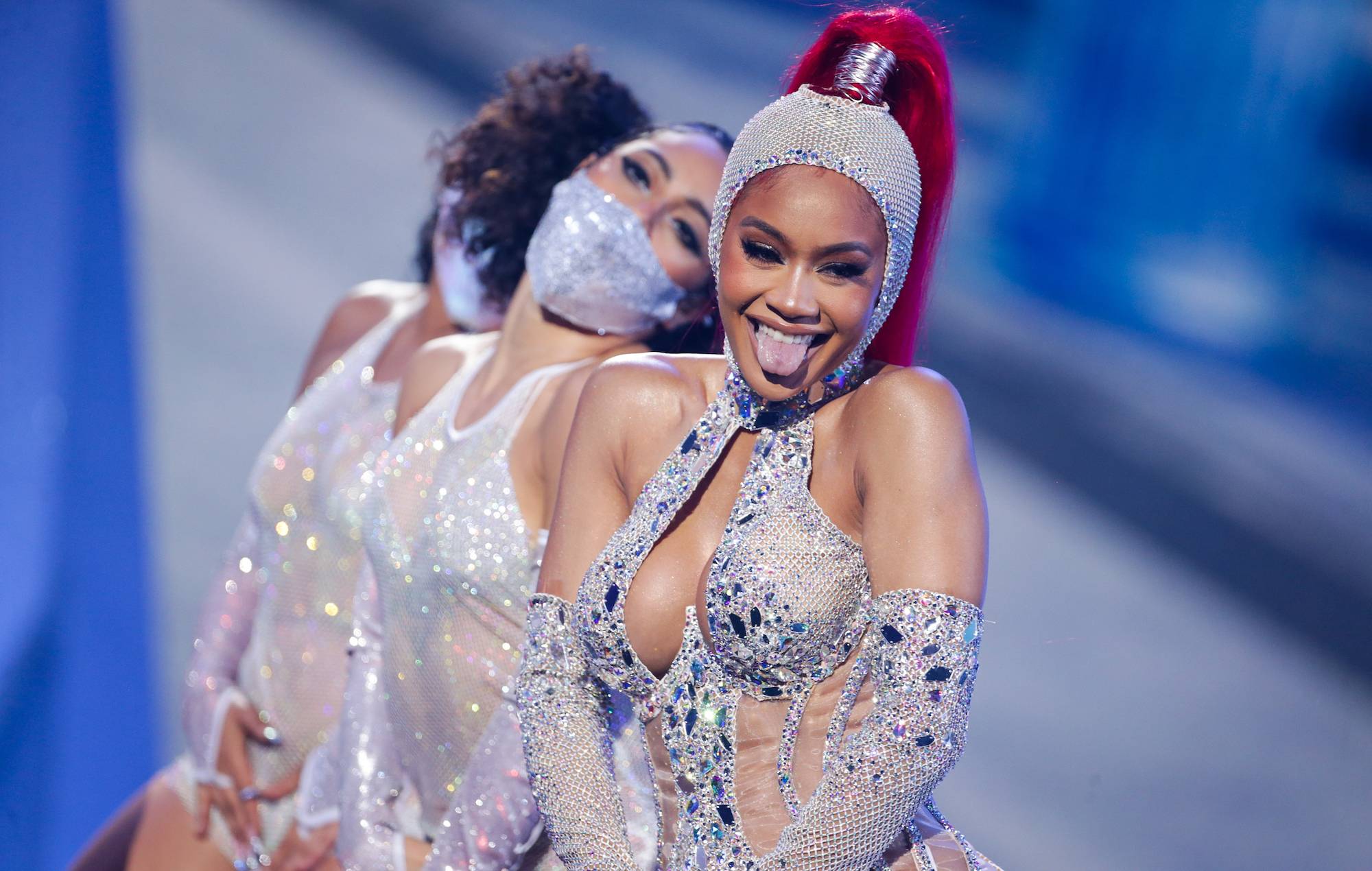 Saweetie made her SNL debut last night (November 20) – watch her perform new single ‘Icy Chain’ and a medley of ‘Tap In’ and ‘Best Friend’ below.

The rapper released her new track ‘Icy Chain’ on Friday (November 19) ahead of her first performance on the legendary late-night show.

During the Simu Liu-hosted episode, Saweetie first played a medley of her Doja Cat collaboration ‘Best Friend’ and 2020 single ‘Tap In’. For the pair of tracks, she performed a choreographed routine, flanked by two dancers.

Saweetie then gave a live debut to ‘Icy Chain’, in a performance that saw her play in front of huge light-up letters spelling ‘I C Y’.

Watch the pair of performances below:

New track ‘Icy Chain’ is produced by Dr. Luke, Rocco Did It Again!, and Lil Aaron. The track marks the third collaboration between Saweetie and Dr. Luke after ‘Best Friend’ and ‘Tap In’. The producer has an ongoing legal battle with Kesha, after she sued him in 2014, alleging emotional abuse and sexual assault.

The track is the latest from Saweetie as she continues to prepare her long-awaited debut album ‘Pretty Bitch Music’.

Elsewhere on SNL, last week (November 13) saw Taylor Swift play her 10-minute version of ‘All Too Well’, a centrepiece of Swift’s new re-recorded version of 2012 album ‘Red’, which came out the day before the performance.

Later this year, Billie Eilish will return to the Saturday Night Live stage next month, being both the musical guest and making her debut as host on December 11.

SNL have also revealed the host and musical guest for the December 18 episode, with Paul Rudd and Charli XCX performing those roles respectively. Rudd’s appointment means he’s officially joined the ‘Five-Timers Club’, denoting those who have hosted an episode of the show at least five times.