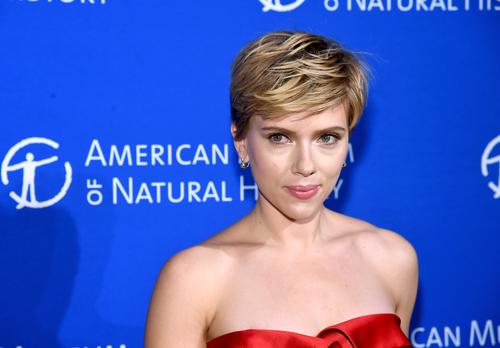 This week was a historic one for women and #MeToo supporters across the United States, as attendance at women’s marches swelled to hundreds thousands per event. Participants protested the injustices that women are subjected to on the regular in society and, in Los Angeles, that feeling empowerment was potentially at its strongest. More than 500,000 people attended the Los Angeles event, with one high-prile speaker singling out James Franco for his distasteful wearing the “Time’s Up” pin.

Scarlett Johansson, star Marvel’s hugely successful Avengers franchise, had some choice words for the actor who, at last check, had been accused sexual assault by no less than five women. In her speech to the crowd who was on hand, ScarJo was quick to point out the hypocrisy Franco’s actions at the Golden Globes this past year.

“How could a person publicly stand by an organization that helps to provide support for victims sexual assault while privately preying on people who have no power? I want my pin back, by the way,” she said. Although Franco’s name wasn’t explicitly mentioned, a rep for Johansson confirmed that that’s who the comment was directed at.

Johansson expanded on her experience as a young woman in Hollywood and, suffice it to say, it wasn’t all sunshine: “Suddenly I was 19 again and I began to remember all the men who had taken advantage the fact that I was a young woman who didn’t yet have the tools to say no or understand the value my own self-worth. I had many relationships, both personal and pressional, where the power dynamic was so f that I had to create a narrative that I was the cool girl who could hang in and hang out, and that sometimes meant compromising what felt right for me.” Check out all her comments in the above video.