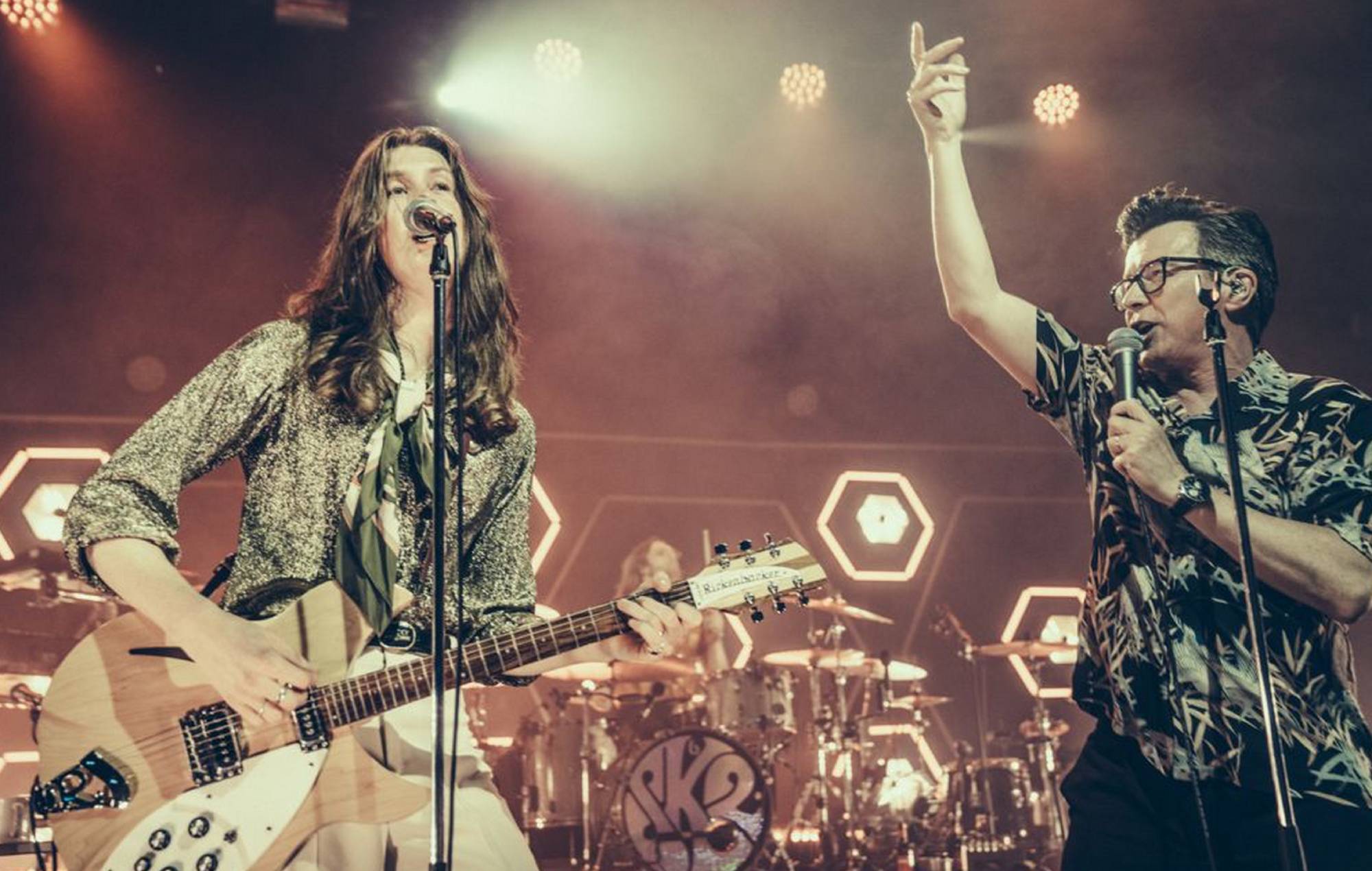 Billed as ‘The Songs Of The Smiths’, the gig saw Blossoms become Astley’s backing band for a full set of theirs and fans’ most-loved Smiths songs, including ‘This Charming Man’, ‘Heaven Knows I’m Miserable Now’ and ‘What Difference Does It Make?’

“The Smiths have always meant so much to Blossoms, with even their rainiest songs complete with wry humour and soul-reaching musicianship and melody,” Blossoms said in a statement last month. “Their poppier moments are pure, joyful, danceable poetry.

“Imagine backing Rick Astley to play the songs of The Smiths? We’ve had wilder dreams, but not many. We’ll barely be able to believe it until it happens, but the dates are set, we’re studying every note, line and beat to say ‘thank you’ to The Smiths alongside Rick and do both of them proud.”

Astley added: “From the moment The Smiths emerged in 1983 I was hooked and it’s as a fan, with deep respect as a musician for Morrissey, Marr, Rourke and Joyce, that I’ll be joining the endlessly enthusiastic and talented Blossoms on stage to sing their songs.”

Blossoms and Astley will play their second and final show tonight (October 9) at London’s O2 Forum Kentish Town. You can see footage from their Manchester show below.

And I loved every second of it ? pic.twitter.com/Nxir0rtAOe

@RadioX @PollyJames me and my boyfriend @no_eyedea saw Rick Astley & Blossoms perform last night in Manchester. We had a bop and Rick even brought out flowers which was standard for any Smiths gig. They all had a shot of jäger on stage too. What a night and hope they do it again. pic.twitter.com/eKzlBrfIvv

Rick Astley and Blossoms doing The Smiths in Manchester was a bit mad pic.twitter.com/FY5NuQMJAM

Rick Astley and Blossoms having a Jager at their Smiths gig pic.twitter.com/S1YqHU1Qlf

Blossoms and Rick Astley finally paid their homage to The Smiths last night at Manchester’s Albert Hall to a sell out crowd. Rick certainly has become the Morrissey we’ve all been waiting for ?pic.twitter.com/OW9LZnr3RD

The Smiths songs Blossoms and Rick Astley played are as follows:

‘What Difference Does It Make?’
‘Bigmouth Strikes Again’
‘Still Ill’
‘Reel Around the Fountain’
‘Cemetry Gates’
‘Ask’
‘Hand in Glove’
‘Some Girls Are Bigger Than Others’
‘The Boy With the Thorn in His Side’
‘Girlfriend in a Coma’
‘Well I Wonder’
‘Heaven Knows I’m Miserable Now’
‘Panic’
‘William, It Was Really Nothing’
‘Barbarism Begins at Home’
‘Please, Please, Please Let Me Get What I Want’

Encore:
‘How Soon Is Now?’
‘This Charming Man’
‘There Is a Light That Never Goes Out’

Soon after Blossoms and Astley announced the shows, former Smiths guitarist Johnny Marr gave his verdict on the stunt – describing their collaboration as “funny and horrible at the same time,” before adding that Blossoms failed to tell him about their gigs upon meeting but that he “had no problem” with covers bands or Astley.

The guitar icon later told NME that the row has been put to bed after the social media storm that emerged.

“I didn’t ask for that, but sometimes stuff like that happens when you’re in the public eye,” Marr told NME ahead of his show at London’s Camden Electric Ballroom on September 23. “There was an M.O. there that just wasn’t very cool – but I’ve dealt with it. I think I’m a pretty reasonable person, and I’ve dealt with it.”

Smiths frontman Morrissey is yet to comment on the cover shows, however, according to Louder Than War, the controversial musician was spotted last night attending an Echobelly gig at Manchester’s The Deaf Institute, just a few hundred yards from the Smiths cover gig.

Meanwhile, news is expected soon of Blossoms’ new album after they teased details of it in a recent interview with NME.