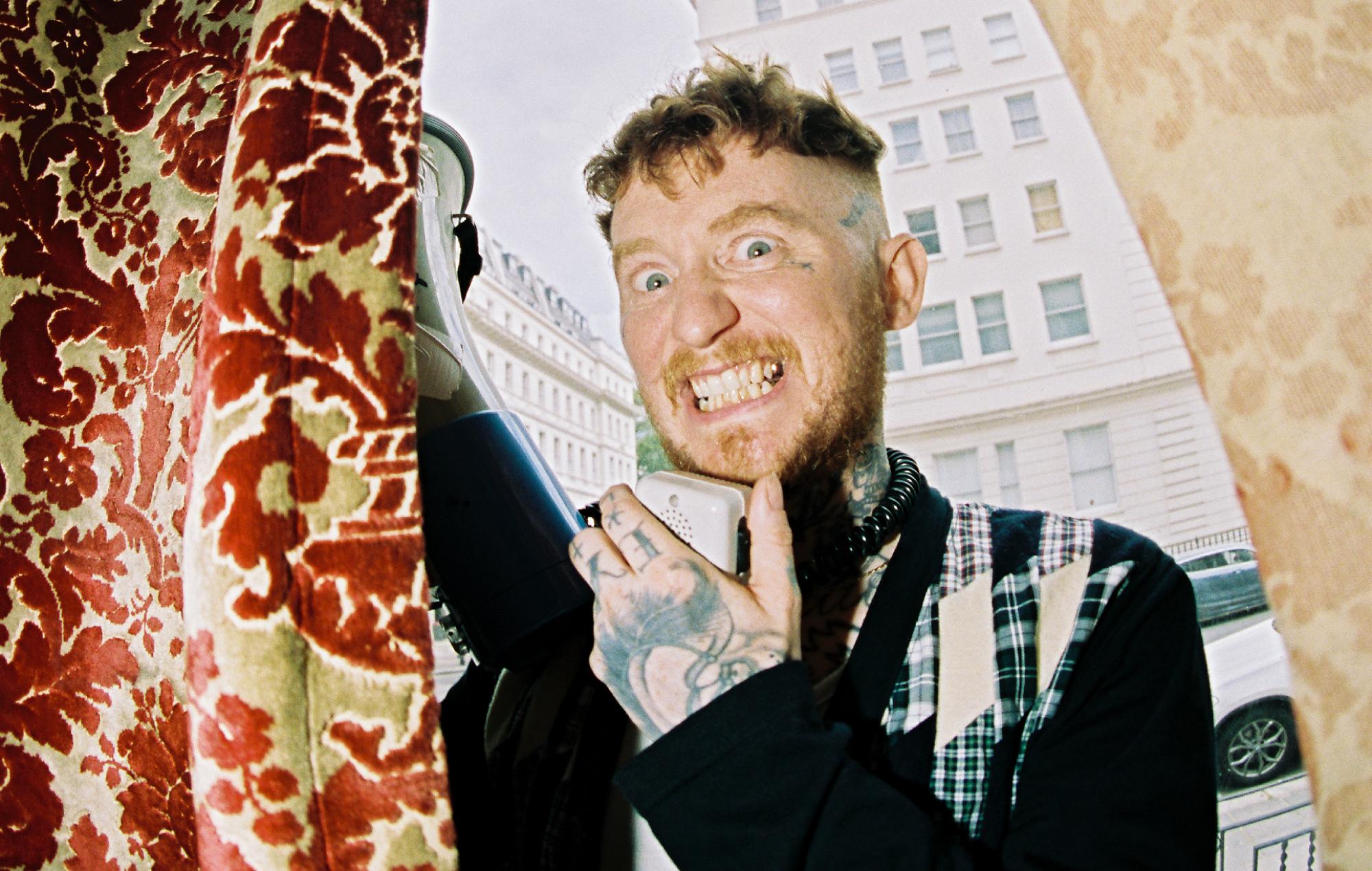 Frank Carter And The Rattlesnakes have shared some exclusive behind-the-scenes snaps from their video shoot for new single ‘Go Get A Tattoo’ featuring Lynks.

The song and video follow April’s ‘My Town‘ featuring Joe Talbot of IDLES and last month’s ‘Sticky‘, which is the title track of the band’s upcoming fourth album due for release on October 15, 2021.

‘Go Get A Tattoo’ was inspired by Carter’s experience of having to shut his first tattoo parlour, Rose of Mercy, due to the coronavirus lockdown.

“I signed the lease to my first ever tattoo shop in March 2020, it was a dream of mine for probably 15 years and within two weeks the shop was shut and I was drowning my sorrows with tequila and madness and praying that we would never have to lockdown again. Little did I know,” Carter told NME.

He added in a separate press statement: “Irreverent is a good word for [the song]. I’d worked my entire life to get to the point of getting a shop, and I’d finally achieved it, and I couldn’t even open the doors. So yes, when this is over, I need everyone to come and get a tattoo.”

Lynks added: “It is bloody irreverent actually. I mean I’m literally here singing about tattoos with not a single one on my body. Am I a poser? Probably. But the song still bangs. I’m so used to singing over bleeps and bloops and shit, so when Frank coerced me into becoming a rock and roll star I was initially hesitant. But now I’m fully converted. I think I’m gonna burn the synths and invest in a Stratocaster or two.”

The accompanying Thomas Davis-directed music video shows a burnt-out office worker who turns up to get a tattoo from a Carter. Just as the needles pierces the skin, the worker spirals in a hallucination that depicts him as the frontman of a raucous punk band. Lynks jumps out of a toilet as things turn darker, leaving the worker confused about what he just witnessed.

Check out some exclusive behind-the-scenes shots from the video below.

In other news, last month Frank Carter and co. headlined the Download Festival Pilot, which helped spearhead the return of UK camping festivals amid the pandemic – see footage here.

The group will also head out on a UK, Irish and European tour from this September.