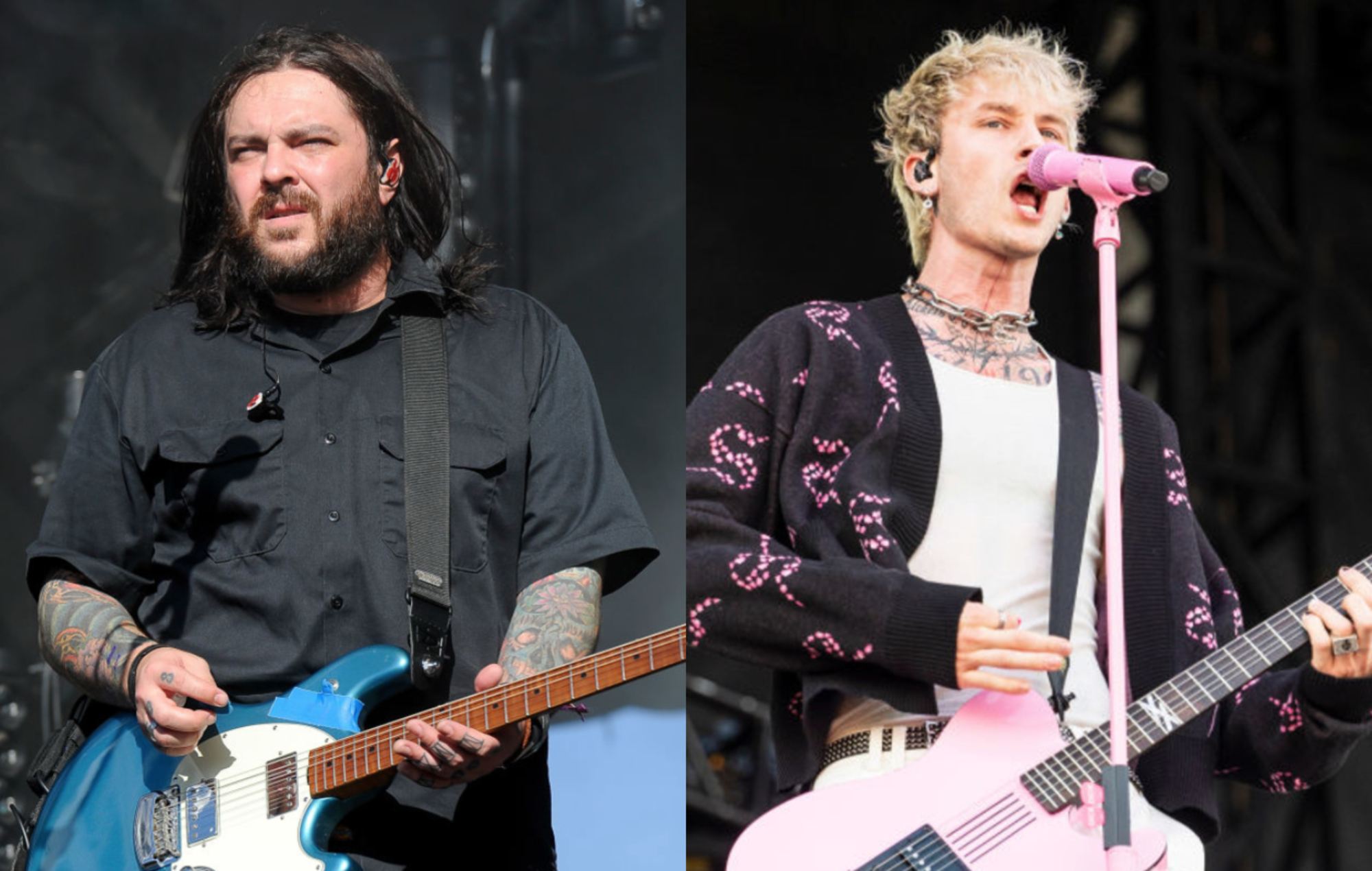 The rapper turned rocker headlined the Louisville, Kentucky festival last Saturday (September 25), and footage from the metal-leaning event showed that not everyone was happy with his top billing, with some of the crowd booing and flipping him off.

During Seether’s set at Louder Than Life, Morgan congratulated the audience on their response (see footage below), and has since elaborated on why he did so in an interview with Loudwire Nights.

“I congratulated the crowd for booing that prick off the stage,” recalled Morgan. “Here’s my thing – you were a rapper, you got rapped out of rapping because you got so owned by Eminem. Then you come to rock for example, and it’s more pop punk than anything else as I consider it, but yeah, I just had to say something.

“I was proud of those people. I didn’t feel like you belong on a stage like that after one or two singles just because you’ve got a name and a fancy girlfriend and now you’re a big headliner at a rock festival. And especially not when you take on one of metal’s greatest singers and you think that you’re gonna get away with it.”

Morgan concluded, “I was very impressed by them and I had to thank them, and I had to let them know that they were doing God’s work.”

Kelly’s performance at Louder Than Life also saw him confronted by two fans who jumped the front barricade after he made his way down to the photo pit. Footage shows Kellz throw a punch at a man in a grey t-shirt as security gets in between them, although it’s not clear as to whether it landed.

It’s not clear as to why the incident occurred, but it comes after Machine Gun Kelly’s recent feud with Slipknot frontman Corey Taylor. Slipknot weren’t on the bill, however many of bands on the Saturday line-up shared fans with the masked metal act.

MGK dissed Taylor at Riot Fest in Chicago last month seemingly in response to comments the Slipknot singer made in an interview with Cutter’s Rockcast – even though he didn’t name MGK directly.

“I hate all new rock for the most part,” Taylor said during the chat. “I [hate] the artists who failed in one genre and decided to go rock and I think he knows who he is. But that’s another story.”

Kelly hit back at Riot Fest, telling the crowd: “Hey, you wanna know what I’m really happy that I’m not doing? Being 50 years old wearing a fucking weird mask on a fucking stage, talking shit.” His comments came right before launching into ‘Tickets To My Downfall‘ track ‘Jawbreaker’.
Elsewhere, Trivium‘s Matt Heafy has inserted himself into the ongoing beef between Machine Gun Kelly and Slipknot, criticising the former for his “16-year-old pop punk cosplay identity.”