Three intimate summer shows have been announced ahead of this year’s All Points East festival, with Kenny Beats, Self Esteem, Sherelle and more on the line-up.

Ray-Ban X APE present The Summer Sessions will take place ahead of the main festival weekends between August 19-28, with shows scheduled for May, June and July.

Sherelle will kick off the sessions on May 26 at Colour Factory in Hackney Wick, where she’ll be joined by LCY, Nia Archives and Foundation FM.

The series ends on July 14, where Self Esteem will be playing Earth at Hackney for an intimate set. This show is the final chance to catch her in London before All Points East.

Tickets for all three shows will go on sale this Thursday (May 12) at 10am. See the full line-up below and find tickets here. 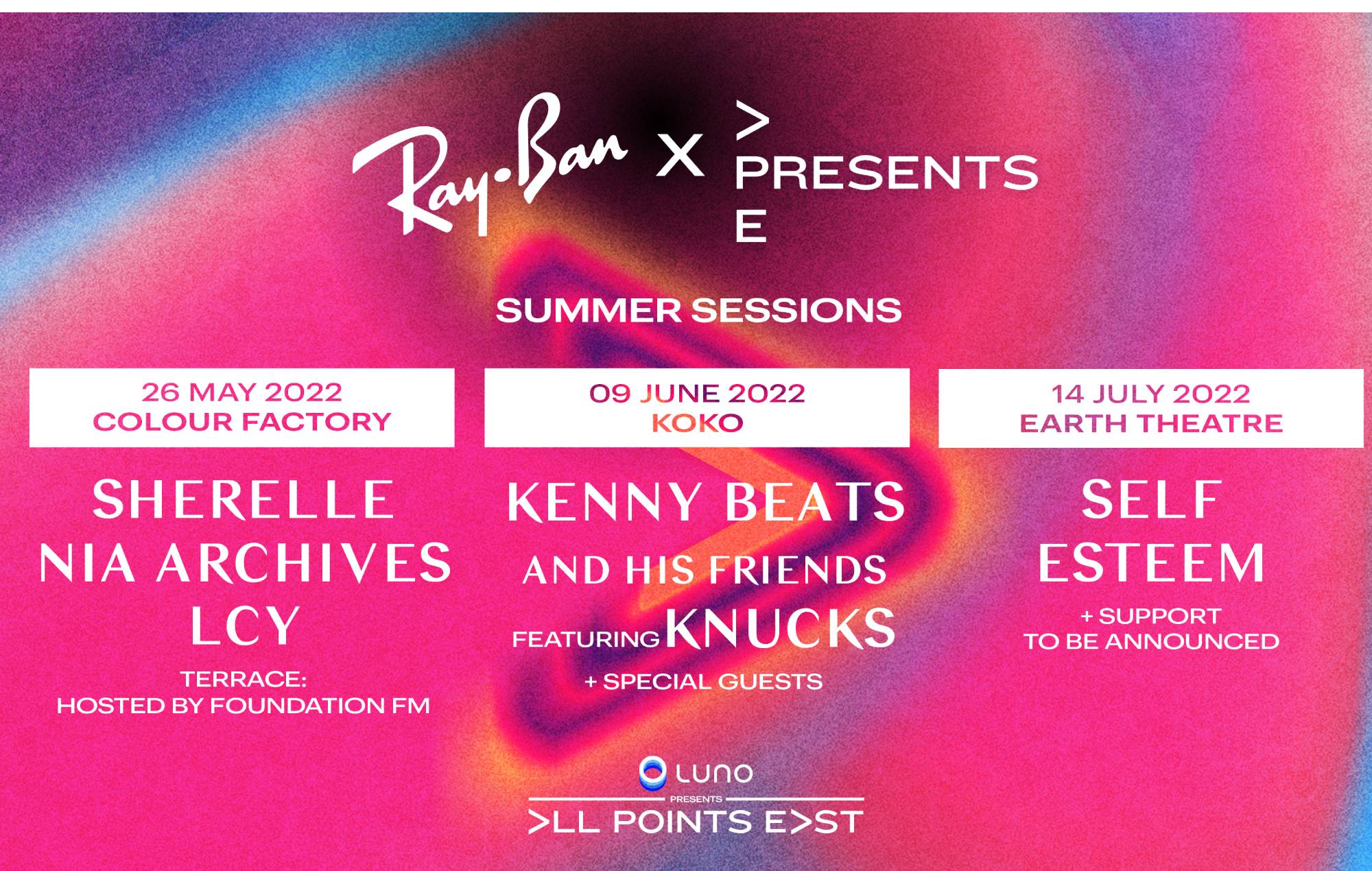 It was announced in November that All Points East, which is held in London’s Victoria Park, would return for two editions in 2022, running run across two weekends: Friday, August 19 – Saturday, August 20 and Thursday, August 25 – Sunday, August 28.

Nick Cave & the Bad Seeds, The National, Tame Impala and Kraftwerk are among the headliners for this year’s festival.

Last month, Gorillaz announced the complete line-up for their All Points East headline set, with Turnstile, Ibeyi, Nia Archives and Willow Kayne among the added acts.

Earlier this year, it was also announced that Field Day, which will take place in Victoria Park as part of All Points East, will be held this year on August 20.