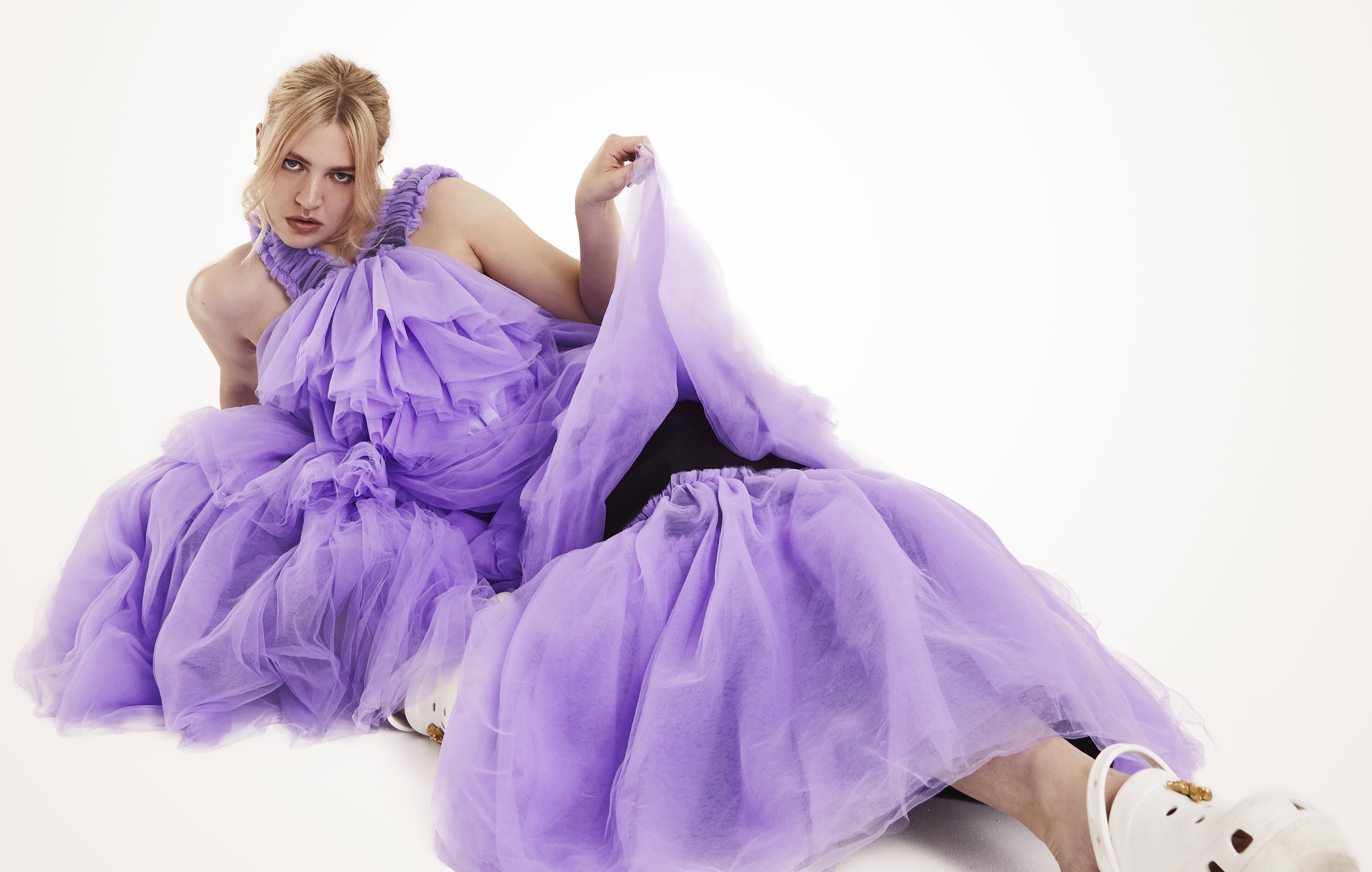 Self Esteem has released a new single called ‘How Can I Help You’ – you can watch the video for the song below.

Taken from her upcoming second album, ‘Prioritise Pleasure’, ‘How Can I Help You’ hears Self Esteem take aim at the misogynistic standards and objectification that women are subjected to.

“How can I help you/ Do what it is that you/ Always hoped you could set out to prove? … Cos that’s what I’m put here to do/ Isn’t it?” Self Esteem sings over the intense percussion.

The accompanying video for ‘How Can I Help You’ is the third and final video in a series of self-directed visuals shot at The Almeida Theatre and produced by Mr. Mr. Films – watch it below.

“‘How Can I Help You’ is one of the first songs I wrote for the second album,” Self Esteem said about her new single. “After touring the first record and most weeks being told that I am underrated or intimidating I just felt very fed up. I guess I’ll be eternally angry for the way as a woman unless you’re sweet, nice, settled, and quiet, you’re considered ‘different’ and ‘difficult’.

“I wanted to play the drums in the video to reclaim how often I used to feel self-conscious playing them. The physical act of a woman playing a drum means your tits move – all I ever wanted to do was play but it always came with this fear of being looked at in that way. Now my tits move for me, my song, my video. I’m also aware it’s probs a nice watch if you’re that way inclined, but I’m afraid if you wanna watch it you have to hear what I’ve got to say. Click for the tits, stay for the feminism!”

‘Prioritise Pleasure’ is the follow-up to Self Esteem’s 2019 debut album ‘Compliments Please’, and is set for release on October 22 via Fiction Records.

“13 songs of cleansing myself of the guilt and fear of being a woman who is ‘too much’ and replacing that very notion with a celebration of myself, of you, of being a human and the way that isn’t always easy or perfect, and that’s ok,” Self Esteem said of her new album, adding: “Sorry to my parents for the lyric ‘shave my pussy, that’s just for me’ but I think it’s maybe my finest hour!”

Self Esteem previously announced details of a UK and Ireland tour for November, which kicks off in Bristol on November 1. Tickets remain on sale here.