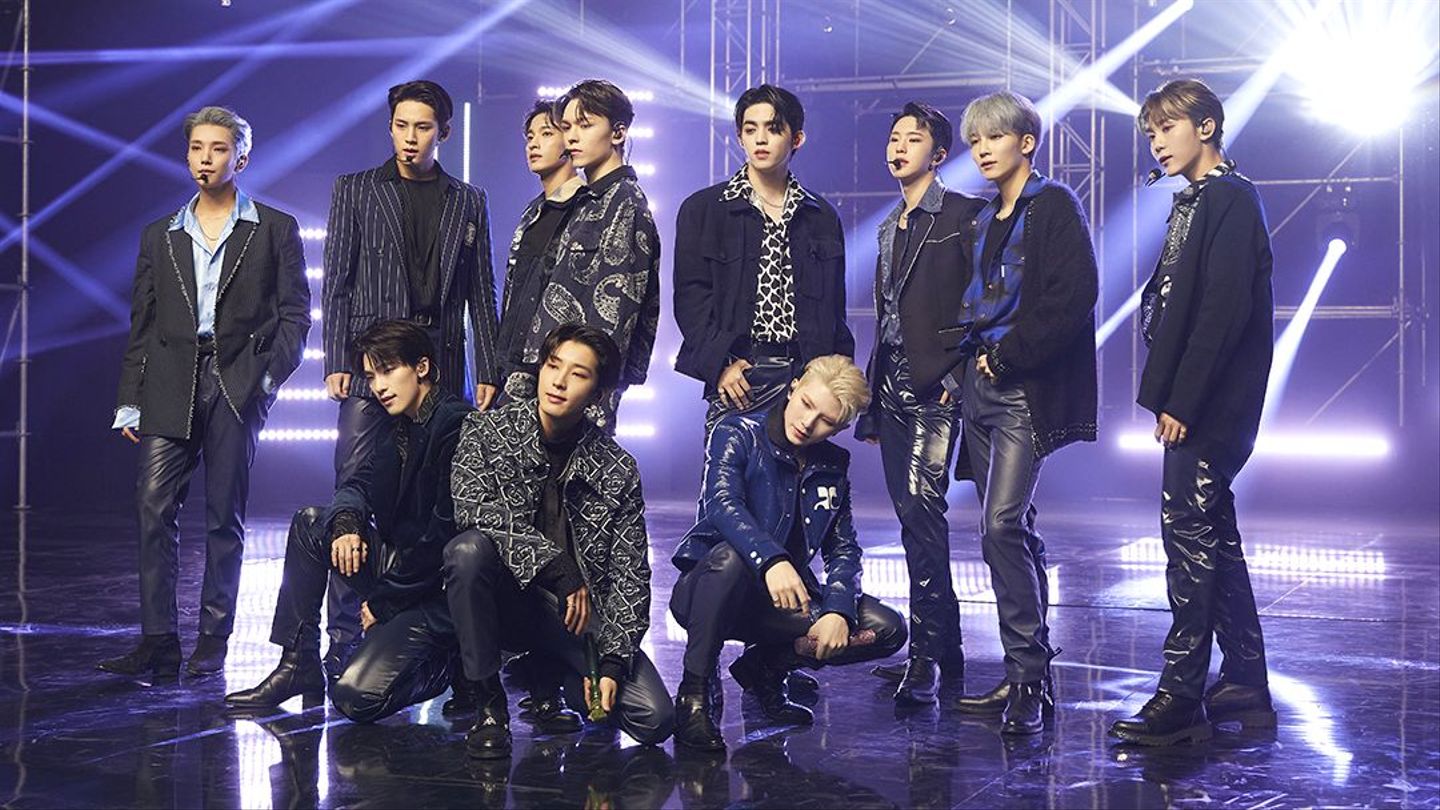 Seventeen Want To Be Your ‘Source Of Strength’

The first time you’re exposed to the K-pop superstars of Seventeen, you might wonder: Why are there only 13 of them? Allow group member Joshua to explain.

“We have 13 brains that work together,” member DK added. “I think this serves as inspiration for each other, as well.”

Of course, the group’s fans, known as Carats, already know this. And based on the year Seventeen has had, folks across the globe are quickly finding out just what members S.Coups, Jeonghan, Joshua, Jun, Hoshi, Wonwoo, Woozi, DK, Mingyu, The8, Seungkwan, Vernon, and Dino are capable of, too. They released two EPs in 2021, June’s Your Choice and October’s Attacca. As the MTV Push artists for December, and also the first K-pop act featured for an MTV Push campaign, Seventeen are already looking ahead to what they can accomplish in 2022.

“Being able to share songs and show performances that uplift and offer comfort especially in tough times like these is how we reciprocate all the love and support from our fans,” Wonwoo told MTV News. “And this is one of the things I personally find most fulfilling.”

“I hope to show these performances directly to you in person and be in the same space together with our fans once again in 2022,” Mingyu told MTV News.

Because of the ongoing pandemic, touring remains tricky. Seventeen have not performed a typical large arena show since February 2020, though their performances for their MTV Push showcase demonstrate their onstage skills. In particular, “Rock With You” explodes with the propulsive collective energy that a 13-person group can bring; the experience almost feels incomplete without seeing the choreography they utilize to present the song in its entirety.

It’s all part of a constantly evolving process, Woozi says, that seeks to best show off the power of the group as one unit: “While recording and finalizing, we had to do a lot of experimentation to find the right key for all the members.”

“Through the lyrics, we tried our best to talk about and convey the power of love,” S.Coups added. “We wanted to send a message to the listeners that Seventeen will be next to them as a source of strength.”

“Crush,” meanwhile, displays a more dance-pop sensibility — something Hoshi said made the song a dazzling opportunity to work on different extremes. “I think it was the hard-hitting beat and the pop-style melody [that drew us in],” he said.

The result is yet another captivating entry into the ever-expanding world of Seventeen. Catch the group breaking down the making of “Rock With You” and get to know them further in the interview above.