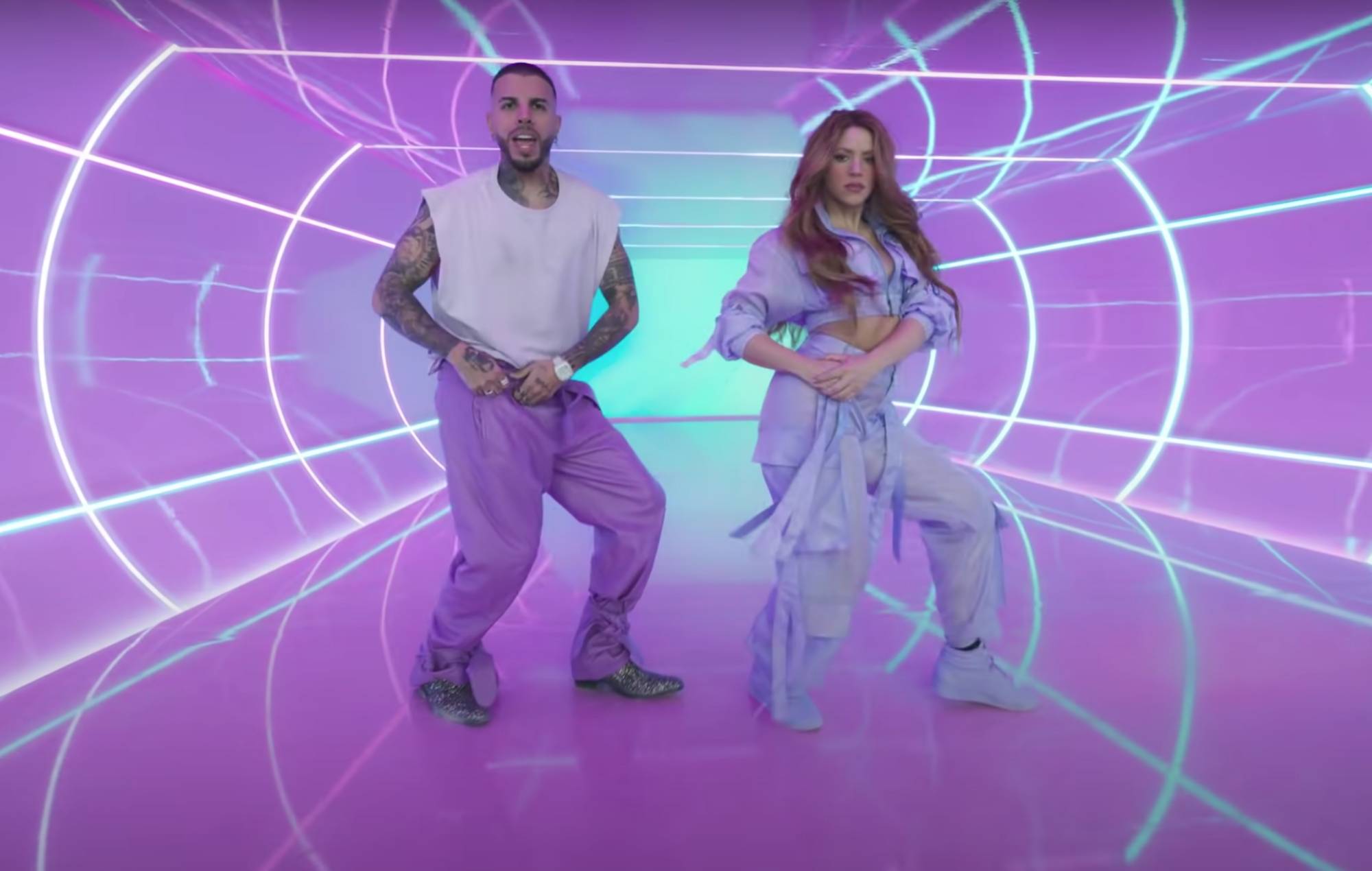 Shakira has shared her new single ‘Te Felicito’ – watch the video below.

‘Te Felicito’, which translates to ‘I congratulate you’, sees Shakira teaming up with Puerto Rican singer and rapper Rauw Alejandro, in a song that fuses electro-pop and reggaeton.

The track is the singer’s first single of 2022, following last year’s ‘Don’t Wait Up’, which was also her first completely English single since 2016’s ‘Try Everything’.

The accompanying music video for ‘Te Felicito’, directed by Jaume de la Iguana and filmed in Barcelona, features Shakira playfully dancing in a futuristic environment with a robot.

She then constructs a robot boyfriend (Alejandro), who joins in as the pair take on some robot-inspired choreography.

Shakira’s last album ‘El Dorado’ was released in 2017, and included the singles ‘Chantaje’, ‘Me Enamoré’, ‘Perro Fiel’ and ‘Trap’, the latter of which featured guest vocals from Maluma.

In 2020, Shakira teamed up with Jennifer Lopez to perform at the Super Bowl halftime show. The highly praised performance at Miami’s Hard Rock Stadium saw them rattle through 20 songs in 12 minutes.

“Hola Miami!” Shakira told the crowd as she opened with ‘She Wolf’. She then segued into ‘Empire’ – which saw her unexpectedly covering Led Zeppelin’s ‘Kashmir’ on a black sequinned guitar.

A duet with Latin star Bad Bunny saw the pair covering Cardi B’s ‘I Like It’, before she eventually closed her set with ‘Hips Don’t Lie’. She appeared again for the finale, which was a joint performance with Lopez of ‘Waka Waka’.

Meanwhile, last year, Shakira was involved in a bizarre incident where wild boars snatched her handbag while she was relaxing in a Barcelona park.

“It’s just crazy!” she reflected to Glamour of the incident as well as the social media reaction to her story. “I was taking my son, Milan, for a walk in the park and I got him a little ice cream,” she explained.

“We sat on one of those park benches and we were just minding our own business. And then two huge wild boars came from the back and ambushed [us] and took my purse! And I was like, ‘Oh, my God! Oh, my God!’ and screaming, because they were taking it away, with my phone in it, my car keys, everything! Like they could understand me! And people were just watching and they weren’t doing anything!”