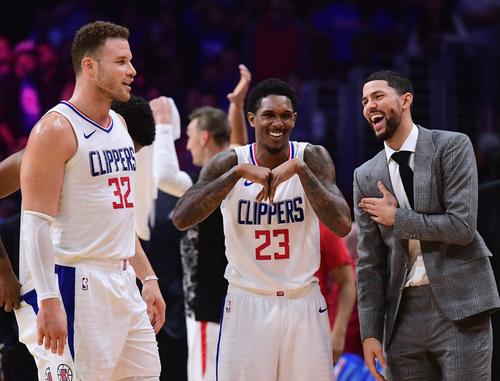 Shaq, Charles Barkley & Others React To Clippers vs Rockets Altercation

As a result last night’s locker room altercation between the Houston Rockets and Los Angeles Clippers, the NBA is investigating the situation and there are reports that several players will be fined, or even suspended.

In fact, the LAPD were even called in to assist security guards at the Staples Center amid the post-game chaos. As the bizarre reports unfolded last night, #NBATwitter had a field day with the situation.

Shaq and Charles Barkley thought the whole thing was absolutely hilarious, especially since someone actually called the LAPD to protect the Clippers from Chris Paul.

Check out some the other reactions to last night’s locker room altercation below.