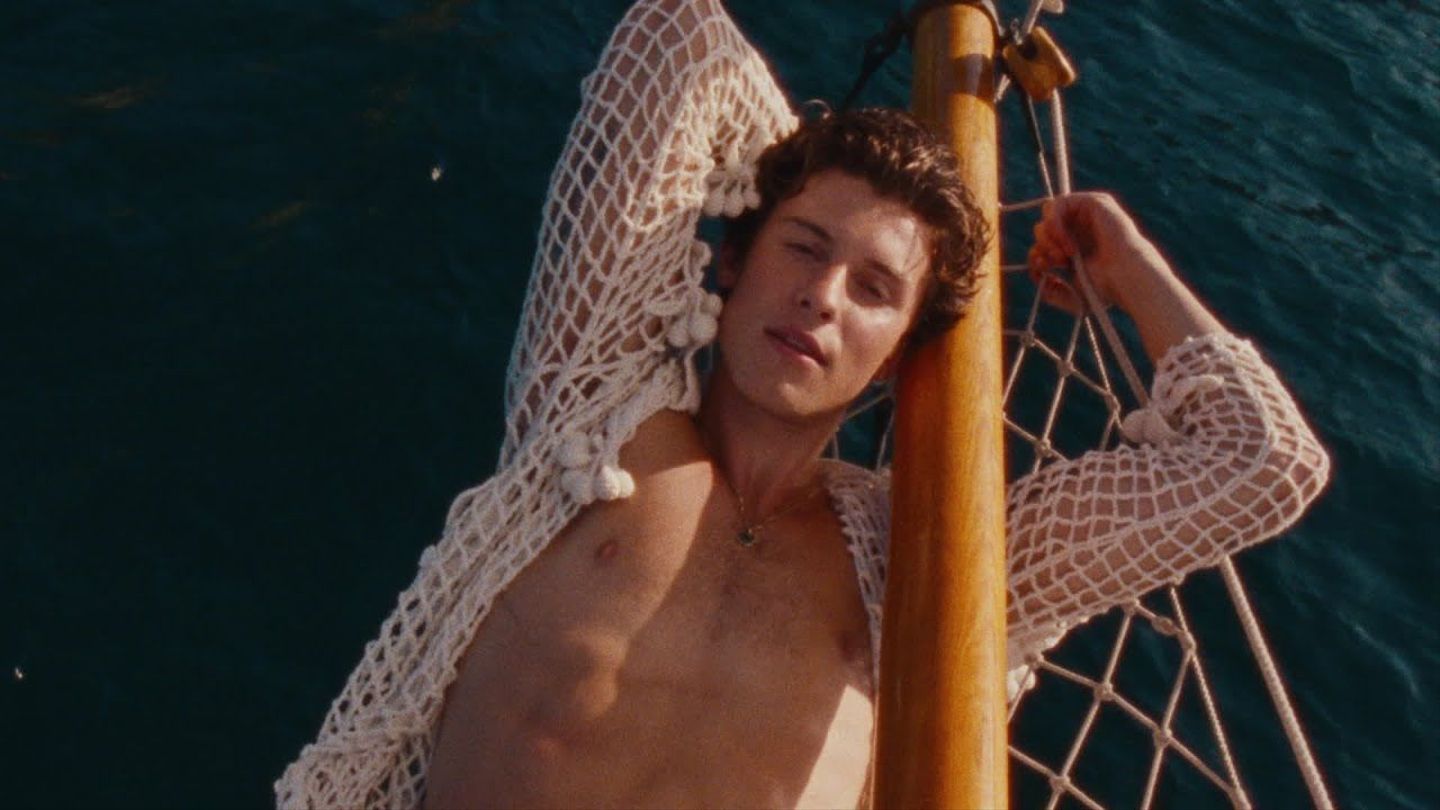 Shawn Mendes brings a “Summer of Love” full of nostalgia in his new single, out today (August 20).

The music video depicts a nearly shirtless Mendes and his friends enjoying their summer vacation in the Balearic Islands, Spain. They cruise through highways in convertibles, splash in waves, bask under the sun, sail through boats, and drink and party their hearts out at clubs. Mendes can also be seen playing his guitar through a window.

“It was the summer of love / A delicate daydream,” he sings on the chorus of the mildly electronic tune helmed by Puerto Rican producer Tainy. “And for a couple of months / It felt like we were 18.” Mendes also shouts out his hit single with his girlfriend Camila Cabello, “Señorita,” in the lyric: “Calling you my señorita.”

Directed by Matty Peacock, the video was shot and filmed on Mallorca. Peacock previously directed Shawn’s “Wonder” video, as well as videos for Selena Gomez, Billie Eilish, and Khalid, among others.

“I hope this song makes people feel free, free from the weight of life, even if just for a moment,” Mendes said in a statement. “The inspiration was getting a few months off to have a real summer with the people I love. My favorite part about creating it was getting the opportunity to work in the studio with Tainy. It was a special experience connecting with him since he’s such an incredible artist and amazing producer.”

Tainy also chimed in with his enjoyable experience collaborating with the 23-year-old artist. “Working with Shawn was so easy and really organic to be honest.  He is a true musician and vocalist but aside from that, the energy he brought to the studio was super genuine so creating feel good music together just flowed,” he said. “The chemistry is there and you can hear it in the music. SOL (Summer Of Love) has a very ‘summer vibe’ feel, led by main guitars and chords so I just wanted to give it more movement and heavy bass. That paired with Shawn’s vocals made it a perfect fit.”

Mendes first teased his new song on Twitter on August 4 with a short video of him strumming on his guitar. The tweet was captioned “sol,” which translates to “sun” from Spanish. Two days later, he posted a video of him driving a convertible through mountains in the sunset, playing snippets of his new song. Then on his 23rd birthday, he officially announced the track with the single’s artwork.

A day before the single’s release, Mendes hosted a pop-up shop in New York City on August 19, where fans lined up to meet him and buy merchandise for the track. Fans can be heard screaming with excitement.

“Summer of Love” is Mendes’s second single of 2021. He previously collaborated with Colombian singer Camilo in a remix of “Kesi.”

Mendes also released his fourth studio album, Wonder, back in December 2020. It debuted No. 1 on the U.S Billboard 200 and Canadian Albums charts, with singles “Wonder” and “Monster” peaking in the top 20 of the U.S Billboard Hot 100.