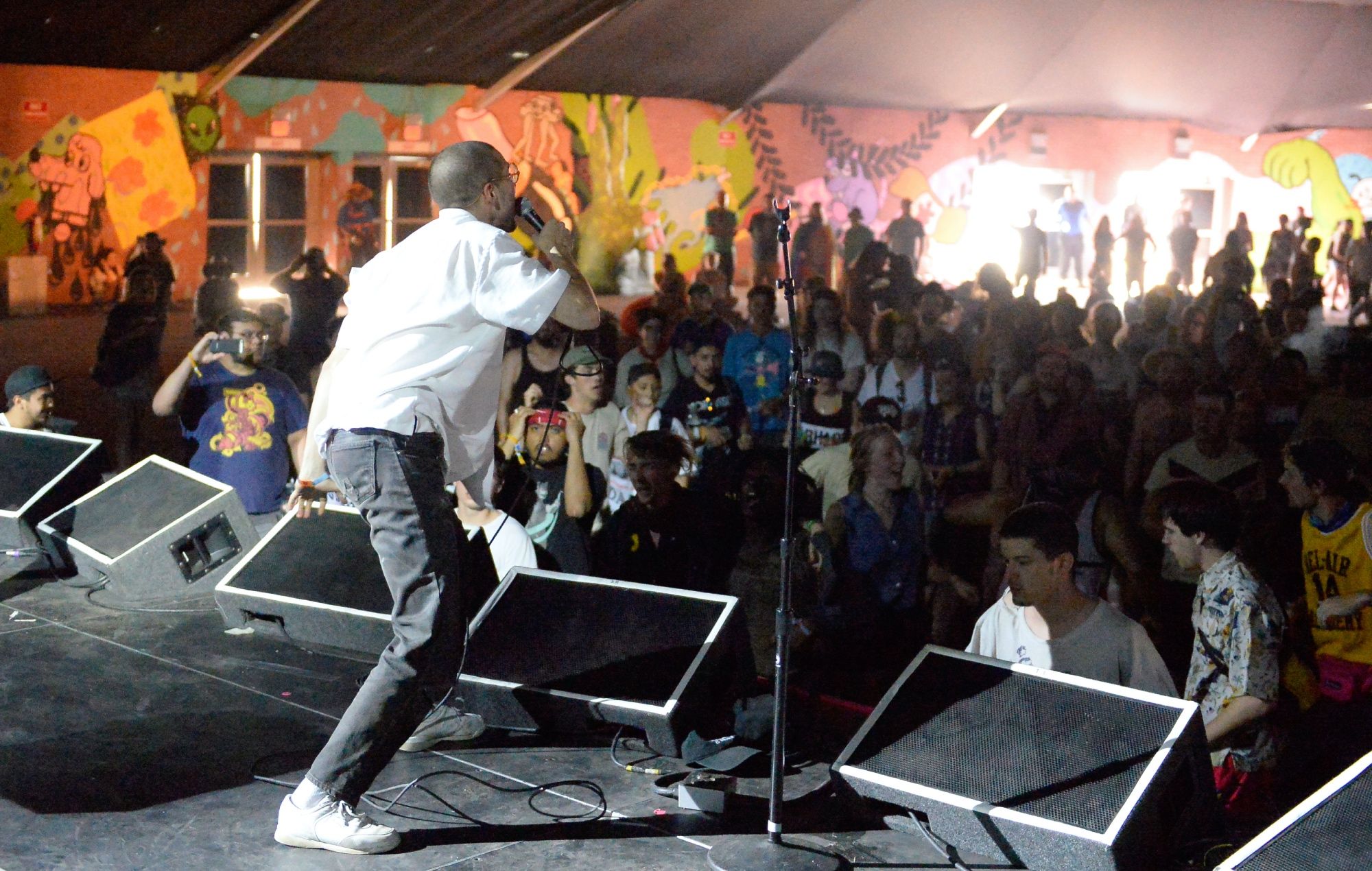 Show Me The Body frontman Julian Cashwan Pratt pushed a fan off-stage after they got up to film themselves next to the band.

The New York hardcore group, who released the single ‘Loose Talk’ last month, are currently out on the road in North America with Soul Glo and WiFiGawd.

Following a recent gig, fan-shot footage emerged of one crowd member crashing the stage and taking a video while standing close to Pratt. The singer and banjoist reacted by stepping away from the mic and shoving the man over.

As a result, the fan fell and knocked over a large speaker stack. Show Me The Body have since shared the clip on their official Instagram, simply captioning it: “NO DISRESPECT” – check it out below.

A post shared by SHOW ME THE BODY (@showmethebody)

Show Me The Body are scheduled to resume their tour in Seattle, Washington tonight (August 3) before making further stops in cities such as Vancouver, Portland, Baltimore and Las Vegas.

The band released their second studio album, ‘Dog Whistle’, back in 2019. They followed it up with the three-track EP ‘Survive’ in March 2021.

Speaking about the latter project, which was written and recorded throughout the COVID pandemic, SMTB explained: “The songs deal with spiritual and physical isolation, as well as staying ready and preparing for the next time we come together.”

In a four-star review of ‘Dog Whistle’, NME said that the group had found “a sense of clarity” on the record, adding: “[It’s] a manifesto for everything Show Me The Body’s early days promised.”