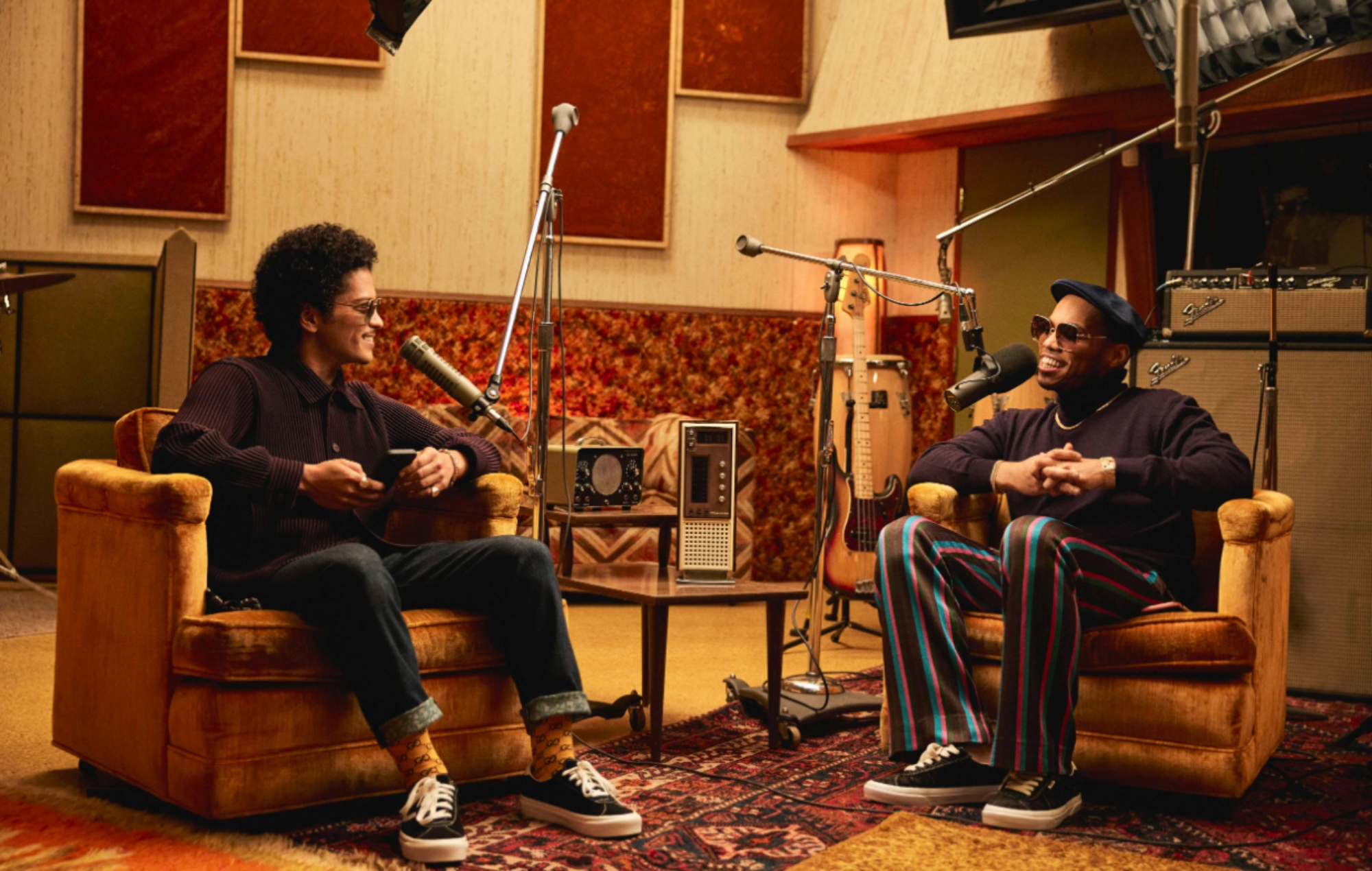 Today (November 17) it’s been confirmed that the duo will launch their own radio show of the same name at 3am GMT tomorrow (November 18). You can tune in here.

Silk Sonic will present four, hour-long episodes during which they’ll play a genre-spanning collection of their favourite music and speak to “surprise guests [with] even more surprising conversations”.

Mars and .Paak are set to be joined by Bootsy Collins on the debut instalment of An Evening With Silk Sonic. Check out an official trailer in the post below.

Excited to announce our brand new show on @AppleMusic , An Evening With #SilkSonic! Tune-in for the first episode tonight at 7pm PT! ✨ https://t.co/xBejax6IOq pic.twitter.com/y4E4KKBX7K

“Apple Music asked us to host a radio show to talk about the album. We had so much fun that we’ve decided to retire from music and become full-time radio personalities,” explained Mars in a statement.

“We want to thank Apple Music for helping us find our new calling. Goodbye cruel world of music. Hello, radio. See you at the top.”

.Paak added: “When we come together on those rare instances when the clouds open and the stars unite, we go as Silk Sonic. It’s been a long time coming, but it’s never too late to turn it around, and speaking of never too late, I think we right on time.”


In a five-star review of ‘An Evening With Silk Sonic’, NME wrote: “The songs are radiant and full of joy, formed from the synergy of two relentlessly creative minds.

“The album glows with appreciation for the simple but irreplaceable power of working alongside someone you trust and respect like no other — and it sounds as effortless and rewarding as an old friendship.”