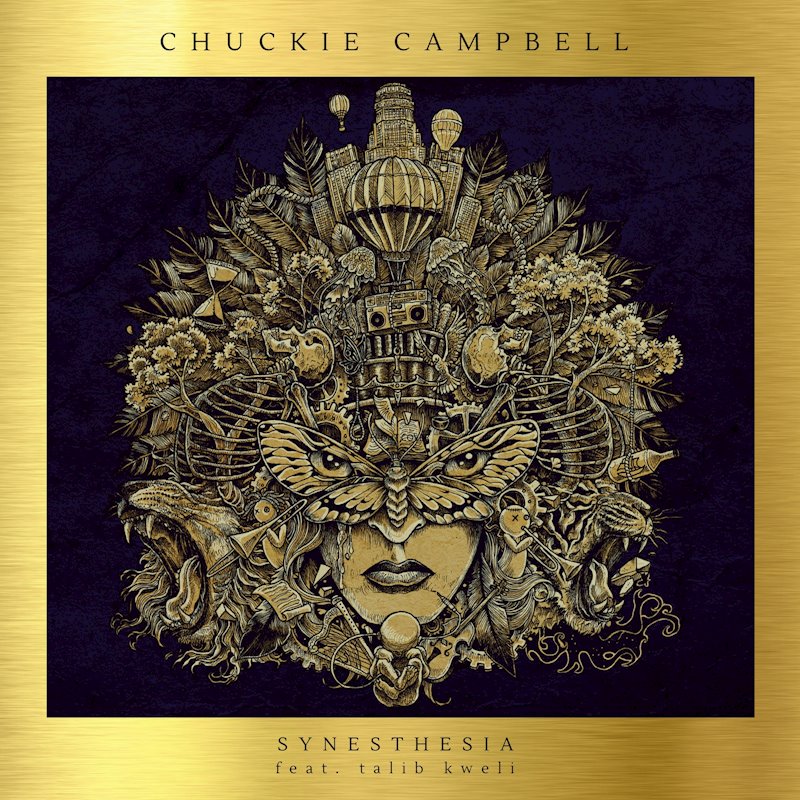 Chuckie Campbell’s eagerly anticipated album Taking Back Tomorrow releases Friday, June 8 on Deep Thinka Records and features a number of artist collabs, including Ras Kass, Nicole Atkins and Iesha Green. The second single off the album, a remix of Campbell’s hit “Synesthesia” will likely be one of the most talked about, however, not just because it’s a remix but because it features underground rap legend Talib Kweli.

Campbell was put on the hip hop map in 2013 with his poignant and political single “The Streets.” Since then he’s continued to create some of the most relevant-to-our-times lyrical narratives, including the original mix of “Synesthesia.” Campbell’s passion has earned him spots sharing the stage with the likes of Peet Rock, Ras Kass, En Vogue and Ghostface Killa. He’s been on the radar of politically influential hip hop for quite a while, so the collab with Kewli is clearly no surprise.

The original of “Synesthesia” is impactful enough, but the remix takes the song to another level. Musically the track goes in a more EDM direction than fans have seen in the past, as does much of Taking Back Tomorrow. This new beat structure really fits Campbell’s vocal timbre, a combination of 80s-style eletro and trap with some rock guitar flourishes. When Kweli comes in around a break in the music, making the track suitable for both trap and EDM venues. Both rappers’ lyrics and emotive, evocative and pack a mean punch while backed by the even more emotional dreamy music. This track pulls more than a few heart strings, and it’s clearly meant to do so.

Taking Back Tomrrow has thus far been released in a series of singles and videos, and it looks like more videos will continue to be released after the album is fully dropped on June 8. In addition to the “Synesthesia” lyric video, one for the single “Love Leaves a Witness” with Nicole Atkins is already out, and the video for “Smoke” is due out on June 7, right before the album drops. “Love Leaves a Witness” video is below, but keep an eye on Campbell’s YouTube channel for the rest of the videos. Taking Back Tomorrow will likely be one of the most important hip hip/pop EDM albums of this year.