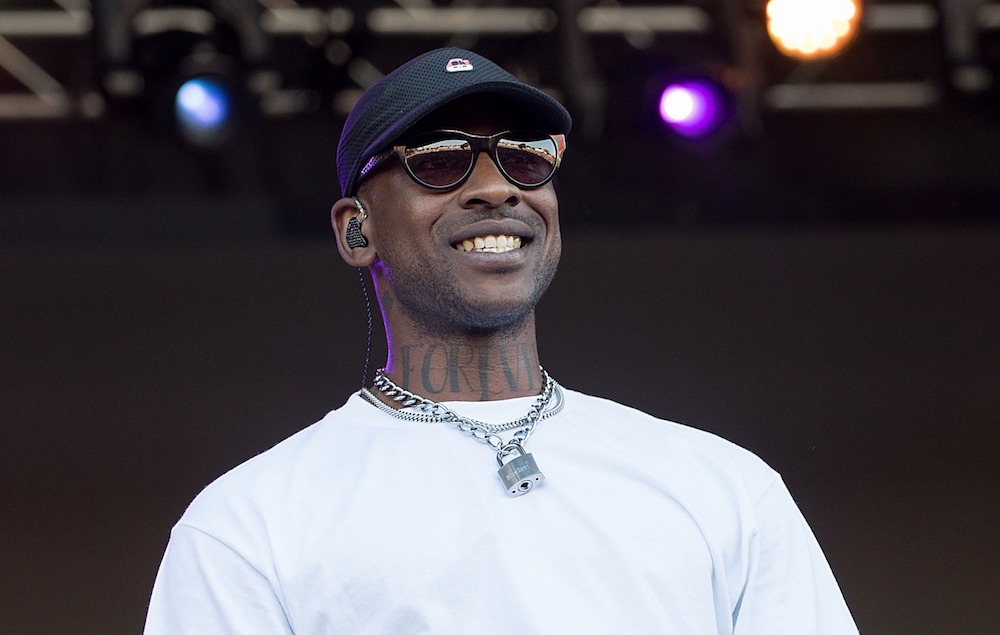 Skepta has officially confirmed that his new EP, ‘All In’, is set to arrive later this week.

The rapper first announced the five-track EP last month, after hinting back in March that he might be retiring after one more song.

Last week, Skepta took to Instagram Live to refute claims that he’s retiring from music. “I could never quit music,” he told fans. “I don’t know who’s pushing that narrative, pushing that agenda that Skeppy is stopping music and all that. How? I am music.”

He then seemingly revealed that his new project will come out on July 30, the week after Dave’s new album ‘We’re All Alone In This Together’. “I’m going to let Dave’s album come out this week then I’m going to drop it the week after,” he said.

Earlier today (July 25), the ‘Shutdown’ rapper shared the official tracklist for ‘All In’ – which includes features from Kid Cudi, J Balvin and Teezee – and confirmed that the project will indeed br released on Friday (July 30).

See the announcement below:

Skepta’s most recent music came in the form of new track ‘Lane Switcha’, a collaboration between the Tottenham rapper, A$AP Rocky, Juicy J, Project Pat, and the late Pop Smoke, taken from the Fast & Furious 9 soundtrack.

Before that, he appeared on Kid Cudi’s most recent album, ‘Man On The Moon III’, on the track ‘Show Out’, also featuring Pop Smoke.

In a four-star review of Cudi’s album, NME‘s Will Lavin wrote: “A surprising moment arrives when Cudi teams up with Skepta and, posthumously, New York’s Pop Smoke for the drill-infused ‘Show Out’. Venturing into new territory, Cudi’s drill excursion is more about letting off steam than it is about indulging toxic energy.

“He proclaims that he ‘ain’t no bitch’, his bravado running rampant over the whirring baseline and menacing hi-hats, standing triumphant with a crew whom Skepta claims carry ‘guns same size as Kevin Hart’.”

Meanwhile, Skepta will headline this year’s Wireless Festival alongside Future and Migos.

The annual festival is moving to south London’s Crystal Palace Park for this year’s event, which is set to run from September 10-12.