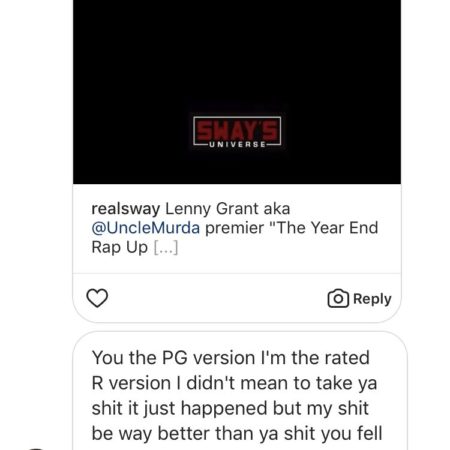 Today a beef that has been threatening to pop f for a couple years now comes to a head as Skillz comes for Uncle Murda’s neck on a new diss called “Murda Gram” over the instrumental the same name. As you probably know, Skillz started the year-end ‘Rap Up’ tradition years ago before Murda stepped in and started dropping his takes back in 2014. Light jabs had previously been exchanged between the two, but a recent DM from Murda appears to have pushed Skillz over the edge.