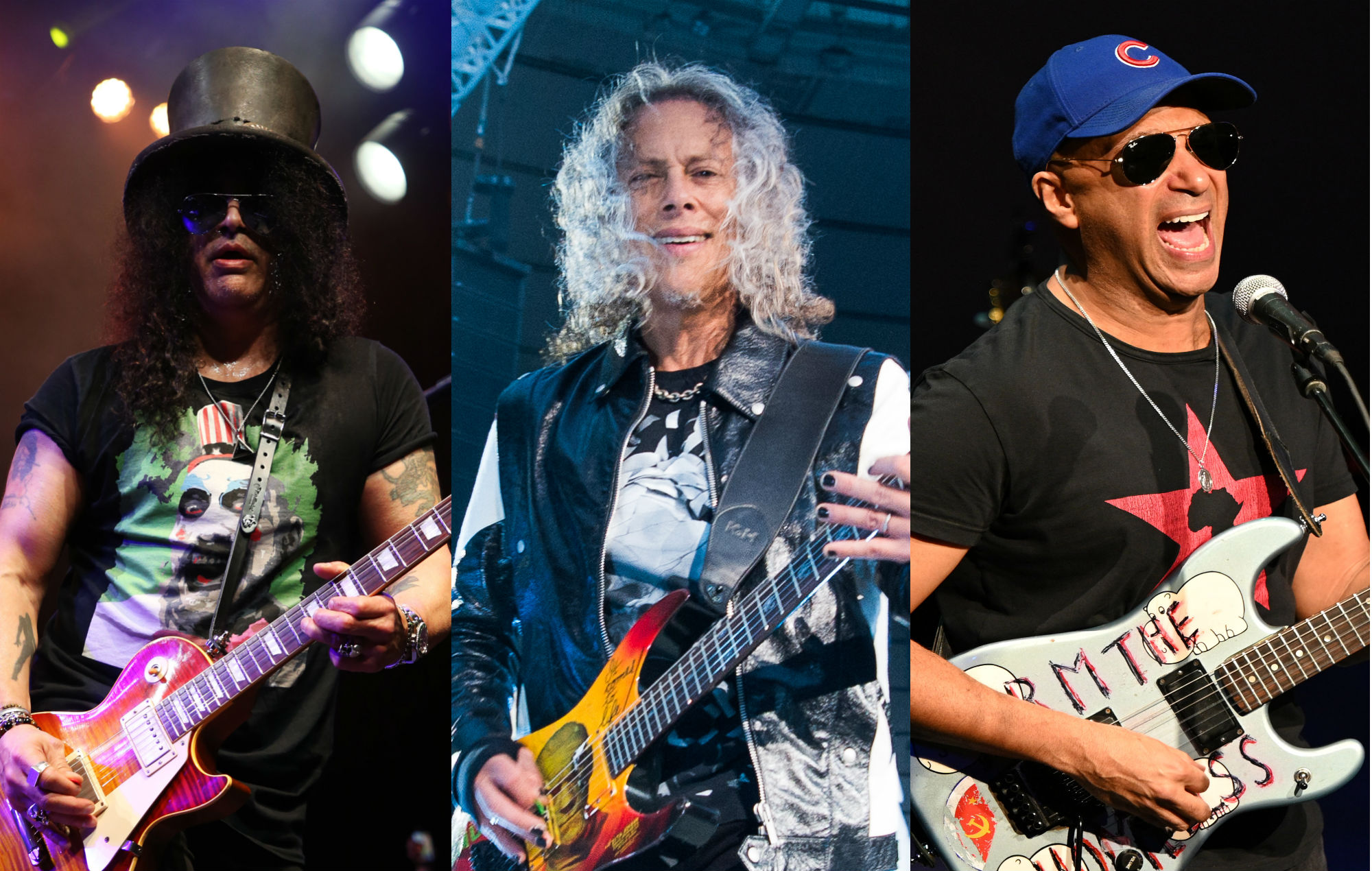 The Rock and Roll Hall of Fame paid tribute to Eddie Van Halen during its virtual ceremony last night (November 7), with a powerful performance led by Guns N’ Roses‘ Slash, Metallica‘s Kirk Hammett and Rage Against The Machine‘s Tom Morello.

The legendary guitarist died last month after losing a long battle with throat cancer. His passing was confirmed by his son, Wolfgang.

“Eddie Van Halen was a tremendously gifted musician,” Slash said at the ceremony. “His style and his sound were completely unique to him. He had a massive impact on guitar playing. I don’t think there’s anybody who’s picked up guitar since 1978 that hasn’t been touched in some way by Eddie Van Halen’s influence.”

“Eddie Van Halen was amazing,” Hammett said. “Not since Jimi Hendrix had there been a guitar player that had so much impact and was so inspiring to me. He just explored the most simplest thing: a harmonic on a string and brought it into this realm of technique that no one even thought was possible. He was from a different planet.”

Morello added: “Eddie Van Halen was the Mozart of our generation. He had the kind of talent that maybe comes around once a century. Eddie Van Halen inspired me to practice 20,000 hours to try to get within 100 miles of his inspired mastery of the guitar.”

The evening also saw Iggy Pop induct Nine Inch Nails into the Class of 2020, as well as a tribute to T-Rex’s Marc Bolan from Ringo Starr.

“When I first heard about Nine Inch Nails and I heard a little of their music, I thought, ‘Well, who is this guy?’,” Iggy said of Trent Reznor during his induction speech. “So I took a look and I saw a face straight out of 15th century Spain. I think Trent could have played Zorro.”