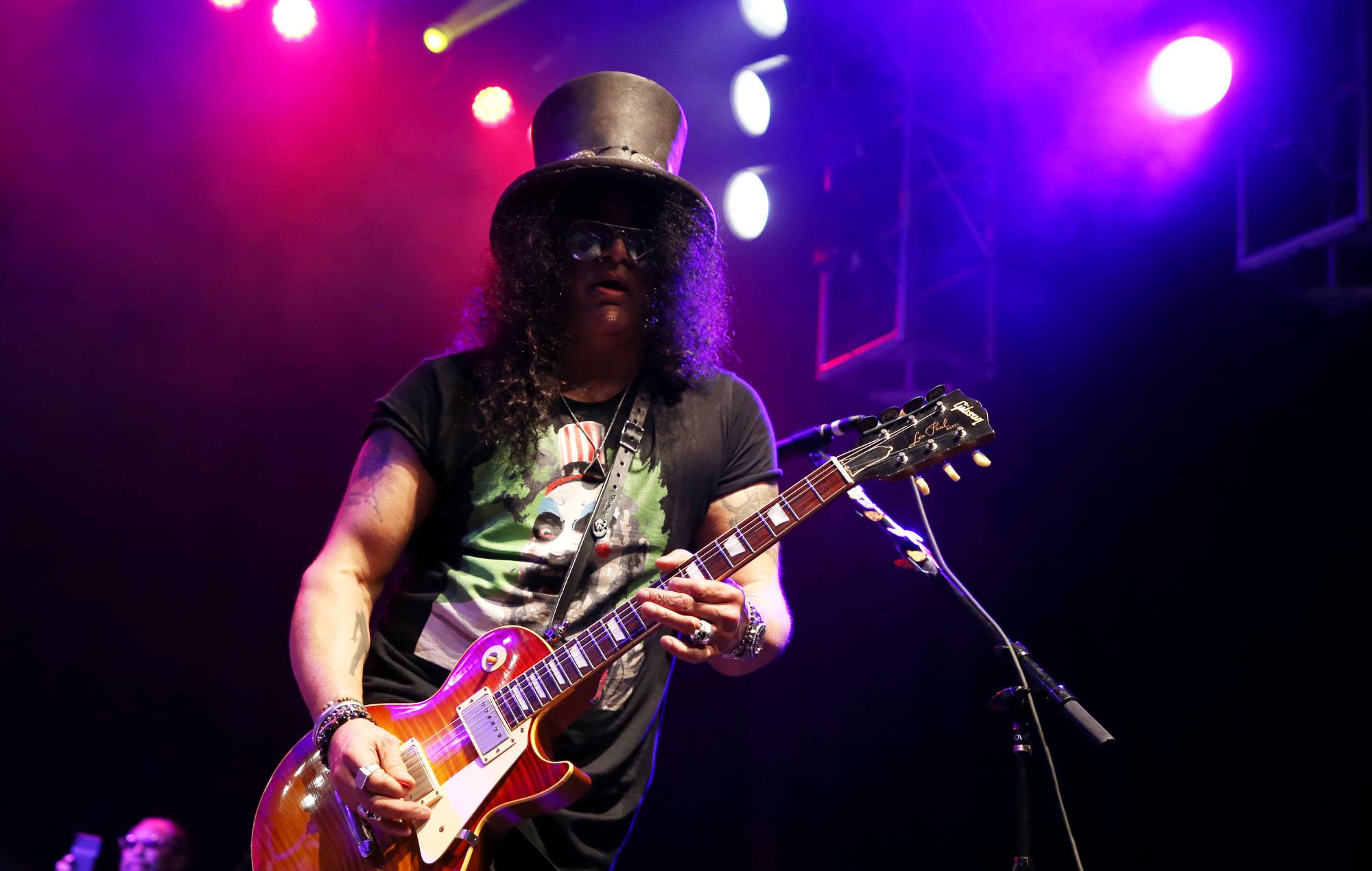 Slash to release new single ‘The River Is Rising’ on Friday

Slash has announced that his new single with Myles Kennedy & The Conspirators, ‘The River Is Rising’, will be released on Friday (October 22).

The track is taken from the upcoming new LP from Slash featuring Myles Kennedy & The Conspirators, which is set to be released via Gibson Records.

After declaring earlier this month that the album is “probably the best one we’ve done so far”, Guns N’ Roses guitarist Slash has now announced the record’s first single, ‘The River Is Rising’.

“This was the first time that we actually did all the guitars, bass and drums live at the same time, and kept all those tracks. And we also did the vocals live as well,” Slash explained in a teaser clip for the song, which you can watch below.

“So the record just sounds like the band playing the songs that we came in with, but it’s us playing in the moment. And that’s what we were going for.”

Vocalist Myles Kennedy adds in the clip: “This one’s pretty much a live record, from my standpoint. You’re just trying to kind of document where you are at that point in life, and do it in an authentic way.”

The new album, which has yet to receive a title or a release date, will mark Slash’s fourth with Myles Kennedy & The Conspirators, who comprise of Kennedy (vocals), Todd Kerns (bass, vocals), Brent Fitz (drums) and Frank Sidoris (guitar and vocals).

Sidoris confirmed earlier this month that he and his wife Alexandra had been involved in a serious car accident, describing the incident as “a truly traumatic experience”.