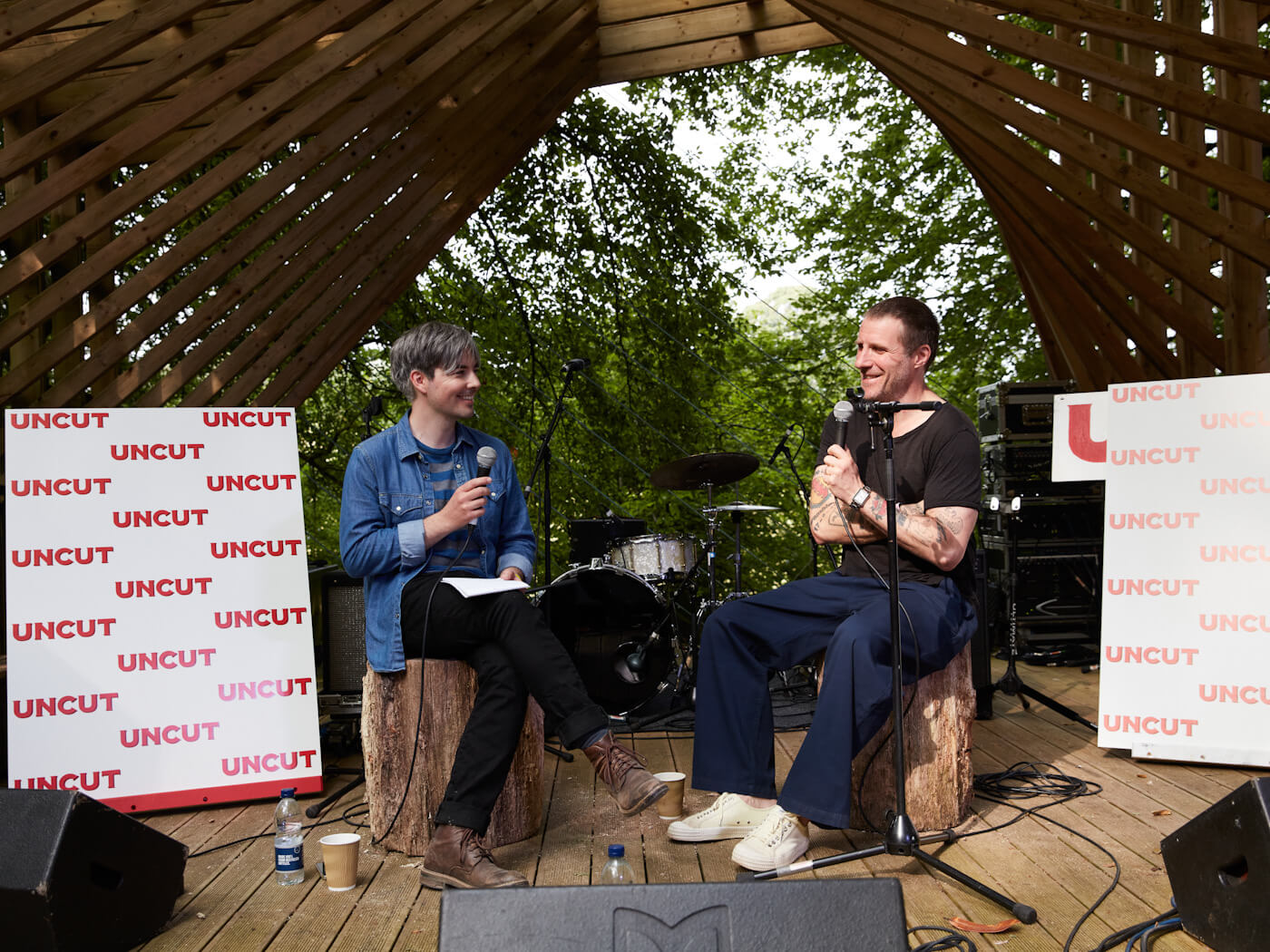 The sign reads, ‘Stand up comedy, by its very nature is not for little ears’. Uncut’s season of Q&As at this year’s End Of The Road Festival are being held on the Talking Heads stage, a venue more suited to late night comedians. While you wouldn’t want to risk a bunch up the bracket by calling Jason Williamson a stand up comedian, you could attribute him certain characteristics of the craft. In song, Williamson is a shrewd observer of life, with an ear for a good punch line. In conversation, the same is pretty much true.

Introduced to a capacity crowd as the “kitchen folk singer in Ben Wheatley’s Rebecca” – his nascent film career will be addressed later – Williamson muses on the impact the last 18 months pandemic disruption has had on his life and music. He is cautious about his attitude to returning to live shows, post Covid: “It’s the same old, but it’s weird.” And expresses the frustration at releasing a new album, Spare Ribs, during lockdown but being unable to immediately take it out on tour.

He develops something of a routine as he digs into the anti-vax movement – “All these people have become anarchists because they can’t go to Ibiza for one year.” It develops as a riff: “Anti-vax, fascism, transphobes, the list goes on. I mean: no.” Much of this feeds into Williamson’s relationship with Twitter – the way people “send you links to an article written by someone in Arizona. Why can’t they use language to get their point across?” In a curious way, Williamson has become a spokesman for common sense.

Williamson’s open, straight-talking and honest attitude is often bracing. On five years clean from drugs, he says, “I don’t think about it… much. Or dream about it. Much. But it had to stop. Or it’d be… hell.” He is equally forthright about his attitude to Sleaford Mods’ history: “It’s not 2015, we’re not the same band we were.” He talks of bands’ 10 years cycles – particularly Oasis – leaving him to conclude they probably have another four years left before it goes wrong. He reveals that way that he and Andrew Fearn work has changed: “Andrew brings the Chas & Dave voice melodies.” He talks about performance – his own and Fearn’s initial reluctance to appear on stage. He understands, meanwhile, the ways in which Sleaford Mods have to evolve – and the means they have to do it.

Williamson crams so much thinking in to the Q&A that by the end, it feels like you’ve spent a couple of hours down the pub in good company – rather than 45 minutes in a woodland glade with sheep grazing in the distance.