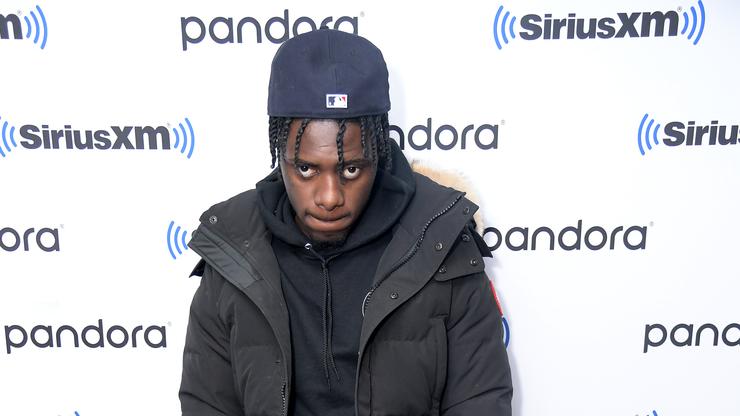 Sleepy Hallow announced the release date for his new album, “Sleepy For President,” along with the cover art and tracklist, with features from Sheff G and more.

Brooklyn drill rapper Sleepy Hallow just announced that his new album, titled Sleepy For President, will be dropping later this week, and we can expect to hear some exciting features on it. Sleepy made the announcement on Wednesday (June 3rd) Instagram by sharing the official album art by @kidflvsh and the tracklist for the project.

“THIS FRIDAY, JUNE 5th,” Sleepy wrote in the caption. “IF Y’ALL READY DROP SOME COMMENTS !” On the front cover, Sleepy appears in animated form, smoking and counting his cash while he has his feet up on the desk in the Oval Office as the world bursts into flames outside his window. The title of the album reads Sleepy Hallow Presents: Sleepy For President, and on the back, a full tracklist of 12 songs is laid out. Featured artists include Sleepy’s frequent collaborator and close friend, Sheff G, along with fellow Brooklyn rappers, Fivio Foreign and Jay Critch, and R&B singer, Foushee.

Sleepy For President will follow Sleepy’s debut project, DON’T SLEEP, which dropped last October. Check out the full tracklist below and keep an eye out for Sleepy’s sophomore project dropping this Friday.