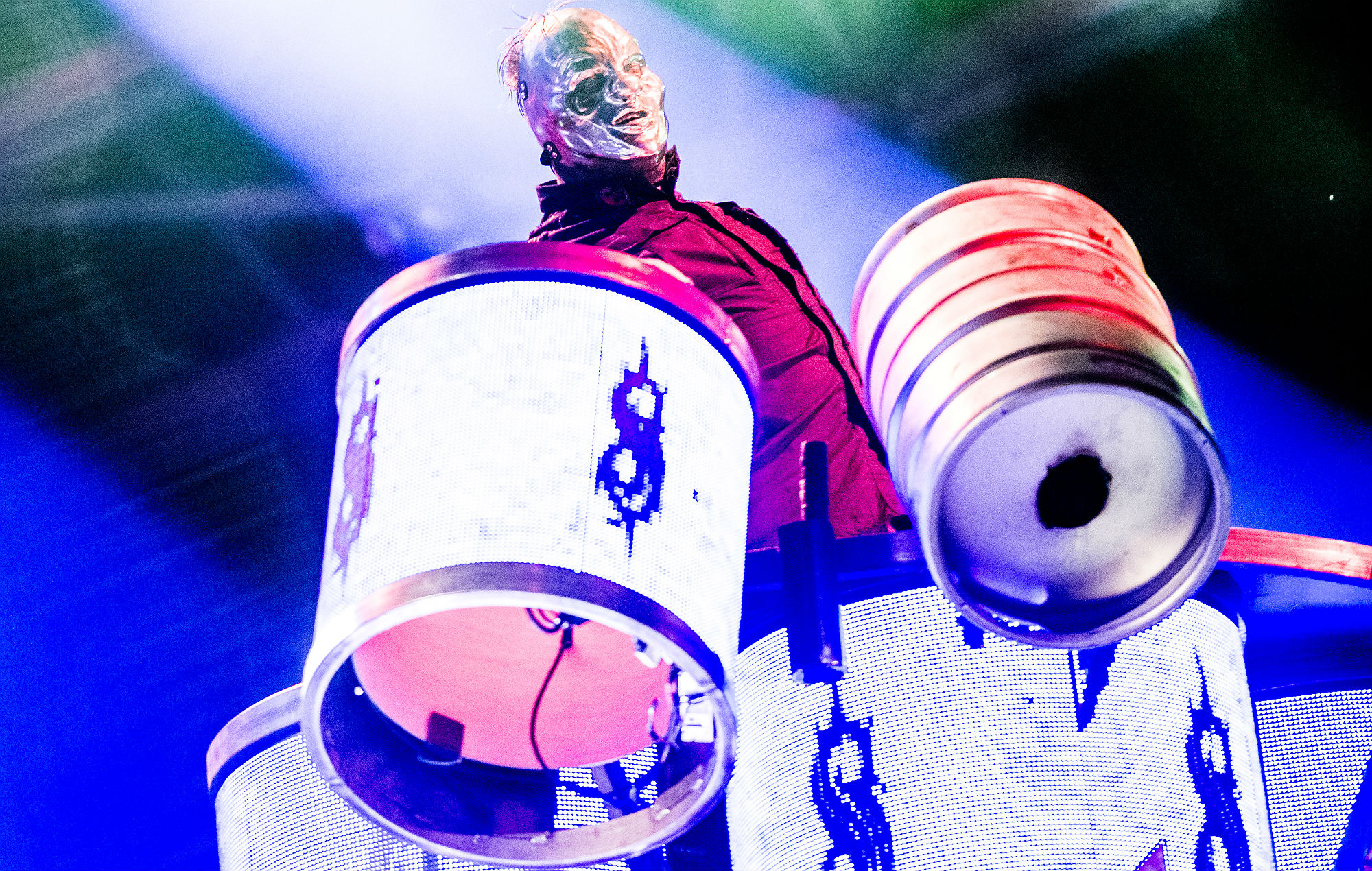 Slipknot‘s M. Shawn ‘Clown’ Crahan has confirmed that the band have been writing new music recently.

The new material could be set to feature on the follow-up to Slipknot’s last album ‘We Are Not Your Kind’, which arrived back in August 2019.

Frontman Corey Taylor revealed last month that the band had begun planning their next album, and Clown has now confirmed that Slipknot have started writing new music.

Speaking late last week during a live broadcast of a signing session (where Clown, Alessandro ‘V-Man’ Venturella and NG/’New Guy’ — AKA ‘Tortilla Man’ — signed bottles of their signature No. 9 Iowa Whiskey), Clown said that it was “an interesting time” in the Slipknot camp.

He added: “Since everybody’s taken a lot of time off [during the coronavirus pandemic], we thought we’d utilise it by getting together and do what we probably do best: which is write music.

“So it’s been good, because there’s no pressure. It’s not like we have to. We’re doing it ’cause we want to. And it’s just been a blessing, because boredom can set in. And I know all of us in the world are going crazy, so we’re really lucky to be able to be together and do what we love most.”

Pressed on what sort of subjects Taylor may write about lyrically in the new material, Clown said: “We don’t usually speak for Corey, or whatever, but I can imagine that anything that affects him and affects us and affects you will be included.

“To the extent, I don’t know how blatant it will be, I don’t know, but we are all living this, and everybody’s involved,” he added about the pandemic. “I wouldn’t really know what what road [Corey] is gonna be going down or information that he wants to spread. I’m not sure. We’re not quite there yet.”