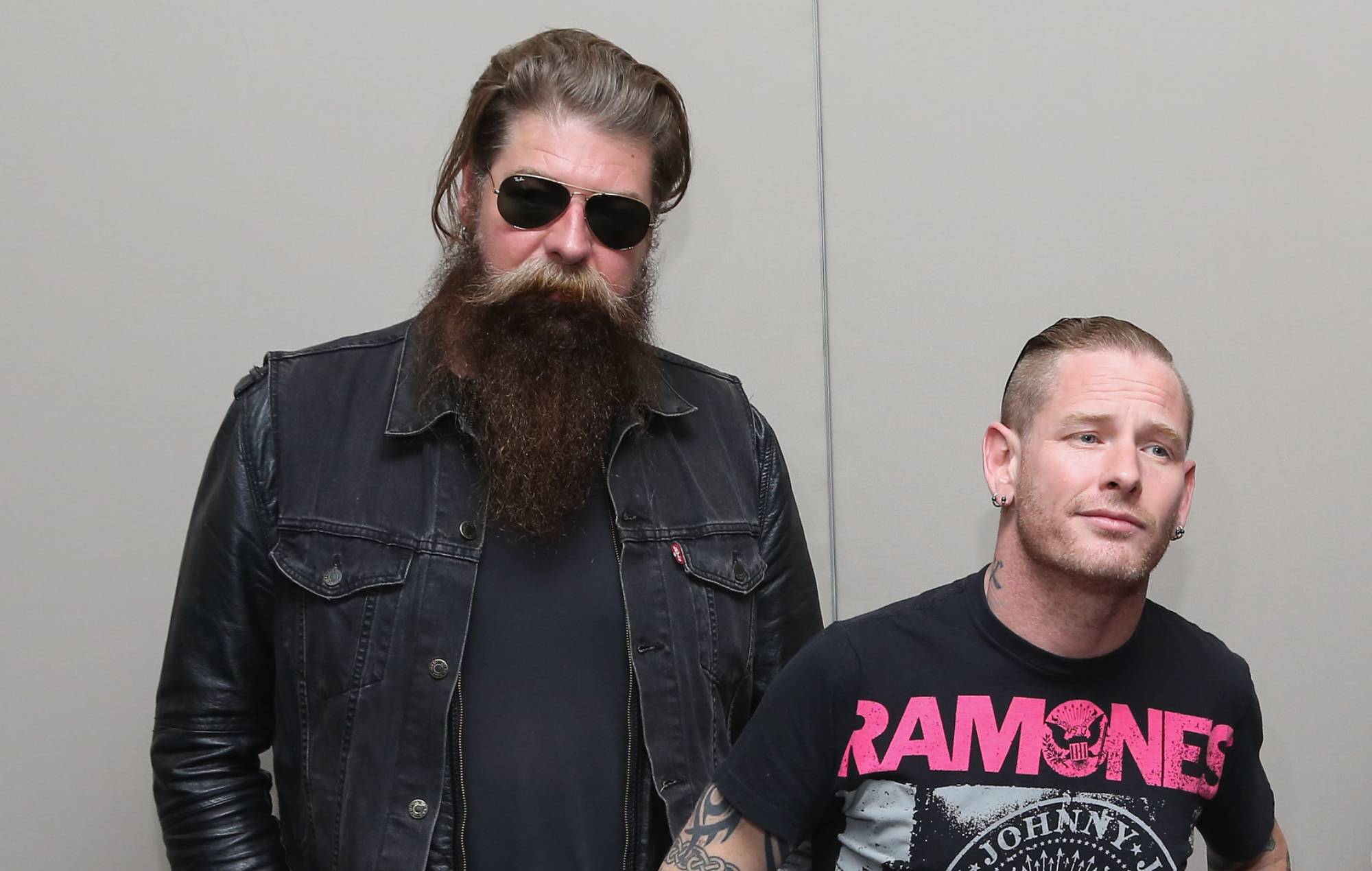 Slipknot and former Stone Sour bandmates Corey Taylor and Jim Root are discussing the possibility of forming a new band.

Root previously stated that he wanted to “get away from that sinking ship” upon departing Slipknot previously, and later admitted that “[Taylor and I] would have just ended up killing each other and driving each other crazy” had he stayed.

Speaking in the new issue of Metal Hammer (via Loudersound), however, Taylor said: “He and I are very different people, and we were both going through our own shit in life. We reconnected, and we’re actually talking about doing some stuff on the side, outside of Slipknot and Stone Sour.”

The frontman said that he couldn’t “sit here and say that I wasn’t responsible for some of the bad feelings” between the pair, adding: “That can only come with self-reflection, and the fact that the things that were going on in my life rippled and affected other people. Once you own up to that, you can start to mend bridges by showing people that you are truly sorry.”

Last week (September 6), Taylor explained the meaning behind the title of Slipknot‘s forthcoming seventh album, ‘The End, So Far’.

The metal titans are due to release the record – the follow-up to 2019’s ‘We Are Not Your Kind’ – on September 30 via Roadrunner (pre-order/pre-save here). It’ll feature the previous singles ‘The Chapeltown Rag’, ‘The Dying Song (Time To Sing)’ and ‘Yen’.

During a live show over the summer, Taylor took a moment to “clear up” any rumours that suggested the name of Slipknot’s forthcoming album could be signalling the band’s impending break-up.

“That could not be further from the fucking truth, my friends,” he told the crowd that night. “The reason the name is ‘The End, So Far’ is because it is the end of one chapter, and the beginning of another chapter.”